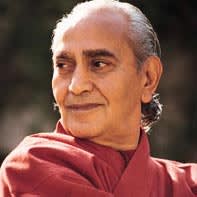 One of the greatest adepts, teachers, writers, and humanitarians of the 20th century, Swami Rama (1925-1996) is the founder of the Himalayan Institute. Born in Northern India, he was raised from early childhood by the Himalayan sage, Bengali Baba. Under the guidance of his master, he traveled from monastery to monastery and studied with a variety of Himalayan saints and sages, including his grandmaster who was living in a remote region of Tibet. In addition to this intense spiritual training, Swami...(show full bio)