3 Common Alignment "Rules" We All Break and Why it Matters 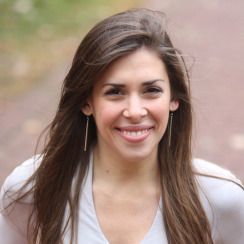 A traditional yoga practice typically incorporates quite a few strict alignment rules. You’ve probably heard teachers say these rules are meant “to protect your knee joint” or “to keep your spine safe,” often citing anatomical or biomechanical reasons to support their cues in an attempt to mitigate injury.

But what’s interesting is that these “unbreakable rules” don’t often translate across all postures. For some asanas, they are applied unequivocally, yet for others not so much.

I think it’s worth considering why. Why are we encouraged to position our bodies in one way in one pose but not in another? Do traditional alignment rules really mitigate injury or do they serve some other purpose? Should teachers continue to use these cues?

I think these questions warrant further investigation across all alignment instructions in yoga, but especially regarding the following cues, which are a select few “steadfast” rules that, for some reason, don’t apply to all asanas:

1. “Don’t Let Your Knee Move Past Your Ankle”

This is an oft-quoted cue in the yoga world. In postures like lunges and warriors, we’re often taught that moving the knee past the ankle is dangerous for the integrity of the knee joint. Therefore, in order to keep the knees safe, we must align them directly over our ankles or slightly behind them—but never, ever past the ankles.

Well, that is until we practice garland pose (malasana) or side lunge (skandasana). In these poses, this “unwavering” alignment rule is waived. In order to squat so low to the ground in these poses, the knees must move beyond the ankle joints.

So why is this alignment “dangerous” for the knees in certain poses but not in others?

You could argue that the biomechanical force vectors change in these various postures, meaning that the amount of force exerted by the surrounding muscles, the pull of gravity, the angle of the joint structures, the ground reaction force, and more are mechanically different in the different shapes. The direction of the forces and the length of the moment arms also can change when the joint position changes, so you could argue that the transmission of these forces through the knees changes as the shapes change—because they do.

But what if you don’t have enough range of motion in your hips to practice malasana? You’d probably be told to keep your hips farther away from the floor, which then makes the pose significantly harder to hold than the traditional form, and also means that there’s much more force being transmitted through your knee joints—all with your knees past your ankles.

Somehow I don’t think the yoga gurus of the past were measuring biomechanical force transmission in the body when they developed standardized rules for alignment. The more likely explanation is that cues have to compensate for the varying aesthetics of different postures. And while there may be more load transmitted through the knees in specific poses, that isn’t necessarily a bad thing at all! In fact, the concept of healthy, progressive loading is at the root of exercise science. We know that when we load our biceps by lifting weights, we strengthen them. The same rings true for other tissues in our bodies, including those within joints.

Furthermore, while a very interesting study from the University of Memphis found that knee stress did increase by 28 percent when squatting with the knees in front of the toes, it also found that when knee movement was restricted, hip stress increased by over 1,000 percent! By restricting the mechanics of the knee joint, we could actually create potential stress farther up or down the kinetic chain.

But stress isn’t necessarily bad, nor does it equate to injury. The findings of this study are not meant to scare you or make you completely realign your warriors and lunges. They simply inspire us to ponder why the rules of alignment allow us to move our knees past our ankles in garland pose but not in warrior II.

Ultimately, it is not inherently detrimental to the knee joint to move it past the ankle joint—not even when bearing the entire load of our body weight, such as when standing on one leg. In fact, we do this all the time when we climb stairs without ill effects. If you’re currently seated, watch your knee joints in relation to your ankle joints as you stand up. You might be surprised to find that in order to stand, your knees must move past your ankles.

So I think it’s safe to say that most of us can do the same in our yoga practicewithout fear of tearing our meniscus, anterior cruciate ligament (ACL), or any other structure in or around the knee. Of course, injuries can and do happen, but it’s highly unlikely that an injury will occur in a healthy knee joint because you’ve moved the knee past the ankle. If you haven’t injured your knee in malasana or while walking down stairs yet, you probably won’t.

Another common cue students are given is to find length in their spine or to create a “flat back” when practicing most yoga postures—particularly forward folds. We’re often told that rounding the spine places too much pressure on its intervertebral discs and could damage them. I’ve heard numerous teachers say that rolling up to stand from a forward fold is just plain dangerous because of the spinal flexion it creates against the force of gravity.

A quick Google search for “why you shouldn't round your back in yoga” reveals some pretty scary claims: you could rupture a disc, tear a ligament, strain a muscle, etc. So many teachers tell students to always maintain a neutral or lengthened spine in order to stay “safe.”

That is until we practice crow pose (bakasana) or cat pose (marjaryasana). Again, for reasons that defy logic, spinal rounding is not only “allowed” in certain postures but encouraged and actually necessary to create certain shapes. So why is it allowed in some poses but not in others?

To play devil’s advocate, I could again argue that the load transmission is different for the spine in the various shapes—which, of course, it is. However, the spine certainly bears load in crow pose and yet rounding it there doesn’t seem to be harmful to spinal health. In fact, it makes the pose more sustainable.

For the record, rounding the spine is not detrimental to spinal health. On the contrary, it’s actually necessary for healthy, spinal function. Our spines are designed to move in six (some might even say seven) different directions: lateral flexion (sidebending) right and left, rotation right and left, flexion, and extension. (You could also include axial extension, which many believe to simply be a reduction of the spine’s natural curves through a combination of the other movements.)

Notice that flexion is on the list of normal, healthy spinal movements. So if you’re working with a normal, healthy spine and you’d like to keep it that way, then flexion should be a part of your movement patterning—whether that’s in crow pose or a seated forward fold or both.

(If you already have a spinal pathology such as osteoporosis, spinal flexion may be contraindicated in your case. Always check with your healthcare provider before incorporating new movements into your practice.)

This doesn’t mean you should always round your back in every posture you practice. Instead, maybe just simply question: Why is this allowed in some poses, but not in others? Does this cue serve me in this pose—and, if so, how? And then come to your own conclusions.

3. “Don’t Let Your Shoulders Ride Up Toward Your Ears”

This is another super common cue that I’ve heard countless times in postures like upward salute (urdhva hastasana), warrior I (virabhadrasana I), downward facing dog (adho mukha svanasana), or really any position in which the arms are lifted overhead—regardless of their orientation to gravity. Teachers often advise students to not allow their shoulders to ride up by their ears in order to avoid “compressing” the neck.

That is, of course, until we practice handstand (adho mukha vrksasana). In handstand, it’s not only advised to elevate the shoulders toward the ears (to create a “hollow body” shape), it’s actually necessary in order to stabilize the shoulder girdle in that position.

In fact, allowing the scapulae to elevate is always necessary when flexing the shoulder joints. This is due to what’s called scapulohumeral rhythm. In order for your humerus to remain inside its socket, the entire joint needs to rotate upward as you reach your arms overhead. But there is a difference between allowing your shoulders to elevate and actively scrunching them up to your ears out of sync with the movement of your arms.

The glenoid fossa (the socket) is part of the scapula, and thus, when your humerus reaches up, your scapula must also elevate and upwardly rotate. In other words, your shoulders must lift toward your ears. This is neither wrong nor dangerous; it is healthy, normal, and necessary—not just in handstand, but in all postures when your arms reach up, especially when you add load like your own body weight.

So then it’s worth considering: Is the cue “don’t let your shoulders ride up toward your ears” functionally helpful or is it simply “tradition”?

Alignment is not universal across all bodies, nor is it even universal across all postures. Many classic alignment “rules” have been characterized as protecting the physical body when in fact they don’t necessarily do so. What they often do, instead, is instill fear in practitioners and make them believe that there is only one “right” way to embody any given pose.

In reality, we are not machines, but living, breathing organisms. Biomechanically, we respond and adapt to stresses on our tissues. Not only that, but stress is needed for our tissues to thrive.

For a healthy individual, there are a multitude of ways to safely practice any given yoga posture. So when it comes to our asana practice, asking why an alignment rule has to be followed in one pose but not in another doesn’t always have a clear answer. And I think it’s a topic worth investigating by each practitioner in their practice.