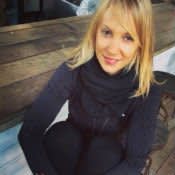 “I’m not flexible enough to do yoga.”

“I need to lift weights to feel like I worked out.”

Oh, the many misconceptions about yoga! As a yoga instructor, I hear them almost daily. Though yoga has become much more well known over the past few decades, the idea that we yogis and yoginis spend our days standing on our heads, chanting, and eating lettuce surprisingly still runs rampant. Every discipline is subject to fallacies and criticisms, of course, and yoga is no exception. Among the plethora of wild assumptions out there, here are three of the most common misunderstandings that I've come across.

Oh, the many misconceptions about yoga! As a yoga instructor, I hear them almost daily.

Ok, I'll admit, it can be pretty satisfying to see the body builder who thought yoga would be "easy" trembling, red-faced, and sweating through their first yoga class. The student who enters the room with an air of overconfidence is often the same student who leaves feeling slightly stunned about how challenging the physical practice can actually be. And often, that will be the student who comes back to class repeatedly. The particular misunderstanding that yoga is not much more than easy stretching is, well, understandable. With all of the different styles and lineages of yoga, the practice as a whole can't easily fit into a single fitness category. Yoga can be anything from a sweaty cardio session to a physical therapy session. It can be meditative or it can act as a muscle strengthener. You may leave a class feeling like a dancer, an acrobat, or a noodle. While it’s true that increased flexibility is a well-known benefit of yoga, there are so many more benefits that the practice has to offer as well, such as increased breath awareness, body awareness, and mental clarity.

Yoga is the joining of the mind, body, and spirit. It's an inner peace and union with the environment by means of quieting the constant chatter of the mind, creating a healthy body, and being at peace with who you are and the world around you. This harmony is achieved by following certain guidelines. The Yoga Sutra, which was written by the sage Patanjali around 2,000 years ago, describes eight limbs of yoga, and asana (posture) is only one of those eight limbs. Sure, flowing from one posture to the next can be physically challenging, and by the same token, holding a posture in perfect alignment for five breaths or more can also be exerting. Therefore, a yoga class or a yoga flow can be interpreted as exercise. Yoga itself, though, is a way of life. It encourages its practitioners to follow a series of suggestions each day that will eventually lead to liberation. Such suggestions might include speaking truthfully, practicing self-discipline, and living simply. They can be achieved through conscious practice as well as through meditation and breathing and physical exercises. In this sense, your approach to personal relationships, your reaction to losing your job, or the practice of loving yourself are all forms of yoga.

3. All yogis are vegetarians.

“Wait, you ate a STEAK? Aren’t you a vegetarian?” This is the normal reaction of my students when the topic of food arises, which it often does. I am a self-proclaimed foodie on top of being a yoga instructor, and yes, once in a while I do indulge in a steak. I grew up a vegetarian and at the age of 16 decided it wasn't for me and expanded my horizons to include meat. While some are shocked to hear such a confession, whether or not a yoga practitioner should eat meat is an age-old argument. As controversial a subject as it may be, the reality is that no, not all yogis are vegetarians. Of course there are specific styles of yoga, such as Jivamukti, that promote vegetarianism or veganism. Why? One of the yamas, or guidelines, of a yogic lifestyle is ahimsa, or non-harming, which is commonly interpreted to include non-violence toward animals. Therefore, it is argued, animals should not be killed for food. And this is a very solid argument. On the other hand, there are many who say that ahimsa includes not inflicting violence upon oneself as well, and that certain individuals may need to include meat in their diets for health reasons. In these cases it could be argued that denying the body the necessary nutrients that come from meat would be a form of harming. In the end, whether or not to eat meat is a personal choice that most practitioners inevitably experiment with.

No matter your physical, spiritual, or dietary background, there is a form of yoga out there for you! Commit to your practice and allow yourself time to experiment with the different styles. From ashtanga to kundalini, and everything in between, there is bound to be a type that speaks to you!

Bethany’s yoga practice began 10 years ago, and strengthened through the years. She has had the opportunity... Read more