4 Tips for Teaching Yoga to Preschoolers 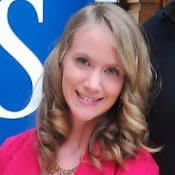 I announce that it's time for animal yoga, and the kids chime in:

“I want to be a baby dinosaur!”

“Okay, let’s be dinosaurs, and yes, Allison, you can be a baby dinosaur,” I reply.

Soon the room turns into a scene from The Land Before Time as the kids wave their arms like wings, crawl on hands and knees, or assume a down dog-like position. Everyone is laughing, smiling, and having tons of fun.

This is what preschool yoga is all about. And teaching preschool-age yogis who are light-hearted, creative, energetic, and (thankfully) quite forgiving is immensely rewarding. But as you can probably tell, it's not anything like teaching yoga class to adults. You're working with a completely different audience, so the content has to be different. But how?

In the four years that I've been teaching yoga to kids, here are four of the most important tips I've picked up for teaching a Pre-K class that's age-appropriate and enjoyable:

1. Class plans are a good reference, but that’s about it.

When you first start teaching or if you're incorporating something new into class, it can be nice to bring along a lesson plan or notes to jog your memory. But don’t think that you’re going to do each activity from start to finish! What I've found most helpful has been to learn a lot of different kid-friendly yoga activities so that I can quickly switch to something different if my students appear bored or restless. Trying to get kids to participate in an activity that they don’t want to do is frustrating and not very effective.

If they feel like they’re being forced to do something, they won’t want to continue.

As a general rule, if the majority of the children are following along you’re doing well. But if you start an activity and only two kids are following along, it’s time to move on. The most important thing is to make sure the kids are having fun (after all, you want them to look forward to class each week!) If they feel like they’re being forced to do something, they won’t want to continue.

2. One second a child is crying, the next they’re laughing. Be prepared for anything!

Like with any physical activity, kids can get injured during yoga—they might fall down, bump into one another. And sometimes (like all of us) they have hard days, and they might feel angry, grumpy, or sad. It’s important to deal with those situations with care and to be prepared. If a child is upset, check in to make sure they're okay. Most likely in a few minutes they’ll be back to the activities as if nothing happened.

As a teacher you must be able to handle many things at one time. With this age group especially, kids feed off of each other’s energy. It’s important to learn how to contain that energy. If the class is getting out of control, bring them all to the ground in child’s pose. It's also a good idea to have a bell or some other cue to remind them to bring their attention and focus back on you.

3. How to handle discipline

Teaching a class with disruptive kids is tough! The biggest challenge is often disciplining children with behavioral problems. Every situation is a little different, depending on where you’re teaching the class. If you're teaching in an actual preschool, it's likely that the students' regular teachers will stay in the room (and if not, you can request that at least one stick around). Especially if you're teaching a class of more than 10 children, it’s helpful to have a classroom teacher there as the disciplinarian (kids are more likely to listen to the teacher they are with on a regular basis). This allows you to teach the class without interruption while the teacher handles any children that are disruptive.

Every child and situation is different, and it’s a matter of seeing what works for them.

If you’re teaching a preschool yoga class at a studio, gym, or community center, however, you are the main disciplinarian. Often just talking to kids is enough to get them to behave, though I’ve definitely taught classes where the kids continually misbehave. If you have a student like this in your class, it’s time to get a parent involved. Talk to them about what's been going on with their child, and make a plan for what to do when he or she isn’t listening. Often, reminding a child they have to sit with their parent if they don’t behave works, and if not, then they have to go sit. And sometimes if a child just isn’t following along, it can help to have a parent participate with them. With three-year-olds in particular, you might also discover that it is still a little bit early for them to participate in a classroom environment, and that they just need to come back and try again in six months to a year. Every child and situation is different, and it’s a matter of seeing what works for them.

4. Creativity is the key: go with the flow.

This age group wants to go to Treasure Island, play in the snow, swim with the dolphins, and explore the jungle! Incorporate as much creativity into the class as possible. Be in the classroom, but also be somewhere else. Don’t just be people, be animals and things! Most importantly, listen to what the kids want. Spontaneity and thinking on your feet help to make this happen. If a kid throws out an idea, see if you can go with it and incorporate it into the activity (like my example with the dinosaurs at the beginning of this article). And don't forget that there are also quiet children who have amazing imaginations but need extra encouragement to share their ideas. Make sure to occasionally ask them for ideas and input as well.

Keep these four tips in mind for your next preschool yoga class and it’s sure to be out of this world! Remember, preschool yoga is often a child’s first introduction to yoga, and you want to make it a good experience for them. Don’t worry about how "well" they are doing the poses. After all, your typical three- and four-year-olds aren't really that interested in alignment—they just want to be kids and have fun! And it's this free-spirited joy that makes them such a great group to learn with.

Jessica Walsh is the founder of YogiDance kids yoga and has a youtube channel called Downdog Update.... Read more