A Glimpse of Cosmic Consciousness 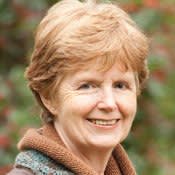 Edgar Mitchell was on his way home. Two days before he had been on the moon collecting rock samples, and now he was speeding through space accompanied by two other astronauts. Gazing at Earth and the stars through the tiny window of Apollo 14, he was engulfed by a new and startling sensation: an all-encompassing aura of universal connectedness. All sense of boundaries dissolved, and he saw that he, his companions, and everyone and everything on the shining planet in the window were held in a luminous web of consciousness. What is more, he knew with absolute certainty that, as he put it later, “the glittering cosmos itself was in some way conscious.”

The goal of human life, the sages tell us, is to meet Consciousness within ourselves and to know ourselves as That.

Mitchell was experiencing a spontaneous glimpse of what the sages of the yoga tradition call higher consciousness—a direct, intuitive experience of the infinite field of awareness that underlies and pervades the entire universe. When this experience is fully expanded, different traditions give it different names—samadhi, nirvana, enlightenment, turiya, shunyata, Brahman, Christ Consciousness, Absolute Truth, Atman, God, the Self, Supreme Consciousness—but whatever they call it, spiritual masters tell us that this experience of an all-pervasive consciousness reveals the truth about ourselves and the world we inhabit: it is all One. There is no division, no multiplicity, no separation. Everything—the astonishing variety of living beings; nature’s myriad shapes, textures, and forms; the sun, the stars, the clouds, and the wind in the trees—all of it is a manifestation of an indivisible field of Consciousness. The goal of human life, the sages tell us, is to meet that Consciousness within ourselves and to know ourselves as That.

The sages also tell us all of our problems, indeed all of the world’s problems, can be traced to a single source: we misunderstand the nature of reality. Hypnotized by outward appearances, we misread the world around us. We see multiplicity instead of unity, separation instead of wholeness. Because we don’t understand that all beings share one life force, one consciousness, we blunder about, damaging ourselves by damaging others. It all boils down to an epic misunderstanding—and leaves us looking for fulfillment in all the wrong places.

“We are all looking for the peace and freedom and security of perfect union with the Atman,” Swami Prabhavananda and Christopher Isherwood write in How to Know God, their classic commentary on the Yoga Sutra. “We all long desperately to be happy. But ignorance misdirects us. It assures us that the Atman cannot really be within us, that we are nothing but individuals, separate egos…. We seek security in the accumulation of possessions, or by the destruction of our imagined enemies. We seek happiness through sense gratification, through every kind of vanity and self-delusion. We seek peace through the intoxication of various drugs. And in all these activities we display an energy of heroic proportions…. It is tragically misdirected energy. With less effort, we might easily have found union with the Atman, had we not been misled by our ignorance.”

The good news is that this veil of ignorance is readily lifted. Experiencing Consciousness is simplicity itself, the sages tell us—after all, it is our own true nature. As the 14th-century master, Vidyaranya Yati put it, “You are whatever you know yourself to be. This is a simple law. Brahmavit Brahmaiva bhavati. The knower of Brahman becomes Brahman. The moment you know that you are inseparable from Universal Consciousness, you become that Universal Consciousness.” Five centuries later, Swami Vivekananda put it another way: “The moment I have realized God sitting in the temple of every human body, the moment I stand in reverence before every human being and see God in him—that moment I am free from bondage, everything that binds vanishes, and I am free.” My own teacher, Swami Rama, had another way of expressing it: “It’s as simple as flipping a light switch. Suppose this room is kept dark for one hundred years. How long will it take to light this room? One second.”

"There! Adjust your gaze at a fraction, you’ll see it. Everything is Consciousness. Everything!"

Swamiji’s spiritual heir, Pandit Rajmani Tigunait, takes the same view, as I discovered one winter morning while complaining to him about feeling spiritually stuck. Panditji leaned forward, took my face in his hands, and turned my head a few degrees. “It’s right there,” he said forcefully. “There! Adjust your gaze a fraction, you’ll see it. Everything is Consciousness. Everything!”

Most of us don’t see it—at least not at first and not easily. It’s like an Escher print. First you see one thing—black ducks flying across a white sky—and then your perspective shifts a hair and you are looking at a picture of white fish swimming through black water. Once you’ve seen the fish, you see them every time you glance at the print. Spiritual teachers say that the unity underlying the apparent diversity is like that—palpable, obvious, and undeniable. The trick is to learn to refocus our gaze.

To do that, it helps to know what we’re attempting to see. The image on the opposite page seems unremarkable, but if you know it’s a stereogram, you will study it more closely. Look at it long enough and in the right way, and the bees recede into the distance and the hummingbirds float across the page in three dimensional rows. That’s what meditation is, looking within from the right angle often enough and long enough for the illusion of separateness to drop away and Reality to snap into focus.

Swami Rama was fond of saying, “It is easy to meet that Infinity within you—to attain that awareness, you just have to be silent.” It’s easy. Sit down, close your eyes, draw your attention inward, quiet your mind, and you are “There”—at least in theory. For most of us, the experience of meditation is quite different. We sit down, close our eyes, draw our attention inward, and come face-to-face with a noisy, scattered, unruly mind. We mean to focus on the mantra but find ourselves composing the grocery list instead; the mind jumps to the day ahead or the upcoming weekend, the vacation we’d like to take or the one we just had; it busies itself sorting through the latest dustup at the office, skitters through the mess in Iraq, then slides off into what we’re getting the kids for Christmas. Silence eludes us—and so does an awareness of Infinity.

It’s the classic chicken-and-egg dilemma. The experience of Oneness is the fruit of a disciplined meditation practice. But a disciplined meditation practice unfolds from a taste of that fruit. Once it’s had a taste of Unitary Consciousness, the mind is drawn to it like a bee to a blossom and is no longer so easily distracted when we sit for meditation. But without that initial taste, we’re at a bit of a loss. We believe—or would like to believe—what the scriptures, the sages, and our teachers tell us: that we are inextricably entwined in a nourishing web of Consciousness. But our day-to-day experience is quite different—we’ve become accustomed to a vision of duality, trained to see ourselves as separate from each other and from the natural world, and so that’s what we see. We’re seeking a deeper, richer vision of ourselves and our world but we don’t quite know how to bring it into focus.

"We all long desperately to be happy. But ignorance misdirects us. It assures us that the Atman cannot really be within us, that we are nothing but individuals."

It came into focus for Edgar Mitchell when he was 240,000 miles out from Earth, seeing his home planet cradled in a nest of stars. His work was essentially finished, the moonwalk had been a success, and he had time to reflect on the mission, time to “absorb the magnificence and beauty of the whole process.” As he explained it in an interview with The Monthly Aspectarian, as a result of “seeing Earth as it is in the heavens, the precise experience for me was to recognize that the molecules of my body and the molecules of the spacecraft—I had studied stellar formation and knew how the furnaces of the stars and galaxies created our chemical elements—I suddenly realized that those were my molecules being manufactured and prototyped in those stars. Instead of being an intellectual experience, it became a very deep, personal, emotional one, a knowing. It was such a profound experience that I went into a different realm of seeing things.”

I had a similar experience during a pilgrimage to Kedarnath, a shrine high in the Himalayas. Much less arduous than a journey to the moon, pilgrimage is a time-honored way of cultivating an expanded vision. Step away from the demands and distractions of daily life, leave the familiar behind, and go—deliberately and with determination—to a place known for its spiritual energy. Pandit Rajmani explains it this way: “If you are seeking a certain kind of knowledge and experience, go to a place where it is readily available. If you are seeking knowledge and experience in technology, go to MIT. If you are seeking an experience of the inner dimension of your life, go to a place charged with spiritual energy. When you go to such places with the intention of connecting yourself to the flow of all-pervading Consciousness, your individual consciousness is expanded and transformed by the collective consciousness which permeates that place.”

Mecca, Jerusalem, Assisi, Banaras, Allahabad, Mount Kailash, Mount Fuji, and Mount Kilimanjaro are among the places Consciousness has shaped in Her own image. Here at these and other shrines, the perceived barrier between the physical realm and the subtle realm thins to the point of transparency, and the all-embracing matrix of Consciousness shines through.

I caught a glimpse of it last summer in the Himalayas. From the moment I began the nine-mile climb from the village of Gaurikund to Kedarnath, I was flooded with joy. Everything was perfect—sunlight on thickly wooded hillsides, snowcapped peaks framed by impossibly steep gorges, waterfalls spilling down at every turn, a chilly afternoon rain, the blister on my right heel, a trail that got rougher and steeper as the day wore on, the clammy guesthouse, even the cold-water-only shower. During the two days we stayed on the Kedarnath plateau and through the long walk back to Gaurikund, perfection reigned.

Nothing I did, nothing anyone around me did, could dislodge the all-encompassing beatitude. On the trek back, I deliberately brought things to mind that had been troubling me before I set foot on the trail—my mother’s slide into dementia, a financial snafu, a friend’s duplicity—but they had lost their sting. Everything I knew, remembered, or could imagine was supported and nourished by a munificent web of Consciousness.

For three days, I saw it and felt it. The feeling has faded, but the memory remains. And it is that memory that pulls me into meditation practice, erasing much of the tendency to distraction. My mind settles and moves toward silence more readily now. It hasn’t become as easy as flipping a switch—not by a long shot—but having walked in the light, however briefly, I have come to understand why Swami Vivekananda said: “We put our hands over our eyes and weep that it is dark.”