Creating and Re-creating Ourselves: The Yoga of Activism 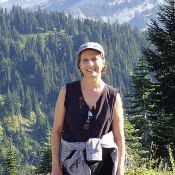 The personal world of a yoga practitioner can be quite self-contained—even something of a bubble. Although this may develop somewhat unintentionally, it often happens very much by choice. While working to quiet and focus the mind through spiritual practice, many individuals choose to avoid looking at the sorrows and horrors of the world (of which there are plenty right now). And the mere mention of “news” or “activism” can leave them running for cover.

Activism. The word calls up visions of hippies chained to each other in front of nuclear facilities, World Wildlife Fund boats blocking whaling ships, and hunger strikes for human rights. Does any of it make a difference? How do such efforts change the people undertaking those actions—the activists themselves? And is it ever possible to look deeply enough into a situation to reach a reliable advance determination of the activities that might create real change?

The act of caring can bring us to wrong action (and often does). The wrong action, however, might be just one step along the path, and part of a longer process. Generally speaking, caring is simply better than not caring. Even though mistakes are sometimes made, more caring helps to remedy the world’s ills.

So what makes us care? And what makes us look more deeply, rather than look away? The ability to recognize ourselves and our experiences in those of another can move us when witnessing another person’s struggles. It makes it personal. Seeing all of us as part of a larger whole can do the same, by making it universal. Both draw us in, calling us to do our part to alleviate suffering. They help us to care.

In addition to motivating us to become part of the solution, caring often leads us to an understanding of how to more effectively seek change in difficult situations. Real caring about someone or something has us look more deeply into what exactly inhibits the happiness, health, or fuller expression of a person, group, place (or anything else), and to see where real solutions may lie. Caring, then, also leads one to wise action.

But can we ever really know what will make a difference?

The activity unavoidably changes us in ways we never imagined when we first embarked on the journey, and the activity (the activism itself) often reflects that growth.

Many say we can’t, and that an activist’s life and journey is simply and only one of self-growth—that it’s all and only about ourselves. I don’t think that’s quite right. We’re all connected, after all. Committed activism occurs on something of a continuum, measuring the ebbs and flows of the effort, and the greater or lesser success for the cause. But it also measures the growth of the activist. The activity unavoidably changes us in ways we never imagined when we first embarked on the journey, and the activity (the activism itself) often reflects that growth. In that sense, it’s more of an ouroboros than a continuum, with the activist and the cause or effort creating and recreating themselves and each other.

The symbol of the ouroboros, the snake or dragon eating its own tail, was important in religious and mythological symbolism throughout antiquity, including in Egypt, India, Greece, Gnosticism, Norse legend and alchemical writings. Throughout history the symbol expressed the eternal unity of all things, the regular renewal of the world, and the notion of time as cyclical rather than linear—the idea of some thing or person re-creating itself.

In the age-old image of the Ouroboros lies the thought of devouring oneself and turning oneself into a circulatory process, for it was clear to the more astute alchemists that the prima materia of the art was man himself.

And in the Yoga-Kundalini Upanishad, ouroboros symbolism is held as describing no less than the kundalini energy:

The divine power, Kundalini, shines like the stem of a young lotus; like a snake, coiled round upon herself she holds her tail in her mouth and lies resting half asleep as the base of the body (1.82).

Jesus Christ was an activist, as was Paramahansa Yogananda. Indeed, so is Amma and Pope Francis and Thich Nhat Hanh.

One can see that such a powerful process of self and mutual creation and re-creation can be an enormous contribution to both the collective human experience and a human being's spiritual evolution. It connects us to others, ideally helps us contribute to their well-being, and may well grow us in very profound ways. I've learned to trust the yogis, teachers, and spiritual guides who understand that, and whose lives and choices reflect it. Jesus Christ was an activist, as was Paramahansa Yogananda. Indeed, so is Amma and Pope Francis and Thich Nhat Hanh. As for the rest of us, with all the potential avenues of activism open to us for improving the lives of others on the planet, why would we choose anything less for ourselves?

We can hope and expect that along the path of life, our experiences and the maturity of years bring us to a deeper caring for everyone and everything with which we share this universe. When that happens, there’s also likely to arise a greater understanding of what each situation needs in order to fully express its potential, and what part we might play in addressing that need. When such an understanding begins to germinate, it often becomes natural to embrace the opportunities that present themselves.

But with the myriad possibilities for activism and advocacy open to us, there’s still the need to choose. “There’s a wide, wide world of noble causes,” as Joni Mitchell tells us, and yet we know that some measure of focus will ensure greater success. On this, there are two pieces of advice that I regularly take to heart. First, the advice of my father when I was very young: "You simply cannot take on the cause of everyone and everything. When faced with the choice of which to undertake, ask yourself this: 'If not me, who?' If your answer is that others can and will take on the task, you may well choose to step aside. But with important work that may not be done without you, step in."

And the second bit of guidance, from philosopher Edmund Burke, is almost the flip side of that, reminding us of the extreme value of even a very small contribution: "No one made a greater mistake than he who did nothing because he could do only a little."

The two together, then, tell us to embrace wholly those causes we believe to be important and to which we know we have something important and unique to contribute. And with everything else, contribute a little as we’re able.

Tibetan lama Sogyal Rinpoche’s teachings are instructive on the importance of taking this to heart:

Westerners who believe in karma...can say that actually to help someone would be to interfere with something they have to 'work out for themselves.’ What an evasion and betrayal of our humanity! Perhaps it is just as likely that it is our karma to find a way to help.

If that is true, then it would make each opportunity to help a “karmic opportunity.”

Everything is inextricably interrelated: We come to realize we are responsible for everything we do, say, or think, responsible in fact for ourselves, everyone and everything else, and the entire universe.

The entire universe. That's surely the work of a lifetime. Or more likely, many.

Camilla Warrender brings the essence of yoga to her work with global Millennials at www.newscoop.com,... Read more