Diaphragmatic Breathing: The Antidote to Stress! 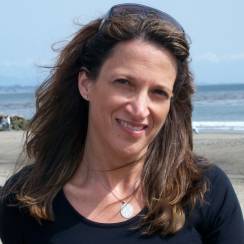 Have you ever observed your breath when you’re feeling really stressed? There’s a good chance that you’re breathing into your upper chest, a phenomenon called shallow breathing. Shallow breathing is often an indication of stress, which, when chronic, compromises all of your body’s systems and elevates your risk for physical and psychological illness. Although stress is inevitable, there is a very simple and powerful way to reduce its impact—deep, diaphragmatic breathing.

Shallow Breath and the Stress Response

When your breath is shallow you are drawing only a small amount of air into your lungs. As a result, the breath is often more rapid than usual. If you’ve ever found yourself breathing this way, chances are you were also feeling agitated or ill at ease. Many of us live like this without even knowing it.

For some, persistent shallow breathing is the result of a medical condition such as heart disease, asthma, chronic obstructive pulmonary disease (COPD), or pneumonia. In the absence of illness, it may indicate an unhealthy pattern of chronic stress.

The stress response is linked to the sympathetic nervous system (SNS)—a branch of the autonomic nervous system that is responsible for reacting to perceived threat (often referred to as the “fight, flight, or freeze” response). When you’re stressed, the SNS goes into hyperdrive, constricting blood vessels throughout your body. This leads to an increase in heart rate, respiration, and blood pressure and restriction of digestive function.

This is very adaptive when you need to jump away from an oncoming car or react to a threat. But if it grows chronic, persistent SNS hyper-activation can lead to a system breakdown. This breakdown can include debilitating fatigue, anxiety, heart disease, immune system dysfunction, gastrointestinal distress, and a whole host of other physical and psychological issues.

Your body and brain are part of a continuous feedback loop in which the body sends signals to the brain about the state of the system and the brain sends information to the body to respond to the body’s cues. In that loop, shallow breathing performs as both the symptom of stress and informant that notifies your brain that you’re under threat. This means that the SNS not only kicks into high gear when you’re under duress—which shortens the breath—but shallow breathing can also trigger SNS activation.

In other words, when you breathe into your upper chest, your brain interprets that as a sign of trouble and increases SNS activation. If your breath remains shallow, the stress feedback loop remains activated. It’s like the body system equivalent of running a marathon, except that it never ends.

So far we’ve discussed the SNS—the “on-switch” of this breath-brain feedback loop. There also exists, fortunately, an “off-switch." The SNS has a counterpart—the parasympathetic nervous system (PNS). The PNS is often referred to as the “rest and digest” system in the body. It contributes to relaxation and the sensation of feeling calm.

Similar to the SNS, the PNS can be activated by modulating the breath. Imagine that you’re lying somewhere where you feel calm and peaceful. Notice how your breath flows. When relaxed, you are more likely to be taking long, slow, deep diaphragmatic breaths rather than shallow ones. In the same way that shallow breathing amplifies the SNS, deep, diaphragmatic breathing signals to the brain that everything is safe, and that the body can let its guard down, activating the PNS.

The breath is the only autonomic nervous system function under your control. By modulating your breath you can consciously initiate SNS activation (fight, flight, or freeze), or PNS activation (relaxation).

The breath is the only autonomic nervous system function under your control.

The yoga tradition has long valued the practice of breath modification (pranayama) as a therapeutic tool. Ancient yogis were acutely aware of the breath-autonomic nervous system-brain relationship and the potential for using diaphragmatic breathing to de-escalate stress and promote relaxation. (Check out this video for a short diaphragmatic breathing tutorial.)

By far the most rapid way to initiate the relaxation response is by taking long, slow, diaphragmatic breaths. If you are used to breathing from your upper chest you may be surprised by how challenging it can be to alter your breathing, but with practice your body will welcome the rhythm and relaxation that comes with elongating and deepening your breath.