Growing up With Yoga: What I Learned From My Earliest Teachers 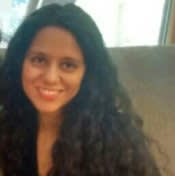 Growing up in India, I started doing yoga at a very young age. I began this practice in first grade, when our school introduced it to us. At six years old, my classmates and I could barely sit still, but our bodies were flexible and our minds bereft of fear. The prospect of a whole period without studies or books was exciting to our young minds.

Like all firsts, my first yoga teacher was special. She was a regular Indian woman in her sixties. In addition to being a dedicated mother, wife, and grandmother, she was also an avid yogini and yoga teacher at my private school. This was noteworthy because while many women her age practiced at home, and some may have run a local class, teaching yoga to students in the school system was seen as quite remarkable. Particularly because for many women of her generation living in India, a vocation was a rare thing. Family and its demands always came first. Cultivating a regular practice definitely required discipline, and making yoga one’s vocation required even more strength and determination. In order to do what she did, she had to have confidence in yoga and in herself. She had to be inspired to share the practice with budding minds and bodies. Her gentle image is etched in my memory still, years later and now miles away.

Being academically oriented and not much of a sports person, yoga intrigued me for its history, breadth, and for the fact that it could be done anywhere and by anyone without a sense of competition.

Our class was composed of fifty students in a medium-sized classroom. It required creativity to control us and find poses we could do comfortably in such limited space. The curriculum was thoughtfully constructed and focused on the importance of yoga as a practice in awareness of both mind and body. Most of the yoga we did was gentle, and without any props. Our teacher read from the Yoga Sutra and other yoga books. I remember her drawing diagrams of human anatomy to explain poses, their benefits, and the correct way to do them. For me, this was all very compelling. Because I was academically oriented and not much of a sports person, yoga intrigued me for its history, breadth, and accessibility—the fact it could be done anywhere and by anyone without a sense of competition. School life can be so competitive and fast, and we are taught to carry a competitive edge into our adult life, especially into our careers. But in yoga I was competing with no one. The idea that yoga could be my refuge in a busy, crazy world has stuck with me ever since.

Most of the time, we did simple poses like sukhasana (easy pose), padmasana (lotus pose), parvatasana (a seated mountain pose) with twisting, forward, and side-bending variations, neck and shoulder stretches, and a lot of eye exercises (which I think are starkly underrated in modern yoga). We also learned many types of pranayamas like agni sara, anulom vilom, and many reflective and meditative breaths.

And I remember distinctly the demonstration of the neti pot in class. We were grossed out by the idea then. As fluttery little girls with our noses up like snobs, and little boys teasingly alluding to the strange shape of the pot—none of us took it seriously. Of course now I thank my lucky stars for knowing how to use a neti pot whenever I have a cold!

When the larger assembly hall was available, our class moved there to practice active yoga poses. We did everything ranging from natarajasana (king dancer pose) to vrikshasana (tree pose), sun salutes, supine poses, and ustrasana (camel pose). Poses that encouraged focus, balance, and determination—essential tools in student life and in life in general—were emphasized. Believe it or not, we had yoga examinations as well, and knowing the Sanskrit names of poses was not optional!

What really stands out to me from those early yoga years is that I completely took yoga for granted.

Our teacher was a stickler for more than just hatha yoga. Yoga in the Indian tradition is a holistic way of life; along with asana, it entails a broad general knowledge of ayurveda and home remedies. I remember our teacher telling us, “Always drink water sitting down and always eat sitting down because it aids digestion.” This explained why traditionally, meals in India are never on the go.

She also made me realise that taking a hot shower first thing in the morning was not just a cultural oddity but was designed to alleviate physical stiffness for a better yoga practice. My favorite memory, and not just for its lesson but also for its quirkiness, is that whenever she spotted us slouching over our desks, she'd whack us to straighten our backs (her reminder that good posture was an important part of a yoga practice)!

But what really stands out to me from those early yoga years is how I completely took yoga for granted. Like all of the children around me, I was exposed to a gem that would shine in my life forever. But I still remember whispering about makeup and fashion with my best friend during our monthly hour-long savasana class. Oh, what a flippant teenager I was!

Today, these flashes from childhood are a gift to me and my practice. Since then I have had many teachers. Some stand out more than others, but all have shaped me. After grade ten, because I missed school yoga, I started taking classes at the local Arya samaj. Yoga there was minimalistic. Simple straw mats and ceiling fans were all there was in the modest room we practiced in.

My teacher was quite a well-known man in the local yoga community. Although in his sixties, he did not look a day older than forty—very fit, focused, and strict. He understood poses like no one else did. He could look at you and tell exactly what asanas you could or could not do. His strictness helped me get into poses I was initially afraid to try. I can do sarvangasana (shoulder stand), halasana (plow pose), and chakrasana (wheel pose) because of him.

My teachers were no athletes, and some would not even be considered “fit” by modern standards. But they were dedicated, strong, and focused individuals. They committed their lives to a practice they believed in: a practice that was not necessarily goal oriented but rather for the sheer joy that a practice brings. Yes, I have tried to perfect my practice, but like them, I have enjoyed the process of yoga for the sake of yoga as well.

I have learned so much from their sense of discipline and by cultivating that same discipline in my own yoga practice and life. The discipline to not be deterred either by age, injury, physical space restrictions, or mental self-doubt. If you want to practice you can do it anywhere with or without props; it is your intention that counts. The seed was sown years ago and it continues to sprout.

I have a long way to go, so much more to learn, but I continue along the path. And I look back fondly at all of my teachers, and all of the lessons I’ve learned on this yogic path, with gratitude and a smile.

Preeti Hay grew up in India and has been a life long yoga student. She studied writing and English literature,... Read more