Struggling With Half Pigeon? Try This Variation. 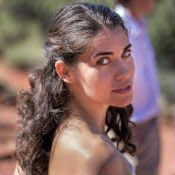 For years, I considered half pigeon to be my nemesis pose. I was taught that doing the pose correctly meant always “squaring” my hips to the top of the mat and making sure my sitting bones were equidistant from the ground.

By the time I was done trying to (not-so-gracefully) prop myself up on a block or blanket and figure out where to place my front shin to achieve that “perfect” alignment, the instructor had usually moved on to the next pose. And as a yoga teacher, I often watched my students glancing around the room in confusion or, worse, wincing in pain as they set up for the pose. Eventually, because so many of my students seemed frustrated with half pigeon, I stopped teaching it altogether, replacing it with supine figure four instead. Then I discovered the alternative that I’m going to share with you.

Full disclosure: The first time someone suggested this variation, I squirmed a little and thought the teacher just didn’t know how to cue the actual pose. The modification seemed to go against everything I learned about the integrity of half pigeon. The hips were not level. The back leg wasn’t straight. There was no folding over the front leg.

Not only has this version of half pigeon liberated my hips and piriformis, but it has also liberated me from my strict ideas about what the “perfect” version of the pose is supposed to look like.

But I determined that the pose was safe (there was no pressure on the front knee—as there can be in traditional half pigeon—or on any joints at all), and it looked like a good stretch, so I decided to try it. The positioning of the legs and pressing the hand into the floor for leverage meant that I didn’t have to keep my hips “square” to get a good outer hip and glute stretch. I have been practicing, and teaching, this variation ever since. Not only has this version of half pigeon liberated my hips and piriformis, but it has also liberated me from my strict ideas about what the “perfect” version of the pose is supposed to look like. (Plus, I think this version gets my students a little closer to traditional half pigeon than figure four does!)

Here’s how to do it:

Step 1: Come into upright seated position, with your left leg bent in front of you and your right leg bent behind you (sometimes called a “Z-sit” or “pretzel position”). 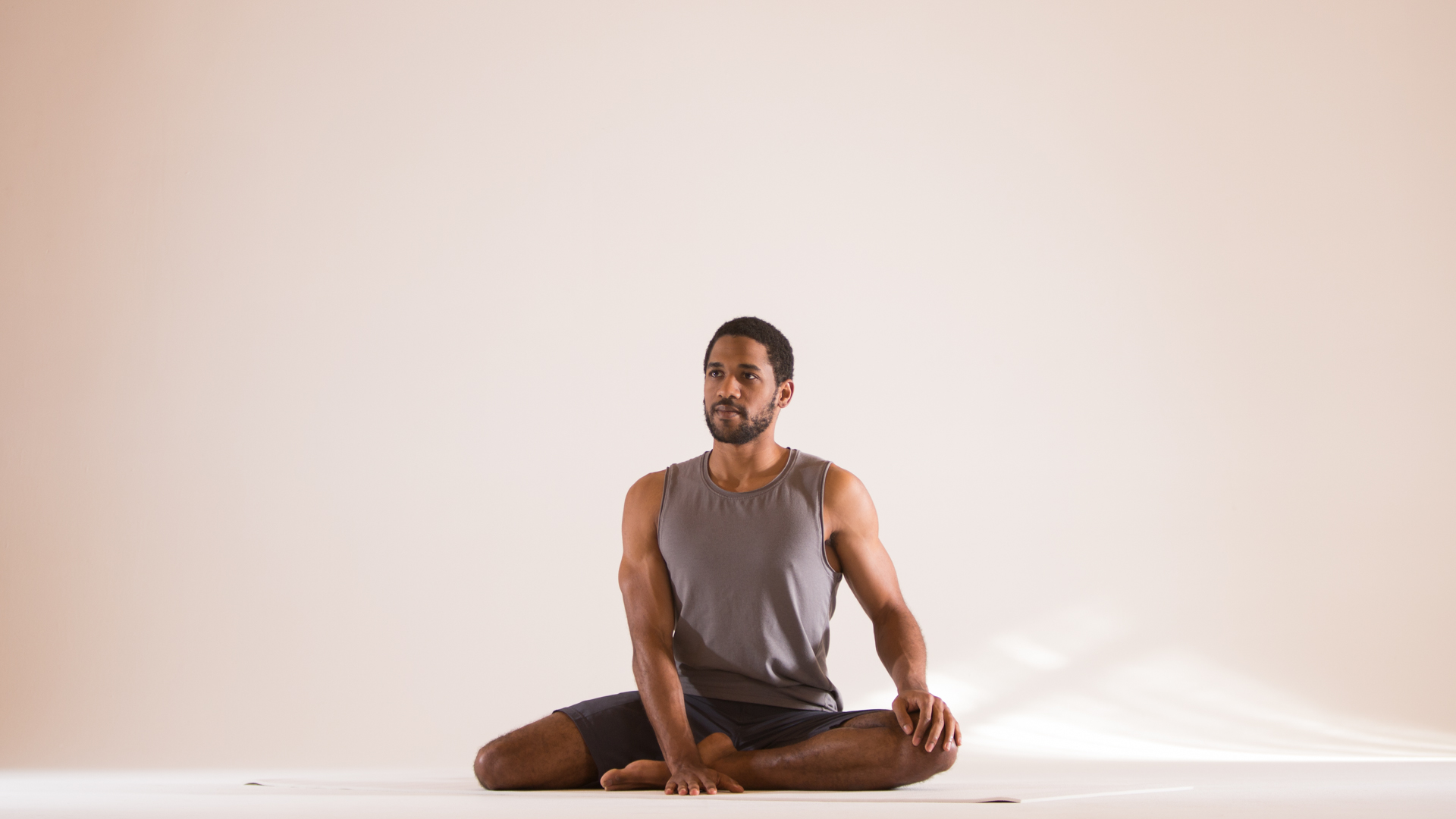 Step 2: Release your left hip to the ground (even if your right hip pops up sky-high) and bring your left shin as close to parallel to the front of your mat as possible. Flex your left foot. 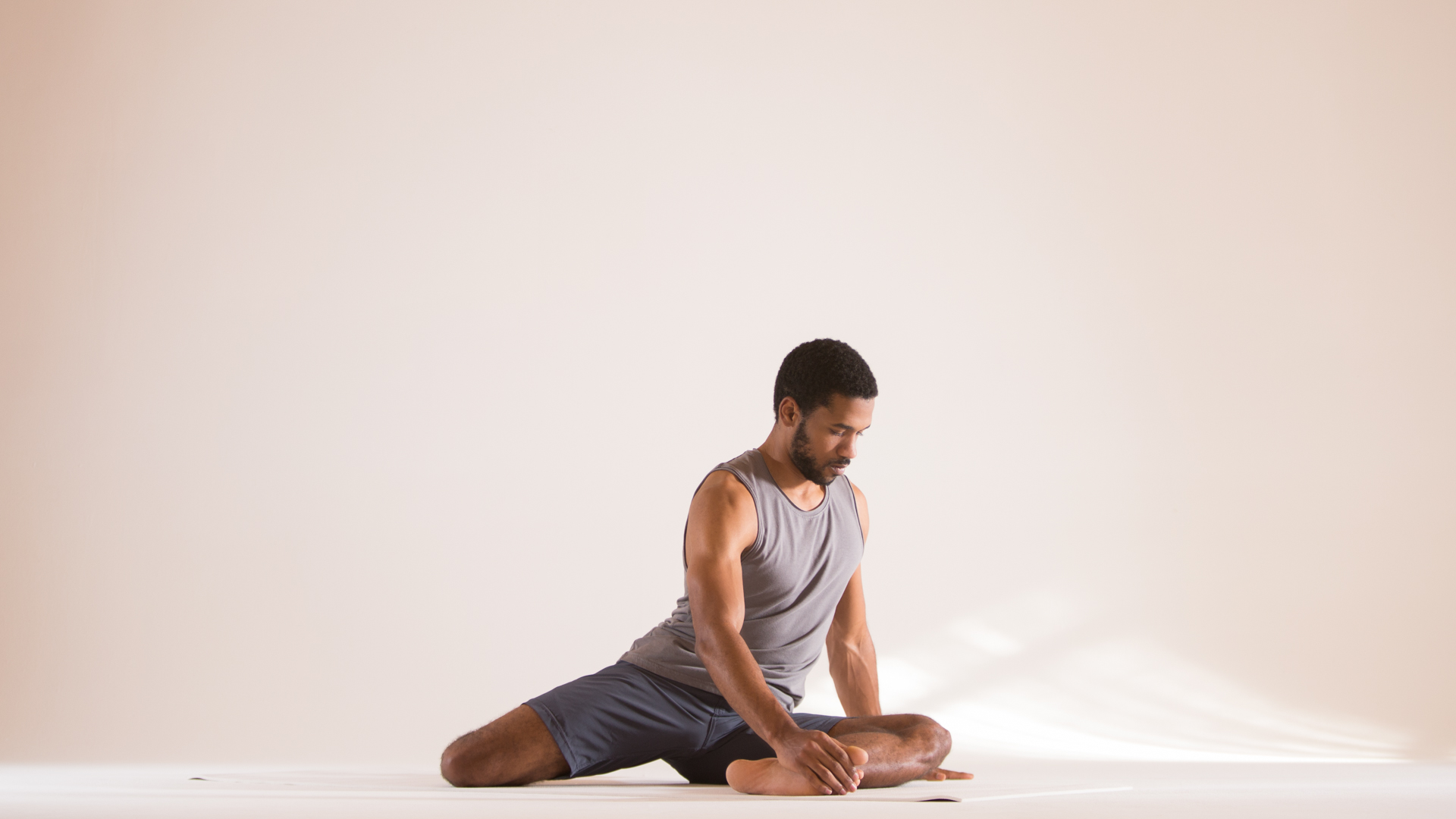 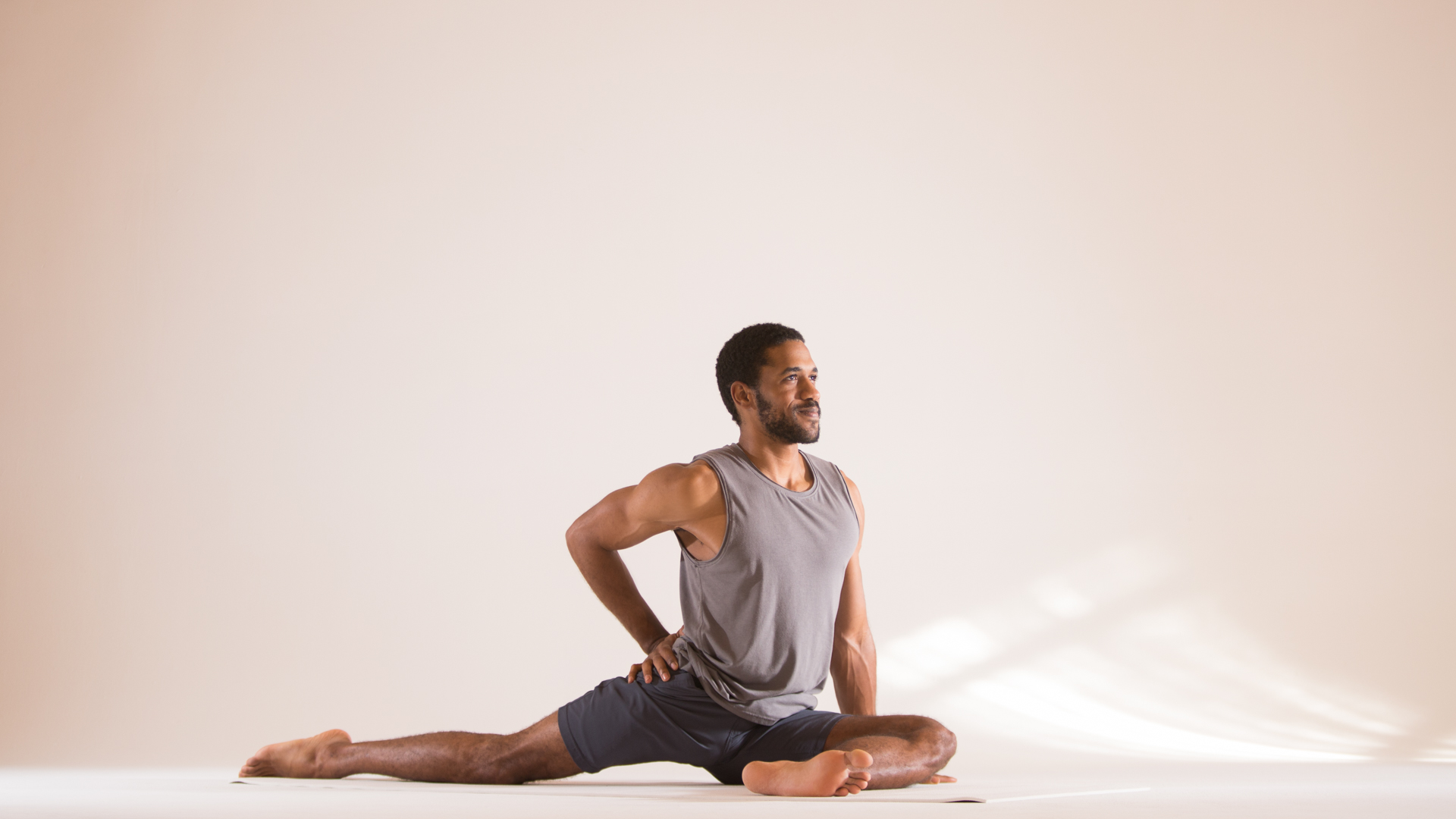 Step 4: Begin to press your left hand into the floor as you simultaneously begin to internally rotate your right thigh and press your right hip down and forward. Expect to feel a nice stretch in your left outer hip and buttock region without any intense pressure around the knee.