Hot and Bothered: The Hype, History, and Science of Hot Yoga 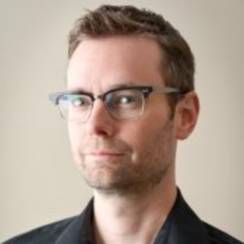 The first heated yoga studio can be traced back to Japan in the 1970s. Bikram Choudhury was teaching in Japan and he was intrigued by the saunas his students would take during their lunch breaks. That’s when he started experimenting with heaters in his yoga room. (1)

Bikram heated those early classes to 28 degrees Celsius (about 82 degrees Fahrenheit) to mirror the temperature of his hometown of Calcutta, India. He noticed that the increased temperature made people sweat and exert themselves more in class, and that as they sweat more they associated this with a better workout. So he increased the heat. And he increased it some more. And more. Today, Bikram yoga takes place in a room heated to 40 degrees Celsius (104 degrees Fahrenheit).

Hollywood was home to the original hot yoga boom in the 1980s when Bikram was the yogi to the rich and famous. Before the allegations of sexual abuse, Bikram and his unique brand of yoga were on top of the world. Now, many practitioners of hot yoga are looking for ways to continue the practice they love while distancing themselves from this brash guru whose star seems to be fading fast.

While there is no evidence of anyone using a heated room for yoga classes prior to Bikram’s innovations, there are plenty of examples of people using heat in order to create transformative, healing environments. In fact, ayurveda makes use of steam baths to induce sweating, both for general health maintenance and to treat colds and flus.

Outside of a Speedo-clad millionaire with narcissistic tendencies, there is no authority that guides initiates into the practice of hot yoga.

From the Mayan temascal to the Turkish bath to the Finnish sauna, sweating for health and transformation is something common to almost every culture on earth. What makes hot yoga so interesting in comparison to sweating rituals from around the world is the lack of traditional knowledge that accompanies it. Outside of a Speedo-clad millionaire with narcissistic tendencies, there is no authority that guides initiates into the practice of hot yoga.

A naked, dreadlocked sadhu (one who has renounced all worldly involvement for a life of spiritual exploration) sits surrounded by a ring of flaming piles of cow dung. The midday sun in India is intense enough to drive all but “mad dogs and Englishmen” into the shade. But this yogi sits in the heat of the sun surrounded by fire. The heat and smoke are part of an ascetic practice called panchagni tapas (five fire heat). It is a ritualized practice that includes offerings to the fire, repetition of mantra, and meditative discipline.

If I was searching for a historical precedent for the modern practice of hot yoga, I think panchagni tapas would be the one. The heat is a test for your resolve and is said to increase the power of your will. The original hot yoga was an ascetic practice with an aim to transcend suffering through intentional discomfort.

Panchagni tapas is an extreme example of a very common ritual in India known asagni hotra—which means “fire sacrifice.” The fire sacrifice is typically performed at sunrise and sunset with Vedic priests performing mantras and tending to the fire in a highly ritualized manner. Intense ascetic practices such as panchagni tapas are generally frowned upon today in India. To quote Art of Living founder Sri Sri Ravi Shankar, “Torturing the body like this is wrong and should not be done.”

Even though they are not popular or widely practiced, ascetic disciplines are fairly common in yoga history. Yogis have long been renowned for sleeping on beds of nails, standing for long periods of time, being buried alive, and even wrapping their penises around sticks. I realize that sounds pretty far out, but all these practices have a single aim—to strengthen willpower and overcome our inclination toward a comfortable, easy life.

Novices do not take up these practices. Asceticism takes place in a highly ritualized, controlled environment. You can’t just stroll up to a dreadlocked sadhu on the banks of the Ganges and get some instruction on penis wrapping. You have to be immersed in sadhu culture for quite some time before anybody would even consider teaching you any advanced asceticism.

Removing the boundaries of tradition has made yoga more democratic, more accessible, and more open to innovation. But these benefits have not come without a cost.

Hot yoga, on the other hand, is widely available to just about any well-hydrated individual with $15 and an hour to spare. This disconnect with tradition is often viewed as a bastardization of yoga by sectarian practitioners (those practicing within a particular school or lineage of yoga.) However, removing the boundaries of tradition has made yoga more democratic, more accessible, and more open to innovation. But the benefits of hot yoga have not come without a cost.

In 2009, two people died attending a “Spiritual Warrior” retreat in Sedona, Arizona. They fasted for two days and then entered a sweat lodge being run by James Arthur Ray, a New Age guru and motivational speaker. Eighteen others were hospitalized. Participants experiencing symptoms of severe dehydration were instructed to stay in the sweat lodge and overcome their limitations to become better, stronger people.

Ray was convicted of negligent homicide and spent two years in prison. He has since been released and has returned to the self-help circuit where he is currently running seminars and doing speaking engagements.

The story serves as a lighthouse, warning sailors on the sea of spiritual discovery that, without a culture of support and guidance in place, undertaking intensive disciplines can be hazardous to your health. The obvious danger of hot yoga (as in sweat lodges) is heat exhaustion. The combination of internally generated heat from exercise and externally generated heat in the room can lead to dizziness, nausea, hallucinations, and even fainting.

Yoga teachers working in a hot room need to be aware of the symptoms associated with heat exhaustion, but more importantly they need to create an environment in which students feel comfortable removing themselves from the heat when needed. Competitiveness and the pressure to conform often result in students staying in the heat despite experiencing symptoms of hyperthermia. This is really more about the general “vibe” of a studio than anything else—and is a great reason to practice at a place that feels friendly and relaxed.

Debunking the Benefits of Hot Yoga

At a time when anybody with an internet connection has access to cutting-edge scientific research, it is bewildering that proponents of hot yoga continue to tout its ability to remove “toxins” from the body. The official website of Bikram Yoga (the world’s biggest hot yoga franchise) claims that “When you sweat, impurities are flushed out of the body through the skin.” The official website of Moksha Yoga (a Canadian hot yoga franchise) claims that sweating “detoxifies the body.”

Unless you consider water, salt, and magnesium to be toxic, there is no evidence that sweating flushes impurities from the body. The body has wonderful systems in place for cleansing. These are the kidneys, the liver, and (to a lesser degree) the intestines. Sweating is not a purification system. It is a cooling system.

That does not mean that hot yoga has no benefits. We know that being exposed to high temperatures increases your circulation and has a relaxing effect on your muscles. Hot yoga is awesome for the same reason hot tubs are awesome. They both make you feel great.

There are some less understood processes at work in hot yoga that are subject to ongoing research. We know there is a natural antibiotic released in your sweat called Dermcidin. Dermcidin is currently being studied as a treatment for powerful superbugs like tuberculosis and MRSA.

Dermcidin is most effective when sweat does not evaporate quickly and is allowed to pool on the surface of the skin. This might vindicate the old hatha yoga notion that sweat should not be wiped away, but rather rubbed back into the skin during yoga practice.

Perhaps the most interesting developments in hot yoga science involve something called hyperthermic conditioning—or exercising in the heat. Research into hyperthermic conditioning is moving forward along with the work of Dr. Rhonda Patrick, a biomedical researcher. Acclimatizing to heat through the use of hot rooms has been proven to increase both endurance and the capacity to build muscle. Early evidence is suggesting hyperthermic conditioning improves production of human growth hormone and heat shock proteins—both of which lead to enhanced muscle growth and healing. As if that wasn’t enough, Dr. Patrick argues that it is this acclimatization to heat that produces what is known as the “runner's high.” Lovers of hot yoga will recognize that a good hot class produces a significant yoga buzz.

The Future of Hot Yoga

With no lineage or traditional keepers of hot yoga, its practitioners will determine the future of the practice. Hot yoga has the potential to return to its deep roots as a meditative, ascetic discipline. Hot yoga also has the potential to continue to move in the direction established by Bikram Choudhury, with full-length mirrors promoting an environment more like a gym than a sacred space, and a practice more like working out and less like directing one’s attention inward.

With no lineage or traditional keepers of hot yoga, its practitioners will determine the future of the practice.

Ultimately the future of hot yoga is entwined with the future of yoga in general. Over the past hundred years yoga has become more public. What was a largely secretive tradition hidden away from public view has become a widely available and well-known practice around the world. This de-coupling from a single source of authority can be dangerous (as in the Sedona sweat lodge deaths)—but single source authority can also be dangerous (i.e., abuse at the hands of unscrupulous gurus).

The short story is that as yogis we are creating our own karmas. If we are looking for more extreme, ascetic, and hard-core forms of yoga, that is what we will find—along with the risks and dangers that come along with such forms. If we are looking for something sensible, sustainable, and healthy, then the future of hot yoga will be in good hands.