How Casteism Manifests in Yoga Spaces 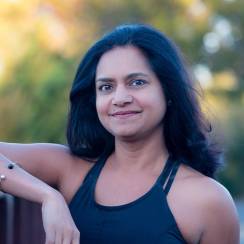 In many parts of the world, the economic wealth of nations was built on slave labor. This holds true for India and the United States. The use of human beings as free labor gave rise to a social system that contributed to the racism and oppression of groups of people we see today.

This oppression is so insidious, and it’s been internalized by so many, that there is no activity or realm of society untainted by it. That includes yoga. India, the birthplace of yoga, was oppressed by both European and Asian colonial rule, and through its caste system, has also oppressed its own people.

This article is an attempt to deconstruct the myriad ways in which casteism can manifest in yoga spaces.

The history of yoga’s caste system is especially relevant now as we experience a moment of reckoning in the United States, where centuries of racism has caused passionate uprisings in small towns as well as larger cities. Many of us are looking at our own lives and inquiring how we can contribute to creating a more equitable and just world. The work begins in understanding our own histories and lineages to see where we are privileged and complicit.

As an Indian-American yoga teacher and practitioner, this work is a call for introspection and critical thinking about the socio-political context of the texts I use in my practice and classes: the Vedas and the Yoga Sutra. As students of these texts, we need to acknowledge and learn more about the times from which those texts emerged, in order that we can look at the wisdom we derive from them with a well-rounded perspective.

Who were the people who had access to the knowledge of the Vedas? Who was excluded when Patanjali shared his Yoga Sutra? Was the study and practice of yoga reserved for only a certain section of the population? Who was and is allowed to be “liberated”? Who forms the collective of yoga practitioners and its leadership? Is this historical exclusion of a group of people reflected in our modern learning and dissemination of these universal teachings of personal liberation? These are challenging questions because they ask us to think critically about the texts and concepts that are at the center of a yoga practice that now is global.

Who were the people who had access to the knowledge of the Vedas? Who was excluded when Patanjali shared his Yoga Sutra? Was the study and practice of yoga reserved for only a certain section of the population? Who was and is allowed to be “liberated”?

There are many theories, often conflicting, about why and when the caste system was established. There is also a great deal of complexity within the system. For the purposes of this article—which is to delve more deeply into the exclusion of certain groups and the impact of this exclusion in yoga, both historically and in current times—we will look at this with a broad beginner’s lens.

One of the more popular theories is that the caste system (Varnas) was established and practiced during the Vedic period (c. 1500–c. 500 BCE). The first mention of the Varnas appears in the Purusha Suktam of the Rig Veda. The four Varnas were the Brahmins (scholars, priests, and gurus), Kshatriyas (warriors, kings, and administrators), Vaishyas (traders, landowners, and merchants), and Shudras (laborers). There is a fifth category outside the Varna system who were assigned tasks that were considered “polluting,” including the removal of human waste. They were the Dalits (“untouchables”).

Each Varna propounds specific life principles or dharma. All members are required to follow these fundamental principles according to their respective Varnas. The reasoning behind this elaborate system can also be found in greater detail in the Manu Smriti (an ancient legal text from the Vedic period). Most scholars agree that this system was to establish order and reduce conflict by giving everyone (including the Dalits, or “untouchables”) a specific role to play within the community. The castes were originally based only on occupation, rather than by birth and a person’s inclination toward the specific work. However, by the end of the Vedic period, this categorization that was based on a division of labor changed into a rigid and socially divisive system that caused great inequities.

Patanjali’s Yoga Sutra, the quintessential yogic text, was written around 500 BCE, at a time when the Brahmins, who were the gurus to the ruling elite, became all powerful and arrogant. They had access to the wisdom, the rituals, the knowledge from the Vedas and other texts, and thus the patronage of the kings (of the Kshatriyas caste). Most of the ancient texts were composed and taught in Sanskrit, often referred to as the “language of the gods,” which was taught only to the Brahmins and Kshatriyas, which further alienated the Vaishyas (traders, landowners, merchants) and Shudras (laborers).

The Brahmins were the teachers, and the boys from the royal family were the students. This was the classic Brahmin-Kshatriya model of interdependence. The Vaishyas, the Shudras, and the Dalits (untouchables) were increasingly discriminated against and excluded from access to knowledge, places of worship, and education. At this time, other religions like Jainism and Buddhism were birthed as a reaction to this oppressive socio-political climate. Thus, the Yoga Sutra was composed for, and meant for, the exclusive elite.

From the year 7 CE onward, India became a colony of various European and Asian imperialist powers who brought with them voluntary as well as violent conversion to Islam, Christianity, Judaism, and Zoroastrianism, adding to the complexity of the religious and political climate.

Simultaneously, the traditional Brahmin-Kshatriya model of teaching yoga extended throughout the more modern British-ruled India, by Brahmins like Sri Krishnamacharya (known as the ”father of modern yoga”) who, under the royal patronage of the ruler of Mysore, taught other Brahmins like B. K. S. Iyengar, Pattabhi Jois, and members of the royal household. Most of the influential teachers of yoga have been Brahmins, making it impossible to ignore centuries of the exclusion of multitudes in India. Yoga is a microcosm of the socio-political climate of exclusion.

In 1935, in the census taken during British rule, the word Dalit (meaning “broken” or “scattered”) was used officially to include all the people who were in the discriminated castes—the untouchables, farmers, laborers, and artisans. Bhimrao Ambedkar, who played a pivotal role in the Indian movement for independence from British colonial rule, campaigned for the rights of the “untouchables,” or “Dalits,” of India, and advocated abolition of the caste system. Born a Dalit (also called a Mahar in Maharahstra, the state from which he came), overcoming unimaginable hardship through sheer grit, Ambedkar earned doctorates from both Columbia and the London School of Economics, and was one of the key authors in drafting the Indian constitution.

The caste system was formally abolished in 1950. However, despite its constitutional abolition, the practice of "untouchability" remains very much a part of rural India. The Dalits comprise over one-sixth of India's population (some 160 million people) and yet they endure near-complete social ostracization. "Untouchables" may not cross the line dividing their part of the village from that occupied by higher castes. They may not use the same wells or visit the same temples, and they face discrimination in schools, employment, and housing in what has been called India's "hidden apartheid." Entire villages in many Indian states remain completely segregated by caste. It stands to reason that when basic human necessities have not been met, the practice of yoga in any form or at any level (physical, mental/emotional, or spiritual) is completely out of reach.

A Call to Action

In 21st-century India, yoga has been appropriated by a Western capitalist paradigm. Rather than being explored as a spiritual practice, yoga is often treated as a means of physical fitness for the elite who can afford memberships at studios or customized classes with a teacher. This is a call to action for all yoga practitioners to become aware of these paradoxes, of the truths of exclusion that are embedded in the history, practice, and teachings of yoga, which is at core a practice of union. We need to practice viveka (“discernment”) of the context and the social backgrounds of our beloved ancestral lineages. We need to acknowledge our role in knowingly or unknowingly excluding any community. And we must strive together to increase accessibility, to build equity by amplifying all voices and the work of those who have been marginalized and silenced.

Let us begin to unravel the many ways in which casteism plays out in yoga spaces. By easing financial and social restrictions to yoga classes, by translating the wisdom of yoga texts to languages that are colloquial, and by increasing representation at all levels of decision-making in yoga organizations, we can move from ignorance to knowledge, silencing to amplification, oppression to liberation, and division to unification.

Anjali Rao came to the Yoga mat at nearly 40 recovering from surgery from Breast Cancer. Growing up in... Read more