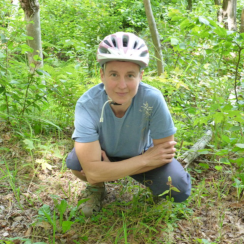 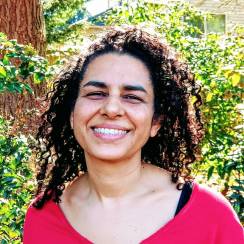 Sadly #MeToo stories seem to be as common in yoga and spiritual communities as they are everywhere else. This presents a particular challenge, as people often turn to these communities for healing and safety. Thus, when abuse has occurred within a yoga community, it is highly probable that many members will not recognize it. The need to belong can make it difficult to doubt the leader or other respected members of a community. And unfortunately, many members would often rather not address sexual abuse at all.

All three terms accurately describe what yoga “guru” Pattabhi Jois perpetrated upon both of us, authors of this article. The history of Pattabhi Jois's sexual assaults and the repeated cover-ups is extensive, and the response of the Ashtanga yoga community has been inadequate and negligent, at best. In light of this, we feel called to write this article as a guide for responding with greater competency and accountability to sexual abuse in yoga or spiritual communities.

All major spiritual and religious traditions share the fundamental values of speaking truthfully and acting in a manner that does not cause harm.

When we speak truth to power and shine a light on sexual violence, we align ourselves with one of the most hallowed principles of humanity: truth, or satya. Furthermore, when we are aware of how our actions and the actions of others cause harm and then take steps to rectify that harm, we are guided by one of the highest social values in both spiritual and secular spheres: non-harming, or ahiṃsā.

Truth and non-harming are foundational principles that guide a competent response to abuse. A history of unaddressed sexual abuse in a community indicates that the training and cultural values of that community have been inadequate. It is our hope that yoga and spiritual communities that have trouble addressing sexual abuse will shift their priorities from whitewashing to serving the truth (satya) and practicing non-harming (ahiṃsā).

How a Community Can Begin to Address and Prevent Sexual Violence

Seek education from experts outside of the community.

Consider the tragedy of sexual abuse in the Ashtanga yoga community. Ashtanga yogis are some of the most dedicated practitioners of modern postural yoga. In addition, many Ashtangis pursue knowledge and methods from other traditions such as ayurveda, Tantra, and Buddhism.

Practicing yoga asana, pranayama, and meditation, and listening with compassion can be valuable methods for healing. But none of these practices prevented Pattabhi Jois from sexually assaulting students, nor did they build a community that held him accountable for his crimes. None of these practices can sufficiently address abuse on either an individual or institutional level, nor can they prevent sexual violence from occurring again.

Guidance and training from independent specialists will help a community recognize abuse, respond skillfully, identify shortcomings that allowed the abuse to occur, and develop policies and systems to anticipate and prevent abuse in the future.

• Become familiar with legal definitions of sexual assault, which are based on the behavior of the perpetrator, rather than the perpetrator's intent or how it feels to the victim. Sexual abuse may feel good, bad, neutral, or numbing. It might not register right away. And while the behavior may appear consensual, true consent is not possible when a power differential exists—such as that found in a student-teacher relationship.

• Familiarize yourself with the laws on sexual violence and consent. According to the Bureau of Justice Statistics, sexual assaults may or may not involve force, and they can include such things as grabbing or fondling. Digital rape is a felony in many states in the US, including Colorado, Hawaii, and Washington—states where there are accounts of Pattabhi Jois assaulting women in this way (Remski, 2019).

• Identify myths around sexual assault. For example, sexual violence is not about sex. It is violence that misuses sex and sexuality to exert power over others: to control, intimidate, or violate.

When Pattabhi Jois grabbed my genitals and breasts as he adjusted me in yoga postures during class, I, Jubilee Cooke, sensed that he was enjoying the rush of power and not necessarily deriving sexual pleasure. His brazenness in sexually assaulting students in the presence of others, while avoiding confrontation, further demonstrates his position of power as the leader of Ashtanga yoga.

• Understand grooming. This is the process of establishing an emotional connection or trust with victims in order to lower their inhibition to sexual abuse. The love or greatness that abusers appear to radiate may actually be an indication of the charisma and power they use to groom victims.

Convicted sex offender Larry Nassar used a “nice guy” facade and his “authority as a doctor" to groom victims, parents, coaches, and arguably his entire community. In this way, he created impunity for himself and assaulted hundreds of girls and young women for decades. &#12;

Judge Rosemarie Aquilina at the Larry Nassar trial sets an exemplary and groundbreaking precedent by giving platform to over 150 victims to make impact statements. Any victim was allowed to speak whether they were involved in pressing charges or not. She invited victims to "Leave your pain here and go out and do your magnificent things."

Talk in a way that supports survivors and does not cause further trauma or perpetuate rape culture.

• Respond to survivors with sensitivity and timeliness. Avoid victim shaming/blaming. Ask what the survivor wants and needs. Seek education in oppression and trauma awareness.

• Do not “tone police” victims or tell victims how they should feel. Many spiritual communities value stoicism, dispassion, and calm. Justice will suffer if these qualities are valued over truth. It is easy for an oppressor and those who enjoy privilege to be stoic. They don’t have to endure the discomfort and pain caused by oppression. Gaslighters can be masters of calm.

• Stop publicly venerating the sex offender and profiting from association with their name. Making statements and displaying images that glorify the perpetrator can silence and harm survivors. Victims are less likely to report abuse if members of the community seem unreceptive, and if they praise the offender with statements like, “I still love him. No one is perfect,” “I only had wonderful experiences with him,” or “We must not forget what a great man he was and all the good he did.”

• Do not use euphemisms. For example, when Pattabhi Jois put his hands on women’s genitals and even digitally penetrated them, rather than naming it for what it was—sexual assault or rape—it was referred to within the Ashtanga community as a "" adjustment.

• Use active constructions that specify the agent of the abuse. For example, rather than saying, “The victim was abused or experienced abuse,” say, “The offender sexually abused the victim.”

• Apologize for being silent, denying, justifying, or enabling abuse.

Members of the Shambhala Buddhist community who are disappointed with the lack of acknowledgment from their leaders regarding their history of sexual abuse have composed an exemplary apology.

• Report abuse you have witnessed.

Since my first #MeToo post in October 2017, several Ashtanga teachers have reached out to me, Karen Rain, to offer support. They shared with me that they witnessed Pattabhi Jois sexually assaulting students and committing other abuses. When I asked them to make a public witness testimony to validate survivors' claims, they refused.

This is heartbreaking, along with the knowledge that some of the most prominent, well-respected teachers in Ashtanga yoga were in Mysore at the same time I was. They all witnessed the ubiquitous sexual assaults, yet almost all of them remain mum.

A few Ashtanga teachers have offered to listen to me, but they seem to think listening is the only action required when responding to a survivor of sexual assault. They have not shown interest in pursuing the suggestions in this article. I directly addressed this lack of inclination toward action in this recent article.

• Seek accountability. Ask teachers to make statements acknowledging abuse in any organization where they trained, their response to the abuse, both past and present, and if they profited by ignoring/enabling it. Only study with teachers who can do that.

Understand and address shortcomings of the organization.

• Sexual abuse does not happen in a vacuum. Assess systemic problems, teachings and teaching methods that allowed for or even enabled the abuse.

• Look for unhealthy or uneven distributions of power, such as a prestigious leader who cannot be challenged or who is not accountable to anyone, or an institution where reputation is prioritized over member safety and transparency. When performance or reputation is valued over or divorced from the well-being of members, institutional damage control can lead to decades of covering up abuse.

When the topic of sexual abuse arises in Ashtanga yoga, a common refrain is: “We don’t want to throw the baby out with the bathwater”—placing more importance on the benefits of the practice than the harm caused by the institution. By shifting the focus of the conversation away from the abuse, this argument effectively avoids addressing it. It thus repeats, ad infinitum, one of the systemic issues which enabled the abuse in the first place.

Encourage and honor the courage of whistleblowers who speak up about their own or others’ abuse.

In their article, “Institutional Betrayal,” Drs. Carly Parnitzke Smith and Jennifer Freyd write, “In order to further shift an institution’s priority from damage control to honest recognition of abuses that may occur within its ranks, recognizing and reporting abuse must be viewed as an honorable action.”

• Design clear, accessible policies for how to report abuse, how to hold perpetrators accountable, and how to offer reparations to those harmed.

Consult with survivors of sexual violence when designing policies, and compensate them for their input.

Make sure all teachers and students are aware of these policies.

Do not disregard or withhold public access to reports of abuse or harm.

Just a few months after returning home, I, Jubilee Cooke, told both of my local Ashtanga yoga teachers that Pattabhi Jois had grabbed my genitals in assists during my stay in Mysore. While Pattabhi Jois was still alive, I told two other Ashtanga yoga teachers about the abuse. All of these teachers either had been sexually assaulted by Pattabhi Jois, had witnessed Jois sexually assault other students, or, at the very least, were aware of the abuse during their stays in Mysore. When I told them what Pattabhi Jois did to me, none of these teachers seemed particularly surprised or alarmed, nor did they show any interest in taking action.

No leadership existed within the ranks of the Ashtanga yoga community to handle incidents of sexual assault. No system for reporting was in place. Furthermore, no clear policies and ethical guidelines had ever been established. Consequently, there was no accountability. This lack has perhaps been the greatest source of my frustration and sense of institutional betrayal.

• Engage in regular and transparent assessments of safety practices and policy. We cannot emphasize this step enough, because it is human nature to want to avoid uncomfortable topics. One way to make sure that no issue is avoided is to have a committee and a calendar dedicated to safety practices and policy review in order to ensure that abuse is responded to promptly and skillfully.

Here is a short list of organizations and websites offering education to individuals or communities regarding sexual violence and institutional abuse.

FaithTrust Institute is a national multi-faith training and education organization with a global reach and a goal of ending sexual and domestic violence.

Resilience provides public education and institutional advocacy in order to improve the treatment of sexual assault survivors and to effect positive change in policies. They are an excellent resource; however, their direct work is primarily with local communities in Chicago.

Other Articles By The Authors

Why Didn’t Somebody Warn Me? A Pattabhi Jois #MeToo Story by Jubilee Cooke

Karen Rain is a former certified teacher of the Jois method of Ashtanga Yoga. While studying in India... Read more

Over the last three decades, Jubilee Cooke has explored a variety of yogic and meditative disciplines.... Read more