How We Can Work Together to Avoid Cultural Appropriation in Yoga 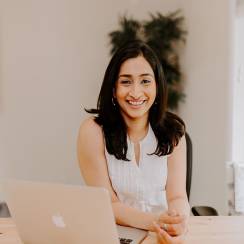 A few years ago I wasn’t familiar with the term cultural appropriation and didn’t know what it meant. I very much knew the experience of it, however.

The cultural appropriation of yoga has been going on for decades, and as a yoga teacher and Indian immigrant living in the United States, there has been no escaping it. For many years, I didn’t say much about what it feels like to have one’s heritage stolen and misused in yoga spaces—only my yoga teacher trainees got the full download during our sessions. But it’s time for me to address this issue with my fellow teachers and practitioners in public.

To fully understand the cultural appropriation of yoga, we first need to know what yoga is. Yoga is a spiritual practice. It is a way of living. It’s a practice of self-study and mind management. It is a way of thinking, speaking, being—and more. Yoga is a part of Indian culture and heritage.

Since the 1990s, yoga in the Western world has frequently been reduced to a fitness regime. Culturally, we’ve been ignoring the fact that this practice consists of far more than poses we deem photo-worthy, cute yoga pants, or a way to collect Instagram followers.

What is the cultural appropriation of yoga?

When a dominant culture takes from another culture—usually a minority or disadvantaged culture—without full regard for the context, respect or reverence, or even acknowledgment of the culture it’s taking from, it is cultural appropriation. The things that are usually co-opted include images or symbols, scripts, practices, fashion, art, music, etc. (This phenomenon can also be called cultural misappropriation—a term that was more widely used in the 1980s.)

This dynamic has happened with numerous cultures. In the case of India, specifically (the birthplace of yoga), it’s helpful to consider that it was colonized for centuries by everyone from the Portuguese to the Dutch, the French, and, finally, the British, who initially came on the pretext of trade and ruled for nearly 300 years.

Who is appropriating yoga?

Before we understand what is being appropriated from the practice of yoga, it is important to understand who is doing the appropriating. The answers might surprise you, as they include many:

Some people do it knowingly, while others are completely unaware.

What is appropriated in yoga?

There are many ways that yoga has been misused and misunderstood over the decades. Beyond the false equivalence of yoga and asana, here are some other examples of appropriation in yoga.

Yoga is not a fad. A fad is defined by the Oxford English Dictionary as “an intense and widely shared enthusiasm for something, especially one that is short-lived and without basis in the object’s qualities; a craze.” Yoga has existed for many centuries. However, goat yoga, beer yoga, and similar gimmicky styles may make it seem as though yoga is a fad.

People often misuse the word “yoga” because it’s popular: Yoga sells well in the Western world, but using yoga this way is an insult to my culture.

The use of the word “yogi”

“Yogi” refers to someone who does and lives yoga. Calling anyone and everyone who does yoga a “yogi” is incorrect, however. Typically, a yogi is someone who practices all the limbs of yoga intensely. Such a person practices severe penance, renounces possessions, has no personal relationships or ties to society, gives up sensory pleasures, and does still more. To be a yogi, one needs to follow the lifestyle that comes with being a yogi.

In many modern-day Western asana classes, a person who tries yoga for the first time is labeled a “yogi.” Growing up in India, this was not a term we threw around casually: It’s a title that’s conferred upon someone in recognition of their work as a spiritual teacher, or advisor.

Doing yoga poses or bits of yoga here and there doesn’t make someone a yogi.

Namaste—the word and prayer-hand gesture—has become synonymous with yoga and almost every yoga class starts or ends with a namaste. But growing up in India, I never said “namaste.” Since I am from the southern part of India, I instead said “namaskara,” “namaskaram,” or “vanakkam.” Namaste and its regional variations are a manner of greeting that simply mean “I bow to you.” It is neither hello nor welcome. It was a greeting I was taught to use in temples, for example when bowing to an idol, a priest, or someone elder or spiritually ahead of me in their journey. I never used namaste with friends.

Different Indian people will have slightly different experiences, of course—India is a large and diverse country. Namaste is a greeting I have noticed being used more among my North Indian friends and their families than it was in my South Indian upbringing.

As yoga teachers, it isn’t necessarily wrong to use namaste if you have appreciation for its origins. Use it if you want to, but understand that doing so will not make your class better or more authentic. It’s really what you do between your namastes that matter. But whatever you decide, please refrain from adding expletives to namaste or slapping it onto merchandise. That is a gross form of appropriation.

The use of sacred symbols and deities as décor

In India you will notice that deities and sacred symbols are treated with reverence. They’re placed on a pedestal, never on the ground, and most often some sort of altar is created for them. Special care is taken to maintain this altar and what goes on or near it. The altar is usually a space that is considered sacred and not an ordinary or random spot in the home.

Many Western yoga studios try to mimic the East by adding idols of Buddha, Ganesha, Laxmi, Patanjali, Shiva, and others without regard for how and where they are placed. For example, in India you would not sit with the soles of your feet facing an idol, your teachers, or an elderly person. This is considered not only disrespectful but also shameful. Yet, we see idols scattered around yoga studios with less intention, just to beautify the space. You’ll also often see Aum (“Om”), yoga sutras, mandalas, and more all over the walls of studios. But these symbols are not décor and casually adding them to a yoga space does not make that space more authentic. It would be more appropriate to have them in a private space in your home or office.

It is a sad reality that Indian and South Asian yoga communities are not well represented in the contemporary Western yoga world, whether we’re talking about studios, publications, on-demand streaming, the apparel industry, or accreditation boards. In the West, there are millions of Indians, South Asians, and people of Indian and South Asian descent—yet only a handful of them actually walk into yoga studios regularly. And an even smaller fraction return for regular practice.

As yoga teachers and business owners, we have to question this. What have we done with yoga that has made it so alienating that individuals from the very culture that yoga originated in do not feel safe, respected, and accepted?

When I speak to my fellow Indians, they share many stories about how the yoga they see in studios isn’t actually yoga but merely a workout. Or how the teachers can’t pronounce their names and they rarely or never see another yoga teacher from their culture. If you throw in teachers misusing namaste and behaving disrespectfully (whether consciously or not) with regard to other aspects of Indian culture…well, it all adds up and has sadly marginalized Indian and South Asian yoga teachers and students.

Traditionally, yoga playlists are not a thing

So many yoga teachers spend hours curating their yoga playlists. But in India, yoga classes don’t typically have music. When we play music in an asana class it can become a distraction. The goal of an asana is to take us deep within ourselves, to turn all our senses inward. In this context the breath becomes our music; it anchors the mind. When we play music—especially music with lyrics—it can cause confusion, distraction, and even frustration for the student. If you’re a yoga teacher who plays music with lyrics while teaching, consider transitioning to instrumental music instead, then to white noise, and, finally, no music at all. That would be in line with the tradition of yoga.

The commodification of yoga

Yoga is a multibillion-dollar industry in the U.S. alone. Let that sink in for a moment. Billions of dollars. None of that money is going back to India. What makes it further infuriating is that these brands appropriate yoga without even the slightest bit of remorse. Let me give you two examples.

Take Lululemon, a brand that is not unfamiliar with controversy. Their tagline is “This is yoga.” What are they implying? Buying yoga pants is the definition of yoga? Slapping sacred Sanskrit terms onto thongs, bras, and pants is yoga?

If you ask me, there isn’t a better example of cultural appropriation of yoga today. Many clothing and lifestyle brands have completely disregarded yoga and Indian culture and abandoned their moral compass in the name of profits. As long as people keep buying their products, they will have no reason to change. If you’re a yoga teacher who cares, please speak up and withdraw support from brands that so blatantly misuses yoga in every way. And I didn’t even mention inclusivity. You typically won’t see a single Indian person featured in these brands' advertising. Do you see the problem here?

How to appreciate, not appropriate, yoga?

There are many ways to appreciate yoga as a studio owner, teacher, or student. Here are a few simple ways to be a champion and stand up against cultural appropriation: