How Yoga Helped Me Through My Miscarriage 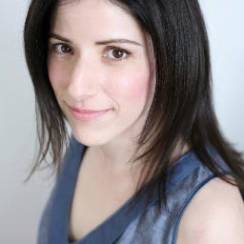 When Neil and I first started trying to have a baby, I expected it would happen right away, maybe even that first month. I was so confident, in fact, of my ability to become pregnant on demand that even before we put aside the box of condoms, I asked my doctor whether it would be all right for me to continue my yoga practice through the first trimester.

“Yoga?” my doctor asked. I thought I saw him stifling a chuckle. “That shouldn’t be a problem.” I knew what he was imagining—a restful stretch class—and explained that the form of yoga I practiced was quite physically demanding. “Not to worry,” my doctor answered. “The exercise will be good for you.”

Still unsure, I asked my yoga teacher for advice. With her advanced personal practice, motivating and warm teaching style, and twenty years of experience as an instructor, she’d become a nationally prominent figure in the yoga community. I approached her at the end of class. She clapped her hands together in excitement when I whispered that I was trying to get pregnant. I’d heard that the founder of this school of yoga had recommended a break during the first trimester, as well as for a few months after giving birth, I said. Would it really be okay for me to continue on as usual?

My teacher considered the question. She often made alterations to the primary series to fit the needs of a particular student. “Let’s take out some of the twists,” she said, instructing me to skip over reverse triangle pose (parivritta trikonasana), revolved side angle pose (parivritta parshvakonasana), and the intense seated twists of the maricyasana series. “What about the heat?” I asked. It was summertime in Los Angeles, and the room often broke 90 degrees.

“If you need a rest, take one,” she answered. “As long as you pay attention to your body, you should be fine.”

By nature, I am a worrier. But the one thing I never worried about was my fertility. I was tricked by the regularity of my menstrual cycle, which ran like clockwork on a 26-day schedule. But soon that regularity came back to haunt me—month after month. Every three and a half weeks, no matter how many prayers Neil and I said and how many attempts we made to merge our two souls into the seed of a third, I’d wake up to my period. And what felt like another wasted month.

Through it all I kept practicing. Yoga had turned my life around years before, helping me through the hopelessness of depression and the uncertainties of a career change. It was what I clung to when things weren’t going well—or when they were and good fortune seemed overwhelming. Yet each month, when my period came, I couldn’t help but wonder if my practice was partly to blame. Was I pushing myself too hard? Did I need to slow down, maybe even gain a little weight, in order to conceive?

After six impatient months, it happened. Two pink lines appeared on the home pregnancy test where before there had only been one. I was pregnant, and within days I had the exhaustion and morning sickness to prove it. No matter; I was floating, elated, blessed.

For many mothers-to-be, continuing with a modified series of yoga postures is a wonderful way to nurture themselves and their babies.

Sick as I was, I continued to attend class, stubbornly forcing myself through the difficult series of postures, through ten long sun salutations and an array of standing poses and forward and back bends. I’d told my teacher that I was finally pregnant. She was thrilled and continued to assure me that I shouldn’t have a problem with my practice as long as I took as many breaks as I needed. She’d seen many female students through healthy pregnancies. I’d watched some of those pregnant women in class, women further along by many months, gracefully maneuvering around their growing bellies. For many mothers-to-be, continuing with a modified series of postures is a wonderful way to nurture themselves and their babies. But for me, the heat and sweat of the room were suffocating. Backbends unsettled me; all those repetitions of chaturanga dandasana felt irresponsible.

There was another option. Since attending my center’s eclectic teacher training the summer before, I’d begun dipping my toe into a different approach to asana. I’d gotten into the habit of taking a Saturday morning class as a complement to my regular weekly classes, much like a modern dance student might take a ballet class for a refresher on technique and alignment. I often left my weekday class feeling drained, but I noticed that the Saturday morning classes left me feeling refreshed and open and awake.

Intellectually, I knew that for a pitta-imbalanced type like me, whose system ran hot and who struggled with perfectionism and a competitive nature, a hard-driving yoga practice wasn’t the best idea. But I couldn’t help myself. I craved the challenge. And my friends and fellow yoga teachers all practiced this kind of yoga. The men and women in my new class were closer to my parents’ age.

Now that I was pregnant, though, something inside of me shifted. Pushing myself in my yoga practice felt like the last thing I needed. Knowing that there was someone growing inside of me, another being who was dependent on me for care and nurturing, made me want to take care of myself. I was ready to listen to my body.

So for the next month I attended several of the new classes every week. I saw women twice my age holding ten-minute headstands, expertly addressing the standing postures, folding in on themselves in forward bends, and coming up into glorious backbends. These classes, though difficult and requiring a high level of skill, had an unhurried pace, an intelligent and careful focus. The knowledgeable and sensitive teacher gave me special instructions for almost every pose without announcing why to the rest of the class, and she supported me with words and props. In the midst of morning sickness, class was one of the few times of day when I felt relaxed and comfortable.

Heartbroken over the miscarriage,<br/>I insisted we start trying again.

And then the worst happened. I went for my first ultrasound at eight and a half weeks and learned that the baby I’d imagined growing inside of me had stopped developing days or maybe even weeks earlier. There was no heartbeat, not even the beginnings of a baby left for me to see—nothing but an empty embryonic sac taking up the ultrasound screen.

The next few weeks were bleak. My husband and I had to wait over a morbid and nightmarish weekend for blood tests to confirm the ultrasound results. A few days later, we went in for my D&C.

My period came 26 days later and, heartbroken over the miscarriage, I insisted we start trying again. But month after month my period returned. I was sad a lot of the time, but life went on. Neil found a job in Cambridge, Massachusetts, and we left our temporary home in Los Angeles and moved across the country. Things progressed with my writing. Nine months had gone by since my miscarriage, and then a year.

In Boston, with no guarantee of when or if I’d be pregnant again, I decided to give my original practice one last chance. As many mornings as I could manage, I pried myself out of bed a few minutes before six and caught a bus to class, watching the sun come up as we rode down Massachusetts Avenue and across the Charles River, from Cambridge into Boston. Other days I practiced—halfheartedly—at home. I felt as if I was exercising on a treadmill, going through the motions. Meanwhile, though I had seen specialists, I still wasn’t finding any answers as to why it was taking me so long to get pregnant again. “Be patient,” my friends counseled me. “It will happen when the time is right.”

I realized this was a new path, a practice of patience, of long-term growth and self-acceptance.

I was starting to forget what I loved about yoga, what I loved about aspiring to lead a yogic life. And then, a window opened. An advanced senior teacher of the gentler method I had taken up—one of just two in the United States—happened to teach in Cambridge. She’d been away for the summer but had recently come back to town, and her local classes took place on an occasional basis as her travel schedule permitted. She began each class with a session of chanting and a discussion of some of the Yoga Sutra. And then the asana portion of class began. Students took notes and practiced what we went over in class at home. I decided to do the same, and for the first time in my life, my home practice blossomed.

At a Christmas-time retreat, I watched women and men in their 40s and 50s and 60s progress through the most beautiful yoga practices, and heard them speak in discussion groups about the challenges of middle age, relationships with partners and children, the difficulties of navigating work life and the spiritual path. I admired one woman’s sensitivity toward her teenage daughter, another’s twenty-minute headstand with variations. “It’s taken me twenty years,” she said modestly. I realized this was a new path, a practice of patience, of long-term growth and self-acceptance.

A year and a half has gone by since my miscarriage, two since I started trying to get pregnant. I’ve tried all the suggested natural remedies: restorative poses to soothe and nurture the reproductive system, special dandelion teas, regular acupuncture sessions, and the obvious things like refraining from caffeine and alcohol. Nothing has helped. My latest blood test shows an abnormality in my eggs, a problem with their quality and quantity.

In the midst of all this, Neil and I found, bought, and renovated our first home. It’s a small two-bedroom apartment on the top floor of a triple-decker row house in Cambridge. The second bedroom was meant as a nursery, and I’ve made the room into my writing study and yoga space only reluctantly, and at Neil’s urging. These days I wake up at eight and roll my mat out, and as my puppy looks on from her pink blanket, I take myself through a new series of movements, thinking more about alignment, holding some postures longer, exploring others two or three times, taking as much care with the restoratives as with handstands and back bends. While practicing, I try to clear my mind, be in the pose, and not think about what’s coming next.

Creating and nurturing new life can&apos;t be rushed,<br/>and neither can yoga practice.

I’m slated to start artificial insemination next month, and my husband and I are thinking more and more about other ways of becoming parents. As we send out for information on adopting from abroad, from Asia, perhaps, or Africa, we learn that adoption, too, with its paperwork and waiting lists, will take every ounce of patience we can muster. Maybe that’s okay. My headstand is only up to six minutes. (Fourteen more years to go.) I’m beginning to realize that creating and nurturing new life can’t be rushed, and neither can my yoga practice.

Jessica Berger Gross is the author of enLIGHTened: How I Lost 40 Pounds with a Yoga Mat, Fresh Pineapples,... Read more