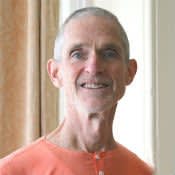 The 1960s and 1970s gave birth to a unique counterculture movement that rejected conventional American beliefs and a way of life that was prevalent at that time. Many young people found traditional approaches to spiritual life meaningless and rigid. They questioned the cultural values around drugs, relationships, work, and war. I was among those who also puzzled over the conflict between religions, each claiming to be the only way. The teachings of Sri Swami Satchidananda, who arrived in the United States in 1966, addressed all of those issues with such depth and lucidity that young people by the hundreds flocked to his talks.

After his arrival in New York, Swami Satchidananda’s words quickly touched many hearts with universal truths that transcended culture and faith. A core group of students came together and persuaded him to stay in the United States to continue imparting the yoga teachings and guiding students along this new path. He named this newly formed organization Integral Yoga, thereby implying that yoga practice can be integrated into all aspects of human life.

Many of Swami Satchidananda’s early students were young and without careers and families of their own to care for. They were deeply inspired by his living presence and teachings, and they gave themselves wholeheartedly to yoga practice. In those days, silent retreats were attended by hundreds who happily camped out or crammed into tight quarters, just to be present.

In 1970, Integral Yoga purchased buildings in New York City and San Francisco, and both institutes filled with residents eager to immerse themselves in yogic life. Some of the residents committed themselves even further by taking sannyas (monastic) vows, emulating Swami Satchidananda and his life of service.

Count me among those swept up in a wave of enthusiasm for the pursuit of Self-realization. Not only did yoga give meaning to our lives, but the transformation it facilitated in us felt like a significant response to the ills that plagued our world.

By the age of 25, I was so inspired that I made up my mind to take sannyas vows. In 1979, I gave away almost everything I owned, packed a few clothes into my pickup truck, left my home in Kentucky, and drove to the ashram where I handed over the truck and the small amount of savings I had. My intentions were sincere, but I had a lot to learn. I threw myself into ashram life and tried to become a good yogi.

Compelled by the same forceful mentality predominant in our Western culture, I didn’t recognize that I was simply repressing my thoughts and feelings in order to create a spiritual persona. Living in a spiritual community inevitably revealed all of our selfishness and attachments, a process that Swami Satchidananda called “rubbing and scrubbing” one another. It was sometimes humiliating to see how petty my desires were (especially if he pointed them out).

We all have to learn that we cannot simply bypass our hidden darkness—we have to face it. While the practices of yoga can bring powerful experiences, we may have to look deeply into our addictive behavior or emotional distress. Many of us from those early days had to complement our yoga practice with the cultivation of self-acceptance and mindfulness, or engage in some form of therapy to work through the unresolved emotions that bound us like psychic knots from the past.

He also made clear that yoga practice is focused not just on mastering the mind but on opening the heart by serving others.

Swami Satchidananda taught us to analyze our suffering in order to recognize how it is rooted in the ingrained belief that a special achievement and/or a stellar reputation can make us happy. He also made clear that yoga practice is focused not just on mastering the mind but on opening the heart by serving others. Though we hear stories of how yogis isolated themselves in caves or jungles performing intense practices, Swami Satchidananda guided us to be involved in the world.

Once, after practicing hatha yoga and meditation for many years, a fellow devotee and I asked Swami Satchidananda whether we should deepen our practice by devoting more time to it. He paused thoughtfully and encouraged us instead to bring our practice into the way we lived—to make our service a meditation. He was a living example of how the energy and focus we gain can be channeled into whatever we do.

That became more and more important to understand as many of those original students found life partners, started families, and embarked on careers. Some of them had little or no time for the practices they had learned and needed to see that yoga can just as easily be practiced in a conversation, in a business office, or with one’s children as on a yoga mat. It can mean seeing and serving God in our neighbors. Swami Satchidananda’s playful saying “Do your best, leave the rest” is readily applicable to anything we do, and guides us to find the joy in the doing, rather than in the outcome.

Swami Satchidananda began to ordain Integral Yoga Ministers in the late 1970s, making clear that married and single yogis could be just as committed to living the yoga teachings as sannyasis. He explained that true renunciation is defined not by a name or an orange robe but by an inner attitude of selflessness—of considering the well-being of everyone instead of only our own.

The idea of living the teachings became the cornerstone of the formal teacher-training program instituted by Swami Satchidananda in the mid-1970s. He felt that yoga teachers should first of all experience for themselves the benefits of all the practices and learn to integrate them into their lives. In a stroke of genius, he devised a safe and simple yoga class format that, when followed, creates a profound experience that quiets the mind and thoughts to reveal a personal center of peace that one can learn to access at will.

That method of teacher-training and the accessible style of practice have enabled thousands of students to become teachers and offer classes all over the globe. Because of that, Integral Yoga has been customized so that its powerful healing effects may be taken safely to populations with heart disease, cancer, arthritis, irritable bowel syndrome, mental disabilities, and a host of other conditions. Integral Yoga trains teachers to work with pregnant women, parents and babies, children, teens, and the elderly and dying, as well as people capable of subtle, advanced practice.

I have been practicing yoga for more than 40 years now and have watched its proliferation—not just geographically, but into almost every segment of our culture. Yoga practice has been combined with Pilates, Tai Chi, dance, massage, psychotherapy, and myriad healing modalities. New “styles” of yoga appear regularly, teachers seeking to put a personal signature on what they offer, as yoga classes and accessories have grown into a $16 billion industry.

Has all this tainted the practice and diluted its original purpose? A whole spectrum of yoga classes and teachers can now be found, from the most superficial and commercialized to the most closely aligned with the pursuit of Self-realization. In many communities, the most popular forms of yoga are dynamic styles that offer a workout-like experience, which may appeal to many people because the physical effects are more dramatic than with a subtle practice. But that form of practice can simply be another way of expressing the same “Just do it” mentality that we subconsciously allow to compel many aspects of our lives, and it lacks the transformative potential of yoga.

I also believe that the emergence of a technology-oriented culture is creating an addiction to the continuous stimulation from messages, images, and sound bites, which may prompt more people to seek a yoga practice that offers internal stability. Fortunately, Swami Satchidananda and the other yoga masters from India stayed long enough in the West to establish a foundation of authentic yoga practice that is available and will endure.

As with many services available to the public, yoga students must find classes that meet their needs. Those seeking relief from the stress of trying to measure up to some image of success or who are interested in spiritual awakening will naturally gravitate to a more meditative method. There, they can disengage from the embedded mental stories that govern their relationships to the world around them.

My own teaching has evolved so that I give more and more emphasis to the importance of separating ourselves from the stream of thought that normally defines us. I now almost always begin classes by reminding students of the original intention of yoga. I am continually experimenting with ways to guide them to listen honestly and respond to the sensations in the body as it is, instead of imposing some idea of how it should be. I encourage a deeply focused attention in order to cultivate a non-reactive awareness that frees a practitioner from conditioned thinking, which over time exposes a deep form of inner contentment that is independent of circumstances.

Of course, yoga will continue to evolve. Stress from many sources seems to be increasing, and yoga and meditation have shown themselves to be successful in reducing it and helping people heal from both physical and mental illnesses. Because Integral Yoga is uniquely effective in addressing those conditions, I believe its practice will be incorporated into many institutional settings, such as hospitals, senior centers, prisons, rehabilitation facilities, hospice sites, corporate environments, and universities.

There is one thing I’m confident won’t change over the next 50 years: the teachings that have transformed lives and brought peace to many hearts. They are timeless.

Swami Ramananda is the Executive Director of the Integral Yoga Institute in San Francisco and a greatly... Read more