Is There a “Right Way” to Practice Plank Pose?

A question I’m often asked is: What’s the right way to do plank pose?

I’m always happy when I get this question, because it means that my students are becoming critical thinkers. Rather than just memorizing cues for a pose, they are questioning why one would practice plank in a specific way. With this in mind, I think that rather than asking if there is a “right” way to do plank, a more helpful question would be to ask why you might choose one version of the pose over another.

In most yoga classes, plank is taught with a neutral spine. Working this way activates your local spinal stabilizers. These are the postural muscles that help to support and stabilize your spine, and they include the multifidus, transverse abdominis, rotatores, and others.

Your local stabilizers are endurance muscles that help support your joints in static positions for long periods of time. This is helpful not only for yoga poses, but also for many of the common activities of daily life (such as standing and sitting). It’s also thought that when you’re able to effectively recruit your local spinal stabilizers, you’re less likely to experience back pain. 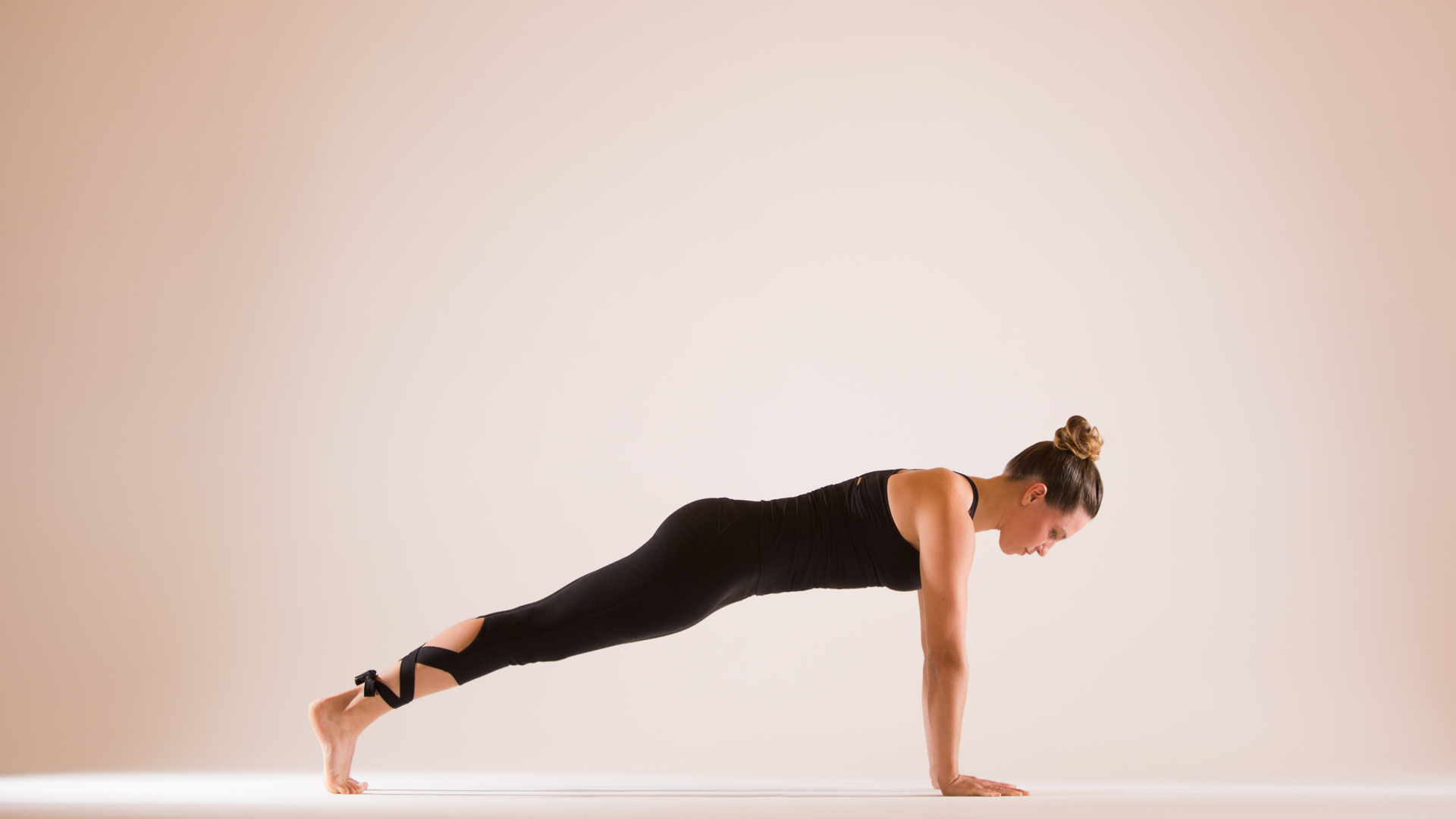 However, it is a misconception that if you practice plank pose with any deviation from a neutral spine you will increase your chance of injury. To the contrary, you may even decrease it. While many yoga poses are taught in a neutral alignment (where all joints are stacked), our activities of daily life involve moving outside of neutral. This means we want to be prepared to handle the myriad body positions that life requires.

For example, you may fall down and need to catch yourself with your hands. You’re not likely to land in a perfectly neutral plank, and it would be helpful if your body was prepared to accommodate that.

Plank pose can also be practiced in a flexed position, with the upper back slightly rounded (also known as thoracic flexion) and the shoulder blades spread apart or maximally protracted. 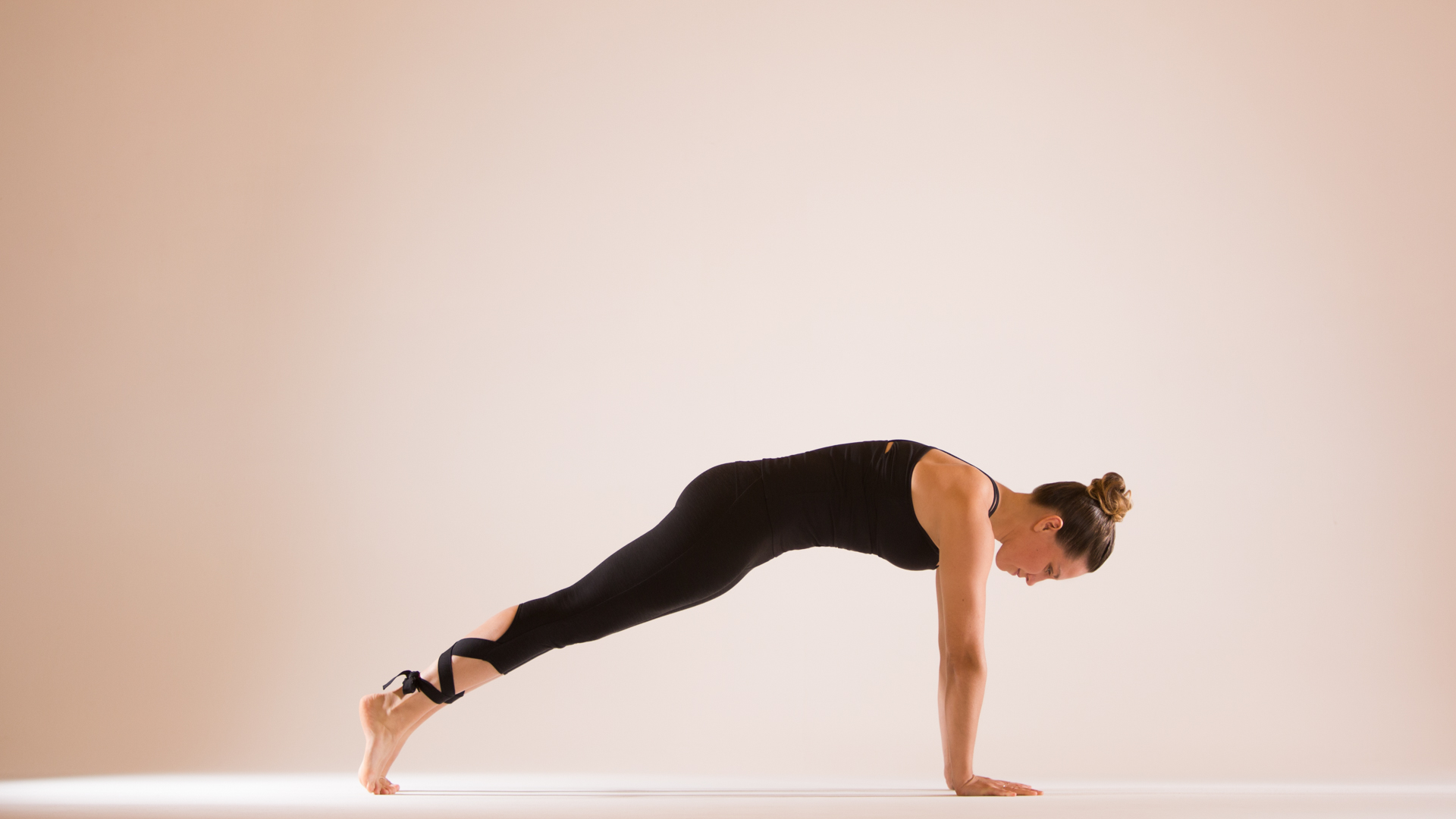 While practicing plank pose with a flexed spine won’t necessarily save your wrists in a fall, it is one example of how you can vary the way you move in order to build strength in different positions.

I discussed above the importance of training your local spinal stabilizers, which is helpful for standing, sitting, and holding static shapes (such as yoga poses). However, life also requires another layer of strength for dynamic activities, which include sun salutations, pushing open heavy doors, and lifting your grocery bags.

Practicing plank pose with a flexed spine is one way of adding this additional layer of strength, because it targets more of your global mobilizers, which are the muscles that move you through space. When you perform plank pose with a flexed spine, it targets your pectoralis major, rectus abdominis, and quadriceps, which are all global mobilizers.

Additionally, many people lack the strength to hold plank pose in a neutral position. As a result, they sag in their hips, shoulders, and spine, which places excessive stress on the joints. This is one reason why some people experience wrist pain in plank.

Knowing this, you can practice plank pose with a flexed spine in order to strengthen your global mobilizers and better prepare your body for plank pose with a neutral spine (without the sagging in your joints).

Lastly, the flexed-spine version of plank can be helpful in preparing your body for advanced asanas, such as handstands and arm balances, which recruit many of the same muscles you use when performing plank with a flexed spine.

Plank is just one example of a pose that can be executed in different ways, depending on your needs and your goals. Critical thinking creates the opportunity to individualize each pose in your asana practice in order to meet your needs.