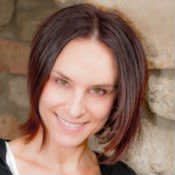 In 2010 I received a great gift. The kind you cannot touch, but only feel. The kind that leaves you breathless, as if you’ve just escaped death. Which I likely almost did. I was surrounded by a group of women with whom I shared my secret—that I was thinking about tossing my five years of sobriety down the drain for a weekend of music. Of course, it wasn’t just the weekend of music that attracted me—it was the mind-altering substances that came with it. The ecstasy, the mushrooms, the marijuana, the alcohol—and inevitably the shame, the guilt, the incomprehensible demoralization.

I was moving soon and had a bit of freedom in my schedule, so I took that time (and the finances it would’ve required for me to execute my potential death plan) and decided instead to get my teaching certification in yoga. Yoga taught in the style of Ashtanga, to be precise. The sangha (community, or school) was anything but flashy and remains to date the most authentic studio I’ve ever attended. What I learned in that time was critical to my continued sobriety.

We find our way to yoga via a number of paths and rivulets. Either it's been suggested to us by someone close because we're exhibiting less-than-stellar behavior, by doctors who say it will improve our health, or by the shift we witness in someone else's life after they start practicing. Even diet can provoke changes that lead us to yoga (and yoga, in turn, leads to more improvements in diet). All of these reasons became the asana, or seat, of my practice.

When I began my 200-hour training, my recovery suddenly took a back seat due to time constraints. I couldn't attend as many 12-step meetings as I would have liked, nor was I able to meet with others in recovery as I normally did. Yet a significant shift was occurring that stabilized me. I was able to yoke yoga and sobriety. This isn't rocket science, nor is it the first time someone has done this. But for me and my continued journey, it was a spectacular leap in understanding that also provided a practical course of action. I realized that I needed to let go of who I thought I was to become who I was going to become. In the words of Joseph Campbell, “We must let go of the life we have planned, so as to accept the one that is waiting for us.”

I was able to yoke yoga and sobriety.

One of the main texts that refocused my thinking during training was the Bhagavad Gita. When I scanned the pages, I found my wandering, suffering self in the words written so long ago, and the two sides of the bridge that had been forming in my mind—yoga and sobriety—touched, intertwined, and became concrete. From 2.67-71:

If a man keeps dwelling on sense-objects, attachment to them arises; from attachment, desire flares up; from desire, anger is born; from anger, confusion follows; from confusion, weakness of memory; weak memory—weak understanding; weak understanding—ruin.

This was me! This was me in my whirl of delusion as I toyed with the idea of relapse. Attachment to the sense objects, the drugs, attachment to the escape and the relapse itself, kept my head spinning with excitement and fear. The desire in me grew and grew to feel those feelings again, to be careless and free, numbing all that was painful and allowing it to—helping it to—slip away. Then the anger rose up, the anger toward myself, which paved the way to confusion. Who am I? What am I doing? I was caught up in the world of who I used to be, disregarding the world I was actually in, forgetting all that I had worked for and the truths I had come to know about myself. Which was leading me down the destructive road of relapse or, more fittingly, ruin. The consequences of my behavior, my thinking, couldn’t have been more clear, more poignant for me than in that moment.

These are the things I came to realize in my first years of sobriety and here they were visiting me again, in my sangha, in the poetic words of the Gita. I was amazed.

According to Buddhism, the root of all suffering is desire. For me, that desire is addiction. The desire to numb, rather than to feel. To utilize all possible external sources in a desperate attempt to fill the void left by internal deficiencies. We all do it sometimes. We try to numb ourselves, to dumb ourselves down, to not deal. With whatever it is inside of us that is crushing us with fear and self-castigation. Clinging to old ideas, beliefs, people, places, and things that are causing us harm, even though we try to convince ourselves that they'll make us feel better. These are the things I came to realize in my first years of sobriety and here they were visiting me again, in my sangha, in the poetic words of the Gita. I was amazed. I was deeply affected. I was certain that the gods had led me to this place, and to the place within myself that spoke so truly to me.

Since then I have taught to those both in and out of recovery. I've recited the words of many texts. I've chanted many songs that I love. But I never stray from the words that brought me to them. The sweet words of the Gita. From 2.72:

Abandoning all desires, acting without craving, free from all thoughts of “I” and “mine,” that man finds utter peace. In the words of my wise and loving teacher, “Practice makes permanent.”

I am a 200hr ERYT with my BS in Addiction Counseling. I work as both a yoga instructor and counselor... Read more