Sanskrit: Insights into the Bhagavad Gita 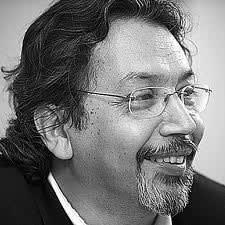 Before starting I need to make two confessions: first, I believe Sanskrit is vital for penetrating the vision of nonduality; second, despite this belief, because I came late to Sanskrit and had teachers who were just half a step ahead, my knowledge of Sanskrit remains fairly basic. This is by way of encouraging readers to realize that even a high school understanding pays dividends. With that off my chest, let’s explore.

Sanskrit is the language of the Vedas. The largest body of teachings devoted to the preparation for and attainment of self-knowledge is available through Sanskrit, as are voluminous writings on yoga, architecture, theater, mathematics, music, astrology, medicine, etc. Sanskrit grammar, as preserved in the 3,959 aphorisms by the fourth-century grammarian Panini, is the most comprehensive grammar available today. This ancient language is so systematic that technologists searching for a linguistic basis for artificial language turned to Sanskrit. And finally, its high degree of refinement makes Sanskrit the perfect language for communicating the subtle vision of nonduality.

Instead of going wide by merely eulogizing Sanskrit, however, I wish to go deep to provide support for my conviction that people who depend on English translations miss out on secrets that Sanskrit alone reveals.

Verse 2.46 from a popular translation of the Bhagavad Gita (“Song of the Lord”) first alerted me to the problem:

As a man can drink from any side of a full tank, so the skilled theologian can wrest from the scripture that which will serve his purpose.

Anyone reading this translation might well conclude that Krishna (who is speaking these words) is warning of the dangers of sophistry. The sophists of ancient Greece, who prided themselves on their ability to argue opposing points of view with equal conviction, were targets of Socrates, the forefather of Western philosophy, who saw their cynical rhetoric as the enemy of reason. So is Krishna warning against those who pay mere lip service to truth? Judge for yourself from a less interpretive translation of the same verse:

For the pure-minded person who knows the Self, all the Vedas are as much use as a small reservoir when there is a flood everywhere.

Here the superiority of Self-knowledge (moksha) over knowledgeabout the Self is praised. Krishna cautions against making a life of ritual, worship, and study an end in itself by putting these scripturally supported activities in perspective: for one who has true Self-knowledge, he says, all these practices are as useless as a reservoir covered over by floodwater.

It was difficult for me to trust translations after this, and I concluded the only option for escaping translator bias was to begin to learn Sanskrit. Even at the outset, this unlocked many more secrets from the Gita.

For example, years ago a friend, who was new to both Sanskrit and the Gita, rushed breathlessly into the room, saying, “Isn’t it amazing how the first word of the Gita reveals its subject!” There I was, a self-declared Gita lover, a bit nonplussed because I could only think of the opening words in English: “On the sacred field of Kurukshetra . . . ” But I nodded sagely, careful not to expose my ignorance, and hurried home to find out what word had caused such excitement.

The opening words are two compounds: dharma-kshetre, kuru-kshetre, making dharma the first word of the Gita. Dharma, right living, is the key to the entire subject matter of the Gita. I started to see why my friend was so excited. I quickly flicked to the last word to see if it had similar significance. It was mama (“my”). Mama dharma, my decree, my law, my religion, my morality, my order that sustains and upholds everything. In 700 verses, between the word dharma and the word mama we find the essence of Vedanta, the key to conflict-free living in conformity with the Lord, universal law and order.

Understanding Sanskrit’s potential for word play helped me penetrate these opening words even further. The answer to the question of how one can align one’s activities with dharma is found by rearranging the opening words to read kshetre kshetre dharma kuru: “In field after field, act righteously.” The 700 verses that follow—Krishna’s teachings on karma yoga (sacred action), dhyana(meditation), upasana (worship), leading to jnana (knowledge)—tell us what righteous living entails. And where it leads—to the ultimate understanding: I am no different from the Supreme Reality itself!

Discerning all this from two innocuous compounds is possible only through knowledge of Sanskrit. Going deeper, with help from Yogananda’s translation, we discover more secrets from this same verse. Here’s a typical translation:

King Dritharashtra said: On the sacred field of Kurukshetra, when my sons and Pandu’s were gathered for battle, what happened, O Sanjaya?

Who would want to spend more time on this? The king’s name is barely pronounceable and the rest seems of little import. But let’s see what the Sanskrit lens reveals. King Dritharashtra, blind from birth, is on the throne when a war for rights to the kingdom splits the family. His name, no mere label slapped on by his parents, is significant.

Dritha carries the sense of “holding firm”; rashtra is Sanskrit for “kingdom.” This blind ruler holds the kingdom firmly in his grip in the same way that manas, discursive mind, holds a tight reign on the kingdom of the senses. Dritharashtra thus symbolizes a blind discursive mind, which asks the opening question about the outcome of a battle, which, as we saw earlier, is the battle for righteous living. And who are the participants? On one side are the 100 offspring of “blind mind” and on the other side are the five offspring of his sighted brother, Pandu, who represents the discriminative mind.

With the help of Yogananda’s commentary, delving into the interpretative translation of the Sanskrit names of the other characters mentioned in the opening chapter of the Gita uncovers more secrets. The 100 offspring of “blind mind” stand for our myriad sense tendencies and desires. Their opponents are the five powers of “discriminating mind.” For example, two of the five warriors listed in verse 1.4 as opponents of Dritharashtra’s are Kashiraja (“discriminative wisdom”) and Drupada (“extreme dispassion”). The battle for righteous living is thus taking place between desire and discrimination. And what is the kshetra, the field? The clue comes in the 13th chapter of the Gita where Krishna says: “This body is the kshetra . . . ”

Sanskrit thus transports us from a past battle several thousand years ago to the present one, from a battlefield several thousands of miles away to our very bodies: we are the battlefield in which discriminatory powers fight the overwhelming forces of desire and sense tendencies in our daily struggle to live a right and proper life. The mind asks the objective self (Sanjaya, “one who is victorious over everything,” signifying dispassion): “Did my blind desires get the upper hand in today’s battle or did discrimination win the day?”

Students of ashtanga yoga have another surprise in the wings. On examination, the Sanskrit names of the warriors supporting the forces of discrimination turn out to stand for yama, niyama, asana, pranayama, pratyahara, and the triad of dharana, dhyana, andsamadhi. Ashtanga yoga is what supports discrimination in its battle against blind desire. So the first chapter of the Gita, which many people skip because of the unpronounceable names of the warriors and because it seems to contain little more than the outpouring of a despondent warrior, starts off by encouraging self-inquiry—How did my battle to live righteously go today?—and also gives us a clue as to what will support us in the battle: yoga.

Language requires a respect for words, and I have almost consumed my quota in lifting a corner of the cover on a small handful of verses in an “empty” chapter of the Gita. It also shows that high school Sanskrit, together with a dictionary and conjugation tables, is sufficient to turn warrior’s names into yoga practices, battlefields into bodies, blind kings into inquiring minds, and armies into sensory desires.

Now the small print: Self-study can take us only so far; we need the help of a traditionally qualified teacher to go the distance. The flexibility of Sanskrit requires careful handling to reveal which meaning to choose in which context. Only a teacher seeped in the understanding of scripture and the Infinite can help here. Until that teacher appears, grasp the Sanskrit nettle and live well: kshetre kshetre dharma kuru.

THE VEDANTA COLUMN is published in partnership with Advaita Academy, a nonprofit organization which aims to preserve and promote the awareness of traditional Advaita teachings through a and in collaboration with similar associations.

Peter Bonnici had been studying Vedanta since the mid-1970s, but only since meeting his current teacher,... Read more