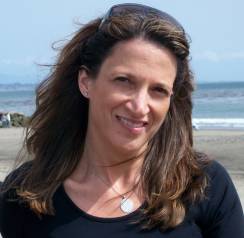 Over the past several decades we’ve discovered that the brain changes, depending on what we do and how often we do it. Known as neuroplasticity, this phenomenon occurs from birth to old age, as long as the mind is stimulated with challenging or novel tasks. Emerging theory and research suggests that yoga practice may impact brain networks, change cognitive, emotional, and behavioral experience, and even alter autonomic functioning under stress.

One of the first articles to theorize the impact of yoga on the brain, published in Frontiers in Human Neuroscience, proposed that yoga practices (breath regulation, meditation, sustained postures, and ethical precepts) facilitate interoception—the transmission of information from the body to high- and low-level brain networks. These brain networks, in turn, feed information to the body. This feedback loop may facilitate self-regulation, which is an essential component of stress resilience and psychological well-being.

A subsequent article in the same journal supports the notion that yoga practices involve a complex, bidirectional brain-body exchange of neural information that includes both top-down cognitive processes and bottom-up physiological input.

“Top-down” cognitive processes refer to conceptually driven mental events that are influenced by our thoughts, expectations, values, and beliefs. In other words, we use existing knowledge and then seek out information and experiences that “fill in the blanks.” This allows us to use what we already know as a frame of reference, rather than figuring out each situation from scratch. For example, when you encounter a rattlesnake on a hiking trail you draw on prior knowledge that rattlesnakes are poisonous, rather than sticking out your hand to see what happens if it bites you.

Conversely, “bottom-up” processing relies on input from the body and the brain’s emotion centers. Here, sensory information from the external environment is filtered through the brain’s emotional circuitry prior to being projected to higher order “thinking centers” for interpretation. Bottom-up processing occurs when you react before thinking, such as slamming on your car’s brakes when a pedestrian steps in the path of your car. Only after the accident has been averted do you begin to think about what happened.

Theory and evidence are now emerging that both top-down and bottom-up processes are enhanced by regular yoga practice. This may occur because yoga teaches us to balance the body’s stress response and regulatory systems as we practice. Specifically, we learn to manage the physical, emotional, and psychological tensions elicited while performing various postures and breathing and meditative techniques, which enhances our ability to maintain balance during challenging life events.

Yoga May Buffer the Effects of Age-Related Decline

Research suggests that regular yoga practice may lead to changes in brain structure and function. For example, a study by Villemure and colleagues, in which the brains of expert yoga practitioners were compared to controls using functional magnetic resonance imaging (fMRI), found that long-term yoga practitioners did not display declines in overall brain gray matter volume relative to controls. In addition, the number of years of yoga practice was directly related to greater brain volume in regions associated with executive functioning, emotional processing, and stress regulation— leading the study’s authors to conclude that yoga may enhance cognitive functioning and psychological resilience, and protect against age-related decline.

Body awareness is another important facet of yoga practice that researchers are beginning to explore. In one study, a team of European researchers examined whether experienced yoga practitioners show higher levels of proprioceptive awareness and self-transcendence, compared to a control group. Results showed that yoga practitioners possess a higher degree of body awareness (as indicated by greater reliance on bodily signals and less reliance on visual cues when regulating their behavior), compared to those who do not practice yoga. Those rated as higher in self-transcendence were also significantly more attuned to bodily input.

Although we still have much to learn, the emerging research finds that yoga impacts neurophysiological and neurocognitive mechanisms related to self-regulation, psychological health, and stress management. What’s more, regular yoga practice may buffer the effects of aging and increase resilience to life challenges and stressors.

No matter how you look at it, yoga benefits not only your mind and body, but also your brain.