Should We Mix Yoga and Social Justice? 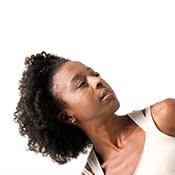 Like many of you, I am sick of hearing about Donald J. Trump. Still, I obsessively check the news to stay up to date as the post-election drama unfolds. When the final electoral tallies rolled in, I knew I could not stay uplifted without the support of my community. So I connected with my friend Zubin Shroff of Piedmont Yoga, and together we organized a workshop that was aptly titled, “Now is the time we have been practicing for!”

It was part of our Yoga in Action series. We wanted to discuss how a yoga practice can both help us heal in these trying times and serve as a platform for the inevitable fight for social justice that will attend a Trump presidency.

The question, of course, was“Just how can we do that?” How can our yoga practice aid in our work for social justice? One answer was provided by a recent, much discussed op-ed in the by Marisa Meltzer. She reminded us of the significance of maintaining self-care in the midst of the mayhem. Self-care, she says, is distinct from pampering in that pampering is luxuriant and self-indulgent. Like binge-watching Netflix, it makes us feel good, but benefits only ourselves. Self-care, by contrast, prepares us to care for others. In other words, caring for the self prepares for the movement. Quoting the inimitable Audre Lorde, Meltzer adds that “Caring for myself is not self-indulgence—it is self-preservation, and that is an act of political warfare.”1

That is one critical role that yoga can play. The meditation, breathwork, and asanas (or physical postures) can be self-soothing, and they serve to heal mind, body, and soul. And yet, there is another often overlooked function that yoga can play in justice movements: It can be the philosophical and spiritual foundation for social action.

It may be difficult to view yoga as a spiritual practice when the culture has become largely commodified, often narrowly focused on mastering physical postures. And yet, many of its foundational and philosophical texts, such as the , are intended to transform the human spirit—changing the ways in which we move through the world and how we interact with others.

Some people may be wary of the thought of highlighting the spiritual elements of the practice. Their discomfort with describing the in this way may stem from the fact that many people see “spiritual” and “religious” as the same thing. Some may have had bad experiences with religion in the past, and don’t want any religion in their yoga. But the term “spiritual” does not necessarily pertain to organized religion. It is defined primarily as “of, relating to, consisting of, or affecting the spirit.”2

We can (and should) reclaim the term “spiritual.” We can recognize that many of the foremost activists in movements for social change have been guided by a spiritual practice (e.g., leaders in the American Indian Movement and the Civil Rights Movement). And we can remind people that, similarly, yoga can be a tool for spiritual justice.

We can do this without defining what yoga will look like for every practitioner, or how an individual’s yoga practice should be justice-oriented. Telling others their social justice actions must play out are, to quote Audre Lorde again, just more of the “master’s tools.” Moreover, it is something that has been critiqued about organized religion. Instead, we can begin by studying the foundational texts and building our practice with their aims in mind.

If we are grounded in a yoga practice that is more about transforming the human spirit than the human body, yoga can truly be the engine for both personal and social transformation.

Sabrina Strings, Ph.D. is an Assistant Professor of Sociology at the University of California, Irvine.... Read more