SmartYoga: Practice in the Tech Age 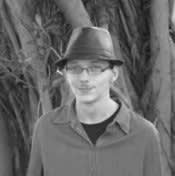 Yoga is an ancient discipline. In the twenty-first century, however, new technology is giving this age-old practice a modern spin, which has encouraged even more people to give it a try. A National Health Interview Survey (NHIS) showed a significant rise in yoga practice in the U.S.: In 2012, an astonishing 9.5% of Americans were actively practicing yoga (up from 6.1% in 2007). Technology may have played a role in this increase, having made yoga more accessible, and—with a click—put millions of practitioners from all over the world in touch.

Here’s how we got there. Included are also some ways you might consider using tech to improve your yoga game.

Game manufacturers realized quickly that gamers could benefit from exercise—and that it was natural to combine the two. One early tool that paved the way for modern, smart yoga tech was the Power Pad for the Nintendo Entertainment System (originally released by Bandai in the late ’80s). With this, you could play games like Athletic World, Running Stadium, Dance Aerobics, and Street Cop.

Fast-forward to the 2000s, when movement/technology mash-ups became more sophisticated. The Wii Fit (with yoga integrated into the program) saw a European launch in 2008 and can still be found online. The game was sold with accessories like the Wii Fit Yoga Mat and the Wii Board.

In 2013, Xbox Fitness for Xbox One was launched. Starting in 2015, you could use the Xbox Fitness to buy yourself a yoga-based workout (called Yo:30) for $29.99. (Note: Microsoft is no longer updating this service, and it will become entirely unavailable after June 2017.)

To the SmartMat and Beyond

Have you ever heard of the crowd-funded SmartMat? It was first introduced at the Consumer Electronics Show in 2015, and aimed to be the world’s first “intelligent” yoga mat that is meant to be connected to technology such as a smartphone. You can see it here on YouTube. This is how it works: SmartMat is calibrated to pick up weight distribution in the feet, guiding you (by voice and through the accompanying app) to the right yoga pose for your body. Oh, and it also comes with a smartphone/tablet holder that attaches to the mat, allowing you to see the app on your device while you practice.

Unfortunately, the SmartMat comes with some bad news: Pre-orders are sold out, and there’s no word online as to when you’ll be able to place your order. When might those who did pre-order receive their mats? Sometime in 2017, according to the product’s Indiegogo page. We’ll be watching for that.

This was another attempt to integrate technology and yoga. How would you feel about yoga pants that vibrate along with whatever you’re doing? (The fascination seems to have worn off quickly—when we last looked, the official website for Nadi Tights was offline.)

Apps for Your Smartphone

Thanks to the ever-evolving world of technology, the limited success of things like Nadi Tights doesn’t have to affect your progress with yoga. You can take your pick from thousands of interesting and helpful yoga apps for your smartphone.

Start off with the Yoga International app—available from both the App Store and Google Play. You can view the full archive of YI articles through the app, take part in interactive yoga workshops, get access to thousands of yoga classes presented by some of the world’s leading yoga teachers!

And here's three others that I recommend:

Integrating yoga with technology could end up creating an entirely new market of tech-savvy practitioners—y’know, internationally. And tech-savvy or not, having more yogis is a good thing!

So, how have you mixed yoga and tech? Do you consider your smartphone to be the next big yoga accessory, or do you prefer to do things the old fashioned way? Do let us know!

Alex J. Coyne is a freelance journalist and author with years of experience in the field of personal... Read more