Spoiler Alert: Are Your Pose Cues Giving Away the Ending? 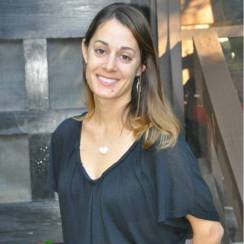 A couple of years into teaching yoga, I would not have suspected there to be a connection between my habit of giving movie spoilers and my overly wordy pose cues. But between the chagrin of my partner every time I let slip a rogue detail from a movie I wanted him to see, and the advice of one of my yoga mentors, I discovered that there was not only a connection, but one worth exploring.

Most people, at least when it comes to movies, don’t want someone else to reveal the ending. Or the beginning. Or what twists and turns may come in between. Thankfully, my partner chalks up my tendency toward spoilers to my wish to get him as excited as I am about the movie-going experience. However, he now interrupts me, gently, if he suspects I’m getting carried away in my endeavors.

Most people, at least when it comes to movies, don’t want someone else to reveal the ending. Or the beginning.

Granted, not all habits are inherently bad. I had never gotten any complaints from yoga students about my penchant, and I certainly wasn’t harming anyone. Likewise, when I revisited other classes I had frequented, I noticed that other yoga teachers were using prep cueing too. Obviously, it hadn’t stopped me from enjoying their classes—nor had it stopped them from being good teachers. Indeed, my yoga teacher’s reasoning for encouraging me to wean myself off the fillers was simply to help me use my words more effectively and be more concise.

But I suspected there was more to my habit than just wordiness. Once I started paying close attention to my language while I taught, I noticed the urge to use fillers in the quiet moments, pauses leading up to the end of each pose. I realized that the fillers were primarily for my benefit. They took up more of the silence. (Despite yoga’s teachings about the wonders of silence, it was still an uneasy place for me.) And the filler words bought me time. Time to remember my lesson plan, my ever-so-carefully crafted pose sequence that I was ever so attached to.

In turn, I realized that I had been assuming that the fillers were benefitting my students. I’d intended for them to act as disclaimers for those who wanted or needed to skip the next pose, and figured they gave everyone a fair heads up. After all, being spared the ending of a movie is one thing, but when it comes to our own lives, don’t we all want to know what’s coming next, on and off the mat?

Isak Dinesen’s heroine in Out of Africa, Karen Blixen, said, “The world was made round so that we would not see too far down the road.” For all of their benign purposes, I noticed that the fillers had notable consequences.

Once told where they were going, the students who were already familiar with the pose would naturally start moving into it before I could say, “Bend your right knee," or "reach your hands overhead." While this approach supports the adage, “This is your practice,” it sometimes made for a hurried and sloppy transition for some, with poor alignment once they arrived in the pose. Furthermore, in a mixed-level class, the preemptive cue that gets the practiced yogis moving ahead of the rest of the group can also distract a newcomer and coerce them into attempting to match another’s pace and form. Also, while I may not have been a drill sergeant yogi, the fillers belied my insecurity about using my words effectively. Inside me a voice whispered, But wouldn’t just telling them what to do be kind of mean? It’s not mean. It’s clear and direct, and it is possible to be both and still be kind.

By getting right to the cues, and announcing the name of a pose only after students are in it, I allow them, and myself, the experience of getting there.

The last and perhaps most significant downside to fillers was this: by giving away what was next before we actually got there, I was stealing from my students. There are a lot of yoga adages out there, but perhaps one of the most renown is the call to be present. By getting right to the cues, and announcing the name of a pose only after students are in it, I allow them, and myself, the experience of getting there.

My journey with filler words was less about deciding whether or not I should use them and more about taking another step in the direction of my own self-awareness and evolution as a yoga instructor. No cue is inherently good or bad; even the most painstaking syntax will give way to the interpretation and exceptionally private experience of each student. Of the positive things student have shared about my classes, most had nothing to do with cues and all to do with how I created and held a space for their discovery. In letting go of the ending, I let go a little of the things I’d planned for, so there could be a little more room for the things I hadn’t.

Yoga found Niki in Southwest Florida in 2009, thanks to a friend who brought her to the Happehatchee... Read more