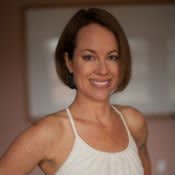 Now tell the truth: Can anyone other than a produce manager tell the difference between a yam and a sweet potato? The varieties found in grocery stores look suspiciously alike, and with good reason. No matter what the sign on the bin says, the “yams” you’re looking at aren’t the least bit related to the African, Caribbean, and South American staple.

Can anyone other than a produce manager tell the difference between a yam and a sweet potato?

The confusion dates back to the 17th century when African slaves first came to America. They noticed that the tapered, cone-shaped New World sweet potato resembled the njam, or yam, of their homeland, and began calling the new tuber by the old name. But, despite their similar shape, yams and sweet potatoes don’t have a whole lot in common. A real yam can weigh more than 100 pounds and grow seven feet long (although many are the size of sweet potatoes). It has a thick, starchy interior; a rough, bark-like skin; and a bland, earthy taste. High in fiber, potassium, and vitamin B6, this tropical foodstuff provides plenty of omega-3 fatty acids, which makes it an excellent choice for digestive and heart health. If you are lucky enough to find the real deal, celebrate by making fufu, a West African yam mash that sounds like it’s right out of a Dr. Seuss story.

Sweet potatoes also pack loads of nutrients, most notably vitamins A and C, iron, and calcium. Eating them reduces inflammation, stabilizes blood sugar, and delivers a healthy amount of protein and soluble fiber to the body. And, as you’ll see in the following recipes, sweet potatoes work equally well as part of the main meal or as dessert.

Dice 2 pounds of sweet potatoes, toss them with melted coconut oil, your favorite curry blend, and sea salt, and bake them at 350ºF for about 30 minutes, turning them halfway through, until the sweet potatoes are soft in the middle and have a crunchy, golden-brown exterior.

Bake 2 to 3 medium-size sweet potatoes until soft, scoop out the insides, and puree in a food processor until smooth. Thoroughly mix 1½ cups of sweet potato puree; ¾ cup of sugar, agave, or maple syrup; ¾ cup of milk; ¼ cup of yogurt; and a splash of vanilla extract in a large mixing bowl. In a separate bowl, combine 2 tablespoons of cornstarch, ¾ teaspoon of cinnamon, ¼ teaspoon of nutmeg, and a pinch of salt, and stir into the sweet potato mixture. Pour the filling into a handmade pie crust. Bake at 350ºF for 50 to 55 minutes. Serve with homemade cinnamon-laced whipped cream.

Cook about 4 pounds of peeled yams in 3 cups of water until soft. Strain them and puree with a tablespoon of butter, until smooth. Salt and pepper to taste. Let the mixture cool, and then roll the resulting “dough” into fufu balls. Traditionally, fufu is served with soup or any dish that has a sauce—tear off a piece and use it to scoop up a mouthful.

Alternative: Add cassava, plantains, or semolina to your yams for a delicious fufu variation.