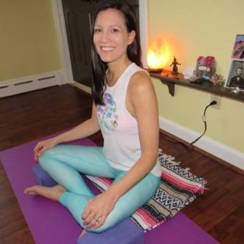 Marie Bushey recently began her 300-hour teacher training program at Frog Pond Yoga Centre in Princeton, Massachusetts, where she’s studying under lead teacher Diane Featherstone. “When I graduated from my 200-hour teacher training last year,” Bushey said, “it wasn’t an ending. It was a new beginning. It was like beginning a new life.” In between her training sessions, she’ll be heading to Alaska with her childhood best friends. Last year, she visited Greece. Bushey is 62 years old.

According to a recent survey by Yoga Alliance, the number of Americans practicing yoga rose from about 20 million in 2012 to over 36 million in 2016. Of those practitioners, 38 percent are over the age of 50. Beyond those basic facts, there’s little hard data available about the demographic makeup of American yoga teachers or the number of older students pursuing yoga teacher training.

In support of one of Yoga International’s core values of building more inclusivity in yoga, this article will highlight the unique experience of individuals who pursue yoga teacher training (YTT) later in life. What do we know about these students, their call to begin YTT, and the unique insights that maturity can offer the older YTT student?

For a better understanding, I spoke to three YTT directors. Anne Goewey is the director of Frog Pond’s 200-hour YTT program. She estimates that about 30 percent of students in the 200-hour program are over age 45.

Brahmi Gold-Bernstein runs Tri-Yoga Boston’s YTT programs. “We’re trending older,” she says, though students over 50 are still in the minority. Gold-Bernstein suspects that the therapeutic emphasis of her program may help to attract an older student population. “People who are looking for more healing and meditation are drawn to our program. There’s a greater focus on spiritual attainment rather than asana attainment.”

J Brown, yoga teacher, writer, and podcaster, is the founder of Abhyasa Yoga Center in Brooklyn, New York. Like Goewey and Gold-Bernstein, Brown notes that only about 10 percent of his current and prior YTT students are over 50, though he says a large number of students are in their thirties and forties. Brown feels as if his self-paced program, with its emphasis on what he calls an “old-school style of teaching” that involves significant student self-motivation, tends to draw more older students than most yoga teacher trainings.

The reasons for starting YTT vary. Some students have the express purpose of beginning a career teaching yoga. Others seek spiritual renewal. For many, their initial goals may shift during the YTT experience.

Bronwen Heuer, 65, and Rhona Engelman, 54, are both YTT students at Tri-Yoga Boston. Heuer, on the verge of retiring from her full-time career in higher education, began her training with the desire to share yoga with others. “I want it to be a significant part of my life,” she says. “I would like to teach a weekly class. I really want to be a traveling yogi and for yoga to be a part of my life and my friends’ lives.”

Engelman, an art therapist, envisions using her yoga training for one-on-one work with individual clients. But weaving YTT into her career is only a part of her desire to study yoga. “I was looking for a way to better hold myself through the aging process as a woman in this culture,” she says.

The desire to find support in the aging process and to explore spiritual teachings was also part of Marie Bushey’s call to begin YTT in 2015. While she acknowledges that a desire to teach was part of her decision to begin training, Bushey also wanted to learn more about yoga’s spiritual teachings. “I learned that yoga shifts your perspective to your spirit, the part of you that doesn’t age. In fact, it actually becomes brighter as you understand the existence of that inner light.”

Steven Molinari, 49, graduated from Liquid Bliss Yoga Studio’s 200-hour YTT in New Jersey in March of this year. His training was initially part of a larger transition to what he calls “the second half of life.” Molinari began practicing yoga as part of his fitness routine a few years ago. “I didn’t realize how much flexibility I’d lost until I got on the mat,” he says. Molinari now plans to use his yoga education to serve others. “I want to help men in their forties and fifties explore this practice.” He also aims to bring his teachings to prisons and at-risk youth. The emphasis on service is born of Molinari’s Catholic faith, which he found aligned well with the philosophy of yoga. “Service to others and honesty—the teachings we learned about in YTT are pretty much the same principles as my faith. My teacher training also became a spiritual journey.”

YTT directors as well as students were eager to discuss the many gifts that maturity can offer an older YTT student. Brown cites the advantages of bringing life experience and wisdom into a later experience with YTT. His statement is echoed by Engelman: “I have more patience with myself and with the training. I realize I can move at my own pace and do it in the way I need to at this stage in my life.”

Goewey, 56, Frog Pond’s 200-hour director, completed her 200-hour training in her forties and began her 300-hour training at age 50. She agrees that age and wisdom help to support the rigor and challenge of YTT. “I had experienced more in life that I could bring to the exploration of yoga. There was a lot more of me,” Goewey says. Recognizing that the study of yoga is transformative, Goewey feels that age and maturity prepare students to make the most of what are often dramatic changes. “I was ready to have my paradigms challenged. I wasn’t threatened by anything.”

Recent YTT graduate Molinari echoes Goewey’s points. “YTT is life-changing,” he says. “I think being older gives you an opportunity to fully appreciate how that happens.”

For those considering YTT later in life, it’s worth noting that all students interviewed for this article resoundingly encouraged others interested in studying yoga to move forward. Director Gold-Bernstein simply states, “It’s never too late. Wherever you are in life, you will find benefit in the training.”

Brown concurs. He also sees a larger need in the yoga community. “Even if my older YTT students aren’t initially interested in teaching, I keep encouraging them to try. I remind them that we need more older yoga teachers with life experience.”

Goewey looks upon the later-in-life pursuit of YTT from the dual perspectives of both an older student and a program director. “Studying and teaching yoga,” she says, “is the best thing that’s ever happened to me. I recommend it for anyone who feels it’s right for them.”

To those who have doubts about YTT because of their age, Goewey offers the following words of wisdom: “Remember that yoga is never about what it looks like on the outside. It’s always about what happens on the inside.”