Teachers Reflect on YogaWorks' Decision to Close Their Studios 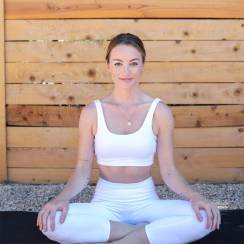 COVID-19 has brought onerous changes over the last nine months to yoga studios around the world. With many of the things that make studio classes unique—intimate group settings, emphasis on sweat, breath, and hands-on attention from instructors—now unsafe due to the pandemic, most studios have moved online, suspended classes, or shut down entirely.

In light of this situation, the well-known U.S.-based studio chain YogaWorks (which also operates under the name Yoga Tree in San Francisco), has decided to suspend all in-studio classes, end leases at their most-favored locations, and furlough nearly all their staff until social distancing restrictions are lifted and it is safe to practice and teach safely in person again.

This is, without question, a shock to the yoga world. But it is also somewhat expected as no studio, large or small, has been immune to the current challenges. Addressing the matter in a 1,400+ word email to its members, the studio said: “This pandemic has brought the yoga and fitness industry to its knees—a practice that thrives on community, togetherness, and, ultimately, revenue to survive.”

YogaWorks was founded in 1987 by teachers Maty Ezraty, Chuck Miller, and Alan Finger in Santa Monica, California, with the studio and community growing to more than 60 locations around the U.S. The YogaWorks school became well-known for combining different styles of yoga under one roof, while attracting many distinguished teachers, including Seane Corn, Kathryn Budig, and Annie Carpenter.

Though the studio’s dedicated students and teachers see the closures as an immense loss for the yoga community during these uncertain times, many are hopeful that YogaWorks will survive and thrive again post-pandemic—that for the moment it is simply doing what makes sense from a financial standpoint.

Joan Hyman, a distinguished fifteen-year YogaWorks senior teacher who trained with both Maty Ezraty and Annie Carpenter, shares her own sentiments about the closure, as well as her hope for the future: “Yogaworks has a strong legacy rooted in tradition, and I was very surprised when I heard the physical studios were letting their leases go. Their online platform and virtual teacher training continue to remain strong, and I do believe once restrictions are lifted they will hopefully be able to salvage some of their bigger studios or open space somewhere new.”

Another YogaWorks senior teacher, Sarah Ezrin, shares her own sentiments about the recent changes, which she views as a necessary adaptation:

“The world of yoga may never be the same post-COVID, and YogaWorks made a smart and necessary pivot to keep the company alive. As a company, digital platform, and community, YogaWorks is not going anywhere. They are simply adapting and there is a lot that remains to be seen on the other side of this.”

Echoing Hyman’s thoughts, Ezrin also adds that although YogaWorks has had to shut down in-person classes for the time being (including their very first studio, YogaWorks Montana),“There is a lot of hope that on the other side they will either get those spaces back or rebuild new ones.”

“I don’t think they’ll own national studios again. I just can’t imagine how they’ll bounce back to what it once was. But I think their online presence will become strong with more teachers growing used to teaching virtually. We may come back into a physical space to practice at some point, but I think it will never just exclusively be the space. It will now always be a combination of physical and Zoom.”

As for what’s next, yoga studios everywhere are reimagining ways to operate and how to continue forward for the sake of the practice, which includes options to practice high-quality, authentic yoga online, conveniently from home.

Hyman says: “I do believe [Yogaworks’] online platform will continue to stay even when studios open back up and restrictions are lifted. Many of us have now gotten into a routine of practicing and teaching online. I plan on continuing with my personal online platform.” She adds: “I do miss the physical community and energy of group classes, but there is also something nice about being able to access the practice in my own space and to take a little longer to meditate and relax after class ends.”

The pandemic has surely brought uncomfortable changes into our lives and our practice. But it has also brought opportunities for growth, along with new ways to build communities and to experience yoga at a time when we all need yoga more than ever.

As studios continue to adapt to the changes, we can take heart in the fact that our practice isn’t going anywhere, and neither is our community. It is simply changing face.