The Case for Embracing More Silent Moments in Yoga Classes 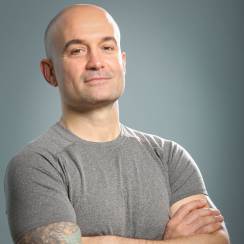 In today’s overstimulated world, it is rare for a person to truly experience silence. In fact, many people do not experience any silence from the time they wake up to the time they lie down to sleep. There is always something pulling at their sense of hearing: an alarm clock, the morning news, music, traffic, conversations at work, television, and an infinite number of gadgets that are supposed to make life easier and less stressful.

This lack of silence has also made its way into most yoga classes, which have traditionally been places for inward reflection and contemplation. Many people are attracted to yoga because they have been told it can help activate the parasympathetic nervous system and get them out of fight or flight mode.

According to Harvard Business Review, recent studies reveal that taking time for silence can restore the nervous system, help sustain energy, and condition our minds to be more adaptive and responsive to the complex environments in which so many of us now live and work.

In one study conducted at the University of Pavia in Italy, researchers found that two minutes of silence inserted between musical pieces was more stabilizing to cardiovascular and respiratory systems than the music itself, which was categorized as “relaxing.” With so many people suffering from stress-related diseases, silence may be more important than ever.

In actuality, silence has become so foreign to some people that it can make them feel uncomfortable and anxious. How does it feel when you’re in an elevator and people aren’t talking to each other and there’s no background music? How does it feel when you arrive early for a yoga class and there’s no music playing or people chatting before the teacher arrives? Most teachers or studio managers are quick to put on a little background music to avoid any awkwardness that some students may feel when sitting in silence.

While yoga class might be the best time for a little silence, even there it has become an anomaly. It has become customary for classes to have a playlist or at least some kind of music in addition to constant instruction from the teacher. Since this has become the norm for most students, they likely feel comfortable knowing that the teacher is “meeting them where they are at,” but unfortunately this may also be keeping them from going deeper into their practice.

One of the core teachings of traditional yoga and the fifth limb of Patanjali’s raja yoga, pratyahara, has seemingly become yoga’s “forgotten limb.” Pratyahara, the practice of drawing the senses inward, is the link between the external and internal practices of yoga. One of the oldest texts in the yoga tradition, the Katha Upanishad even defines yoga as a firm restraint of the senses:

When the five senses, along with the mind, remain still and the intellect is not active, that is known as the highest state. They consider yoga to be firm restraint of the senses. Then one becomes undistracted, for yoga is the arising and the passing away. —Katha Upanishad 6.10-11

The Bhagavad Gita offers an analogy from the natural world to elucidate the practice:

Just as the tortoise withdraws its limbs, so when a man withdraws his senses from the sense objects, his wisdom becomes steady. (2:58)

Sometimes just one minute away from external distractions produces space and clarity.

You have probably experienced some of the benefits of pratyahara in everyday life. Consider the last time you became overwhelmed with too many responsibilities vying for your attention at work. Chances are you had the urge to find a quiet spot (bathroom stalls usually do the trick), close your eyes, and luxuriate in a few deep breaths to allow you to regroup. Sometimes just one minute away from external distractions produces space and clarity.

You’ll find that most traditional yogic texts make a point of emphasizing the importance of pratyahara. Why then has the teaching largely disappeared from yoga classes?

Of course, in a group yoga class (as well as online classes) students need to use their senses at least a little. You have to be able to see the teacher demonstrate, hear the verbal instructions, and feel hands-on adjustments. So where and how does pratyahara fit into yoga today? How do we begin to incorporate silence into our classes or practice? The answer is: A little at a time.

Let’s look at another paradox in yoga as an example of how we can do this. Patanjali’s definition of yoga is very much about stillness, but in most popular yoga classes, there’s quite a bit of movement. While this may seem contradictory, movement can actually be very helpful. Most people spend hours sitting at desks, in cars, and on the couch with poor posture and it can create tension and discomfort in the body. The combination of mindful movement, such as taking joints through a range of motion or moving through a series of poses “vinyasa style” with moments of stillness appropriately sprinkled in, has proved to be beneficial in making those moments of stillness (with good posture) seem quite effortless and enjoyable.

The same can be said of moments of silence interspersed at appropriate times. Of course, it’s usually necessary for a teacher to give a few verbal instructions once students are in a pose (I try to stop at three short, concise cues), but following the setup with a few moments of silence so they can really connect to what’s going on inside—in their breath and body—allows students to experience the shape while quieting their minds. Those moments of stillness can be the sweet spots where the yoga happens.

The best poses for finding silence in stillness are the basic “active resting poses” (which I actually refer to as “hub” poses). A few of my favorites are downward facing dog, crocodile pose (the passive one where you are just lying on your belly, head resting on the hands), thunderbolt, and hero pose.

It’s the teacher’s job to share the knowledge they have gathered from their own teacher(s) and then guide the students on their journey so as to help them avoid pitfalls that they may have themselves experienced. At some point, though, the teacher has to step back so the students can allow the guidance of their own inner teacher to arise. Without silence, it can be much more difficult to hear that voice within.

Guidance, or an inner voice, isn’t necessarily the same as someone literally speaking to you. It can come through as very subtle feelings, thoughts, or even memories that may give you answers to problems or inspiration to carry on.

Talking About Silence With Your Students…Briefly!

Since many students are very accustomed to constant external sound of some kind, it may be in everyone’s best interest (students and teacher) for the teacher to take a moment at the beginning of class to explain the importance of moments of silence.

It’s no different from explaining the benefits of twists at the start of a twisting-focused class. In fact, it may actually be more important since they will not literally be feeling anything. And, rather than telling students what to feel, hear, or experience, the teacher is setting the stage for something to happen on a deeper level and preparing students for what is perhaps unfamiliar.

Sharing wisdom from highly respected teachers can also be helpful. One of the preeminent spiritual figures of modern-day times, Paramahansa Yogananda, may have said it best: “Through the portals of silence, the healing sun of wisdom and peace will shine upon you.”

Silence Is Just the Beginning

The only thing constant is change, and yoga is not immune. It has changed drastically throughout the thousands of years it has been practiced. One constant, though, and one that will hopefully remain constant for future generations of yogis, is taking time to draw the senses inward, giving the practitioner a chance to experience the essence of their true nature—the part of themselves that is more subtle than their body and even beyond their mind.

Spending a little time in silence during your practice, however, is just the start. The real work begins when the mind has no external stimulus for longer periods of time. It then begins to identify with what comes next: thoughts, emotions, memories, and all the fluctuations of the mind that Patanjali speaks about in the sutras. When that happens, just know that you are entering the next stage of your journey, another chance to go deeper.

Jim Bennitt—a former wrestler, massage therapist, and clerk at the Chicago Board of Trade—began his studies... Read more