The Difference Between Caution and Fear 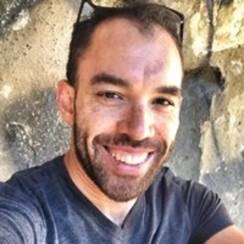 In the Yoga Sutra of Patanjali (sutra 2.9), fear is referred to as abhinivesha, a trait that is understood to mean the fear of death, which is inherent in all beings. It is fear that our bodies will end and all we’ve worked for will be left behind. From the smallest insect to the wisest guru, fear will always be present. This concept drives our daily impulses, from what we eat to whether or not we’re going to go out in the rain, and often dictates where our lives will and will not take us.

In his commentary on sutra 2.9 in The Secret of the Yoga Sutra, Pandit Rajmani Tigunait explains that “The goal of yoga is to attain freedom from the seemingly incurable affliction of the fear of death.” (Tigunait, 2013). This idea of “freedom” is an ideal statement, and not necessarily an objective that a practitioner can achieve in a single lifetime. Instead of attempting a life void of fear, Pandit Tigunait is asking us to work toward understanding our fears so that we are no longer controlled by them.

Fear is a natural occurrence and it would be unhealthy for us to abandon it completely. For most of my life as a yoga practitioner, I have studied fear and ways to overcome it. For me, fear shows up most in my creative process, often blocking me from exploring certain ideas or themes in my writing. This blockage has left some of my work arguably weaker and less relatable. I’ve seen that, as I work through my fears, my work gets better.

Fear is a natural occurrence and it would be unhealthy for us to abandon it completely.

Though working through some fears is important, one idea that has rung true for me at every step of my journey is the idea that some fear is necessary, so long as it is understood in a way that we are not so reactively controlled by it. I’ve come to refer to this version of fear as “caution.” Caution means allowing fear to be present because we understand the inherent necessity for bodily or psychological survival. For example, we know not to step into oncoming traffic because we understand the consequences of the action. This allows us to stay in our bodies a little longer, so that we may attempt to fulfill our individual purposes (dharma). Caution can also inform us that an association with a certain person may cause undue psychological pain. If someone is known to be negative and volatile, it may be in our best interest to steer clear of him or her. In both examples, the objective is to maintain a healthy homeostasis in which we can continue our work and continue to thrive.

We need our basic survival fears for the sake of human and spiritual evolution, lest we live short, reckless lives. This is why the idea of pure fearlessness (a life completely void of fear) is not ideal. Author Elizabeth Gilbert comments on the idea of pure fearlessness in her book Big Magic: Creative Living Beyond Fear, stating, “The only truly fearless people I’ve ever met were straight-up sociopaths and a few exceptionally reckless three-year-olds—and those aren’t good role models for anyone.” (Gilbert, 2015, p. 22).

Fear in the classical negative sense derives from misunderstanding or ignorance. For example, fear of the dark isn’t so much fear of darkness as it is fear of not knowing what is in it. When we don’t know what exactly it is that we’re afraid of, we tend to leave our minds to create the worst possible scenario. Seeking to understand how our minds work (and why we’re afraid) can allow us to live from more of a fearless state. "Fearless" in this context is referring to the quality of mind that we take when we are presented with fear.

Often the reaction to fear weighs more heavily than the consequence of that fear.

Why is it so important to make this distinction between caution and fear? It is so that we know when it is time to do our self-work and to address life’s challenges from a parasympathetic (calm) state versus our fight-flight-freeze response. Fear, when unchecked, often triggers the sympathetic nervous system, sending us into a defensive state that is not ideal when needing to objectively view life’s circumstances. Often the reaction to fear weighs more heavily than the consequence of that fear. In essence, fear is making what we’re afraid of more scary. This objectivity and quest for understanding is the work toward freedom that Pandit Tigunait refers to in his commentary: to live beyond the constraints fear places upon us and to move forward with courage.

Jerry Givens is a writer and yoga teacher living the San Francisco Bay Area. He has studied primarily... Read more