To B or Not to B? The Pros and Cons of a Common Sun Salute 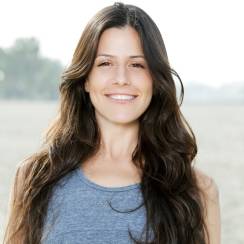 Do we need to do surya namaskar (sun salutation) B to have a complete practice? Many of you reading this will say, “Of course not,” but when I was an avid ashtangi who relied on the prescribed five rounds of it in every practice, I used to feel unsatisfied when a teacher did not include any or “enough” surya namaskar B’s in class. Afterward I would sometimes go home and do a few rounds just to get my fill!

However, as I traveled more and tasted different styles of yoga, I realized that many yogis do not do this fiery sun salute variation. Then, as my personal practice began to change with age and injury, suddenly this sequence that I once felt was so critical to my daily practice became less so, which got me interested in the history, power, and potential risks of this movement practice.

What Is surya namaskar B?

A traditional surya namaskar B comprises 17 breaths that are each linked to a specific movement: 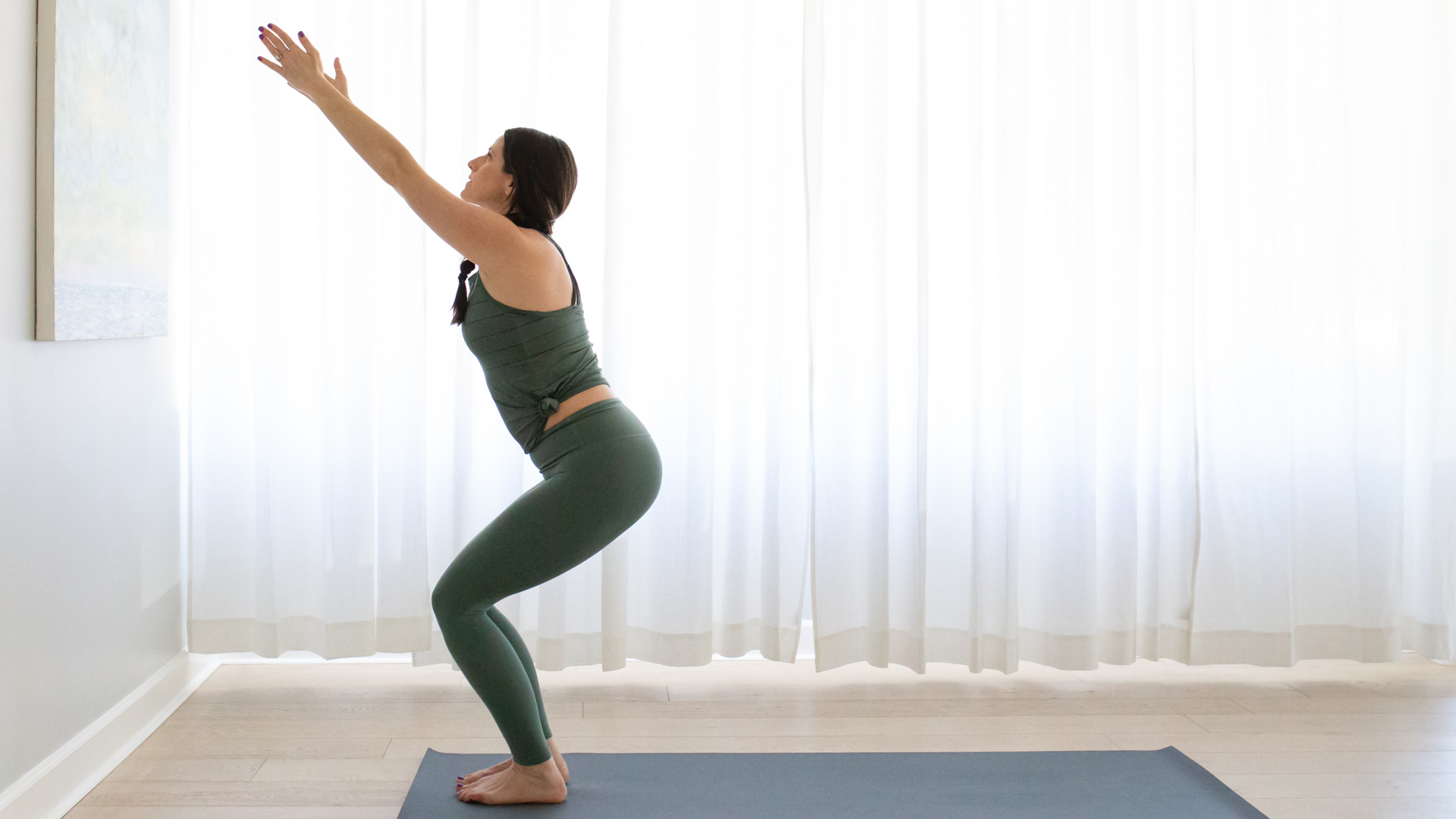 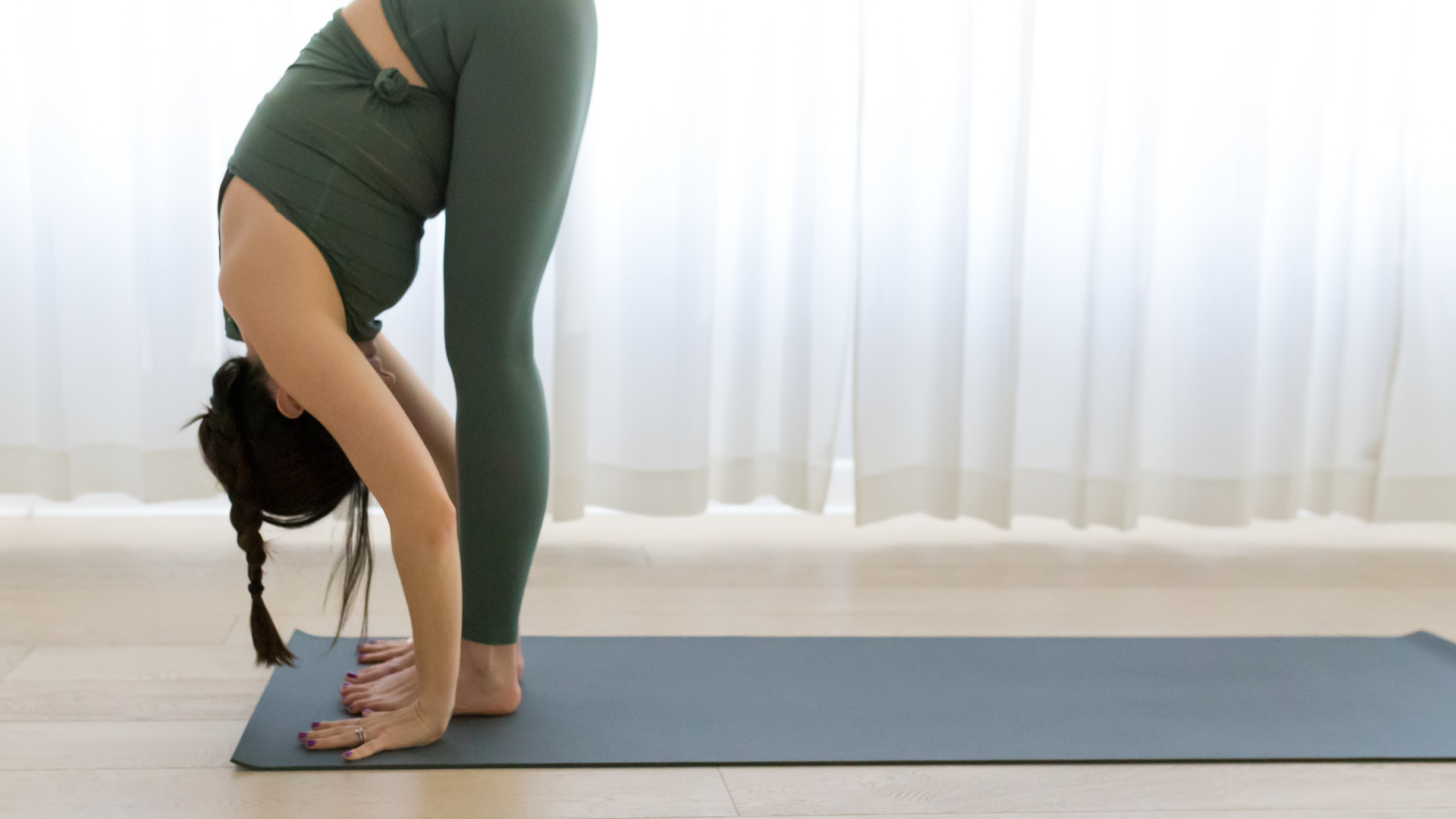 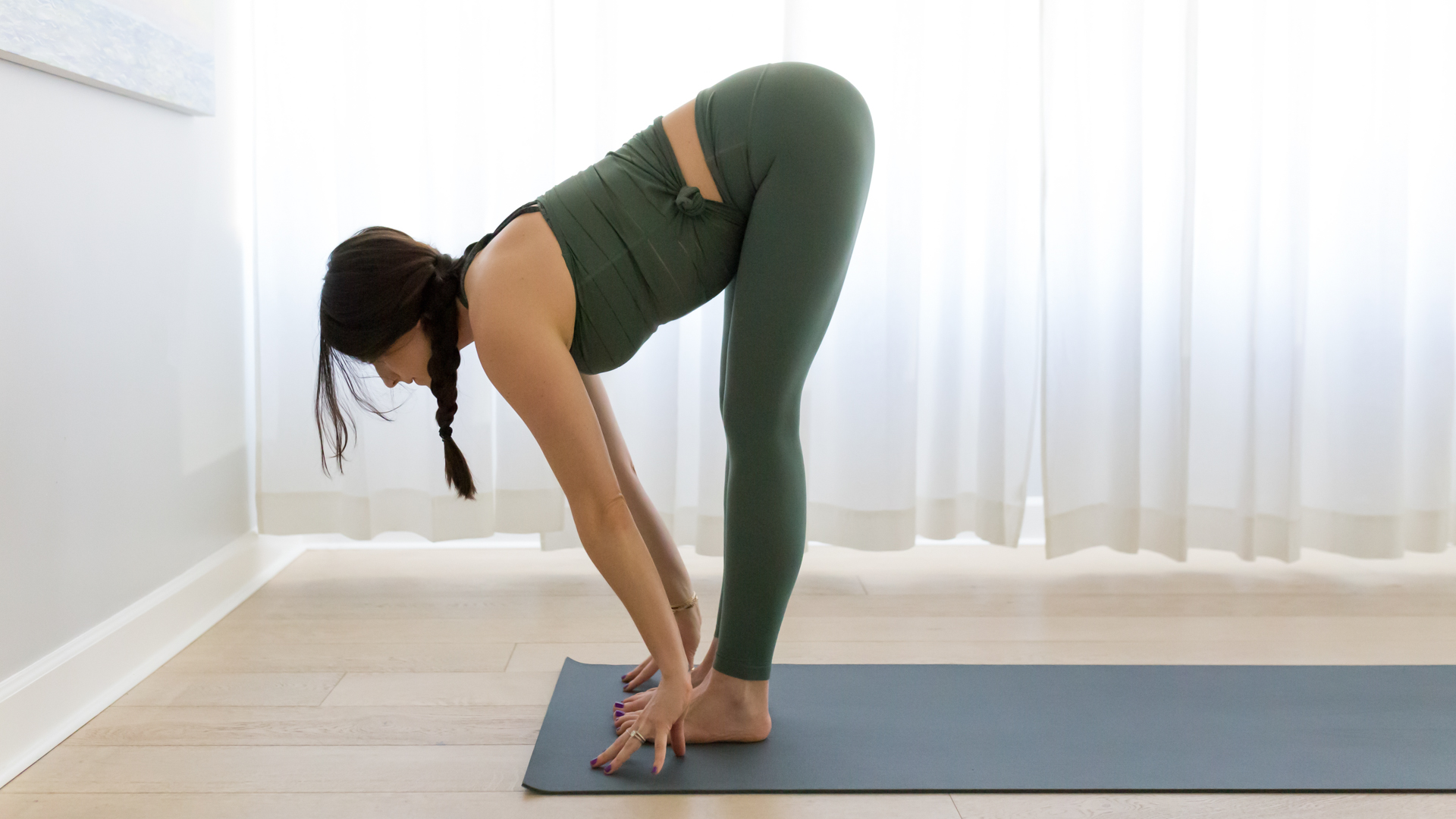 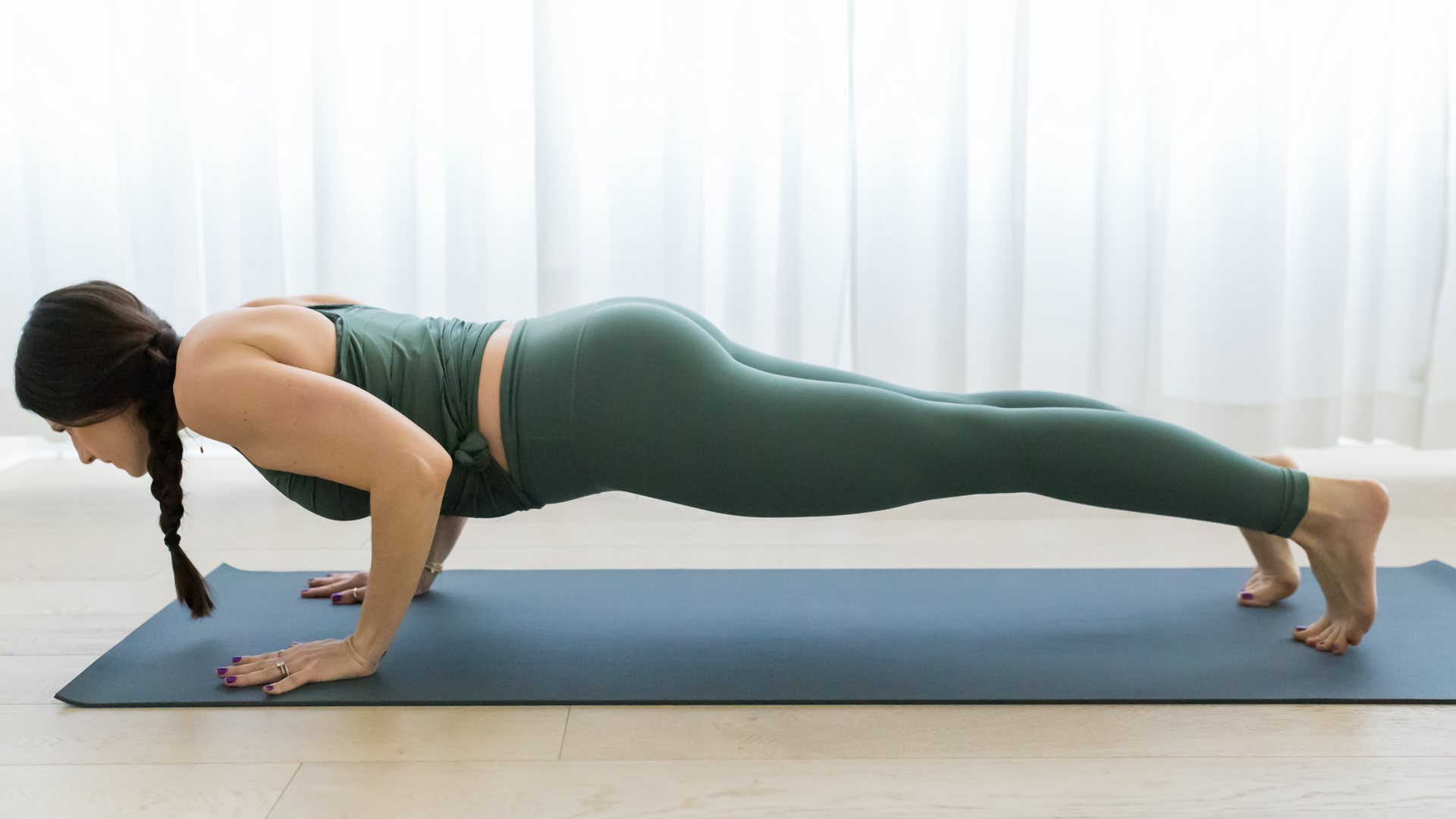 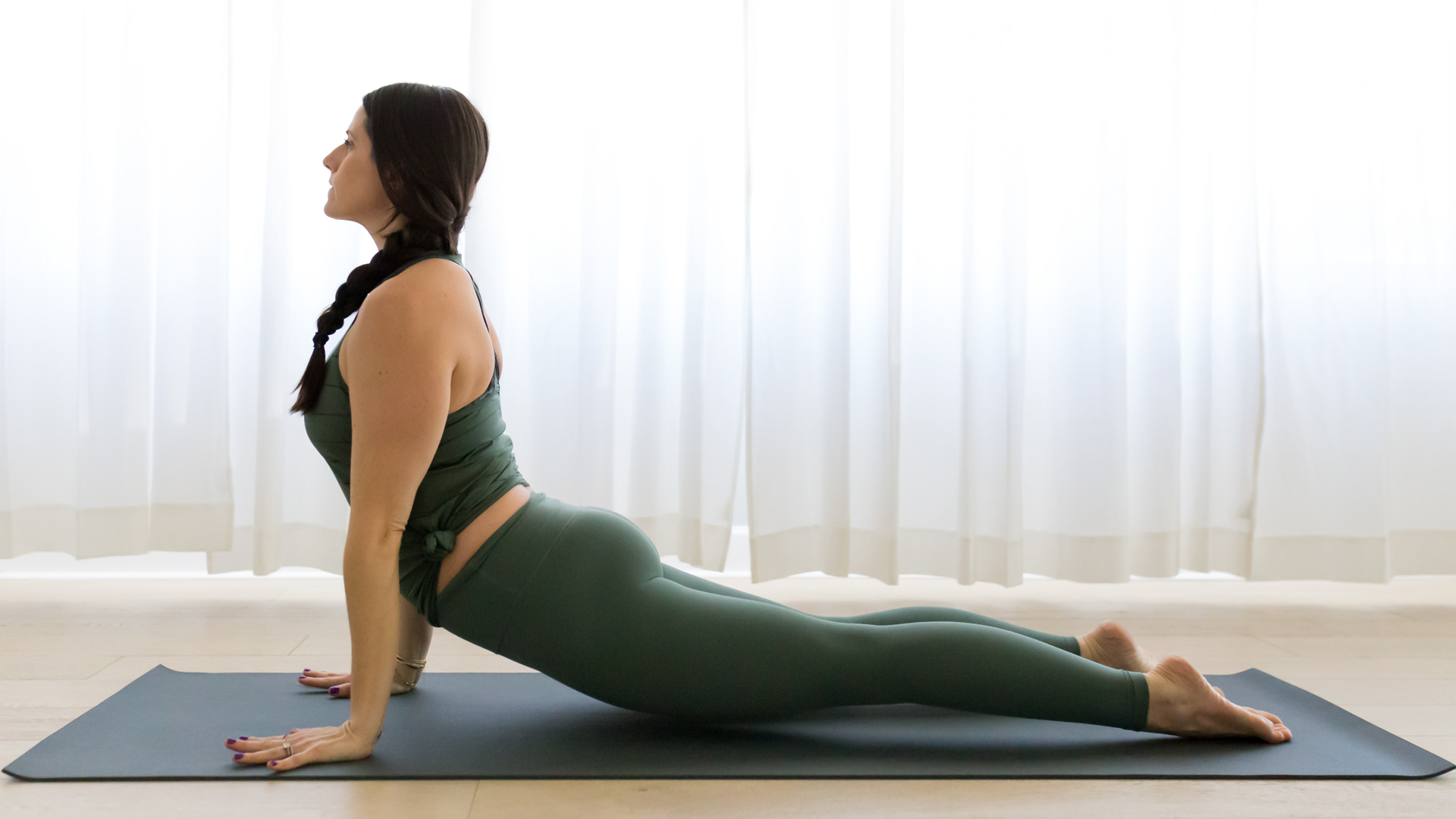 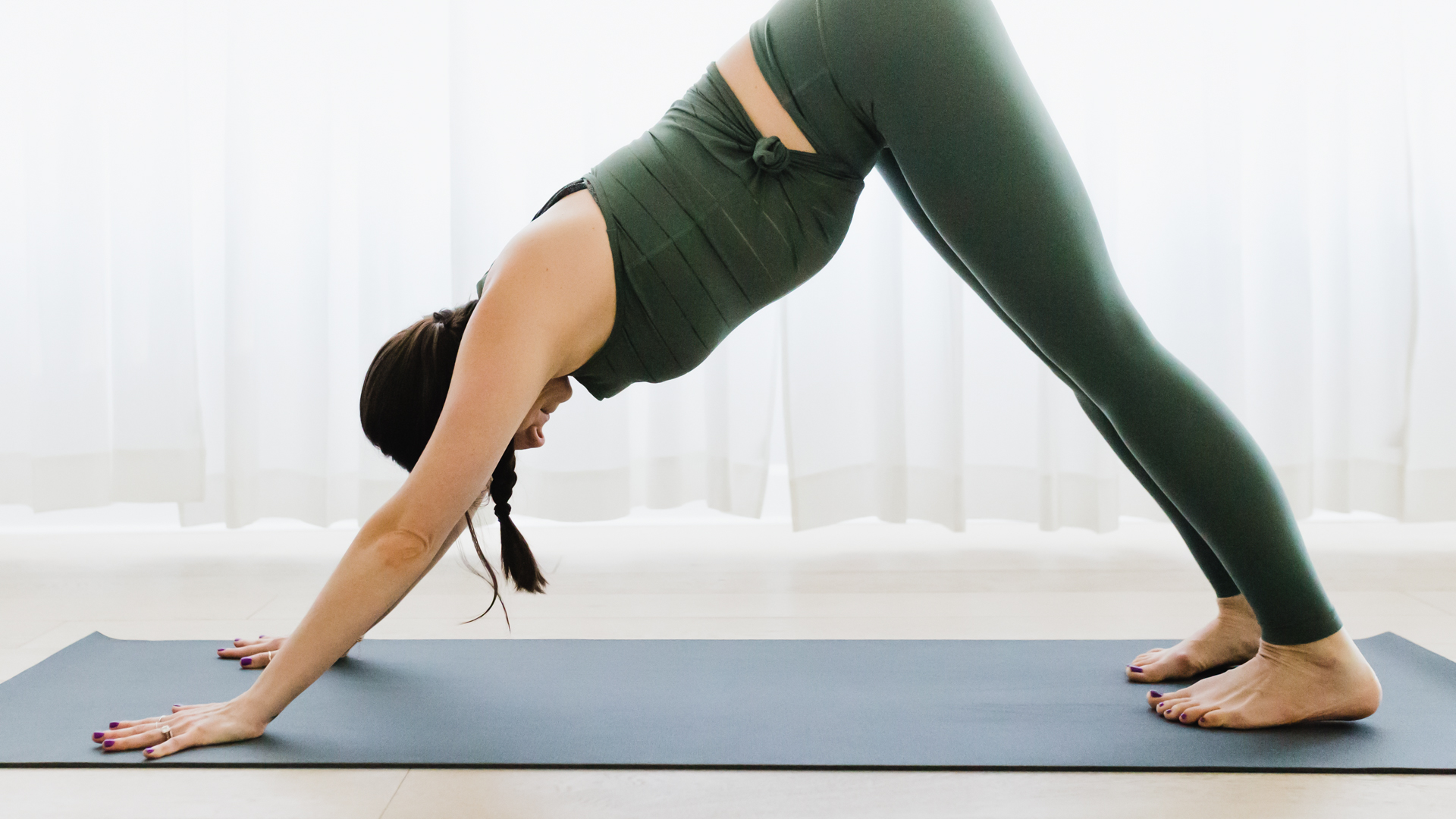 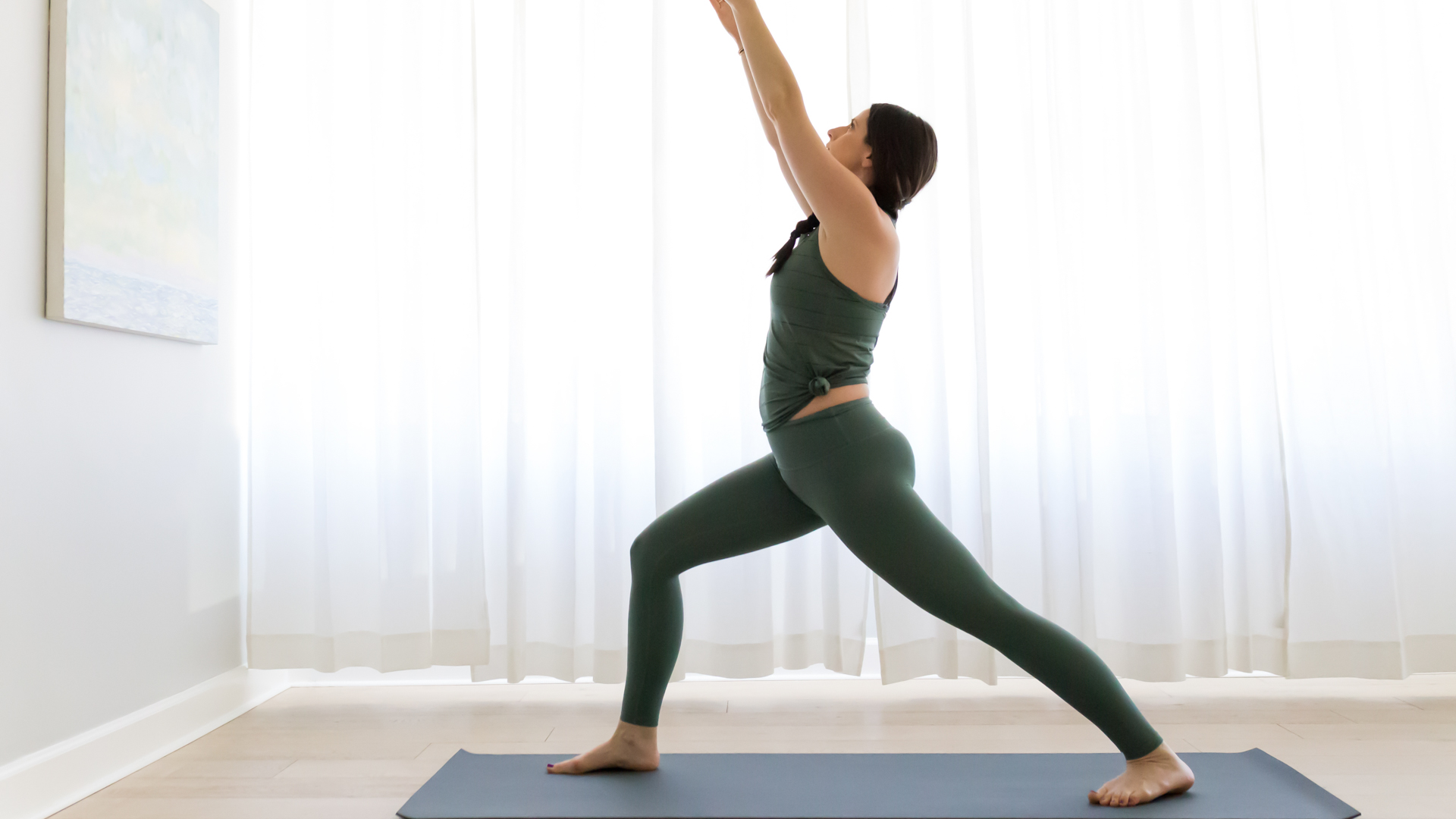 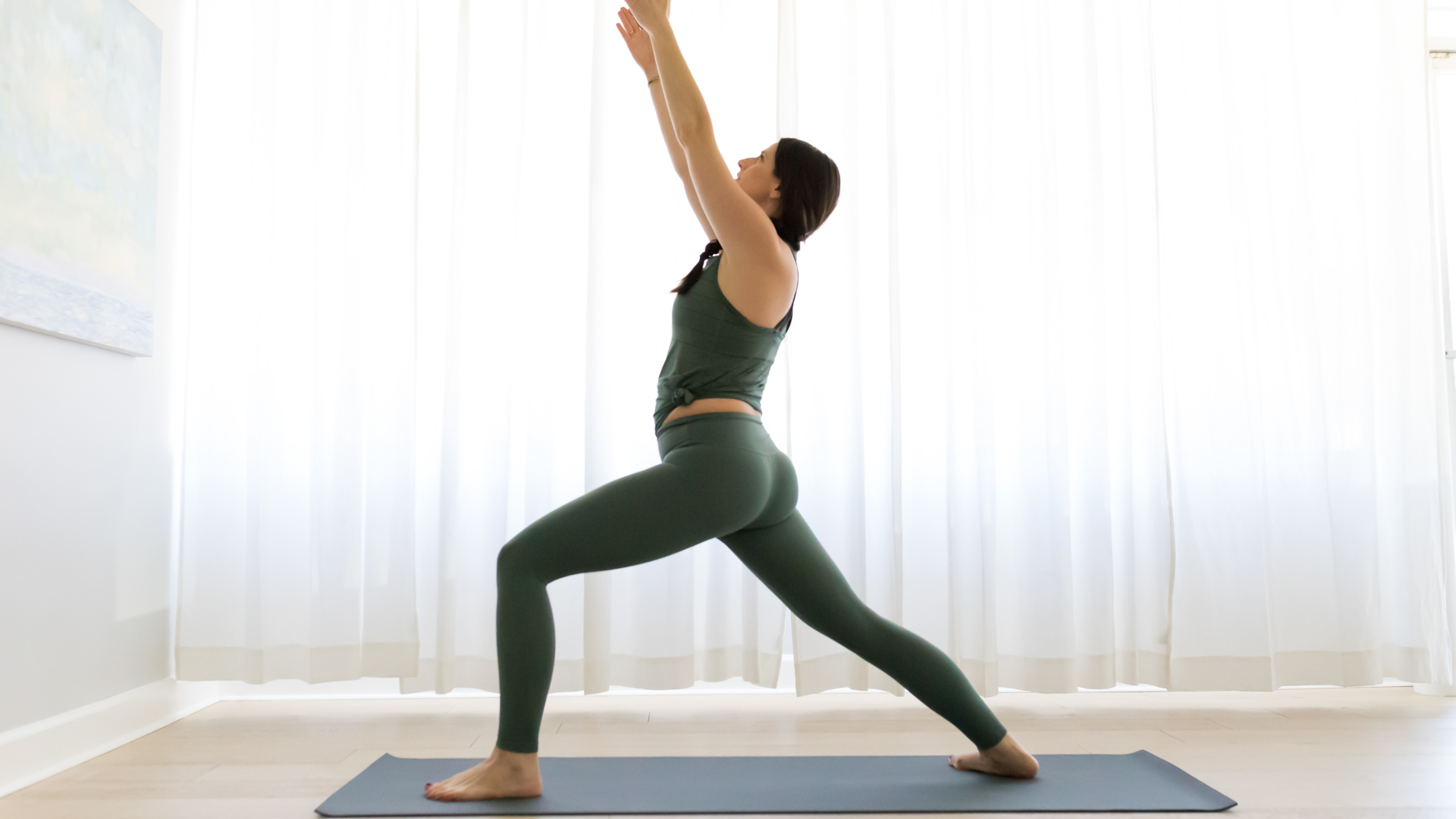 Origins and Differing Points of View

There is a lot of disagreement over the exact origin of the surya namaskar series. Surya means “sun” and namaskara “to bow.” Humans have seemingly been saluting the sun since the beginning of time, and the Vedas, the original texts of yoga, which date to around 1500 B.C.E., contain the first written evidence of yogis physically bowing to this powerful source of life and growth.

In fact, in Deeper Dimension of Yoga: Theory and Practice, yoga historian Georg Feurstein explains that for the rishis, the seers to whom the Vedas were revealed, “Their yoga was entirely a solar yoga, with the sun being the focus of their spiritual aspirations.” Another seminal piece of early yogic literature, the Bhagavad Gita, describes the sun as the first teacher of yoga, as it selflessly works to give life.

But are sun salutations themselves actually an ancient practice or were they created by modern yogis, combining spiritual tradition with more contemporary physical movement?

We might love to think that every pose in our asana arsenal originated 3,500 years ago, but some modern researchers disagree. Yoga Body, a somewhat controversial 2010 book by Mark Singleton, purports that what we know as the nine-posture sequence of surya namaskar A and the 17 poses of surya namaskar B are in fact mash-ups of gymnastics and asana practices taught by Tirumalai Krishnamacharya (1888-1989), who was often referred to as “the father of modern yoga.”

Krishnamacharya held that he discovered the surya namaskar sequences in an extinct text known as the Yoga Korunta. This invited skepticism because of the claim that the text appeared on ant-eaten palm leaves and evaporated as soon as Krishnamacharya studied them. The timing was also questionable.

In the early twentieth century, Indian culture was heavily influenced by German gymnastics and specifically by a man named Eugene Sandow. Sandow traveled throughout India doing “strongman” performances, and people were fascinated and inspired by his strength. Gymnast warm-ups include burpees, whose jump backs into half push-up mirror what yogis know as chaturanga.

The raja of Arundh (1868-1951), now Pune, was such a huge fan of the surya namaskar series that he actually made the sequence mandatory in schools. Many believed that he was influenced by Sandow.

Christopher Tompkins, a scholar of Indian yoga and Tantric Shaivism, has found historical evidence that the surya namaskars were indeed originally more than just a physical practice. Tompkins has studied Sanskrit for nearly 20 years, which has given him access to texts that some modern historians have doubted existed, including a set of texts known as the Tantras. Originating around 350 B.C.E. and spanning almost 1,000 years, a number of the Tantras mention surya namaskar, including a 16-pose series, which is a close relative of what we modern yogis know as surya namaskar B.

Tomkins found that, rather than just listing the physical asanas and benefits, the namaskara sequences were a blend of “mantra, asana, pranayama, and mudra.” They were a daily ritual that people practiced, what is called a pranam (ritual offering).

Tompkins emphasizes the ritual purpose of namaskara in his research and points out that even Krishnamacharya, in his 1934 book, The Yoga Makarada, “specifically pleaded with the people of India…to not let the West adulterate this precious time-honored yoga by blending it with gymnastics and wrestling.”

To B: The Benefits

Just as our yogic predecessors used them, sun salutations can be understood and practiced as a moving prayer. They are a memorized sequence, which brings in an element of ritual and allows students to move without overthinking. If a flow is always changing, students may be on their toes waiting for the next variation or cue, or it may be harder to drop into the movements as wholeheartedly. When we practice something daily it becomes a part of us and we are better able to let ourselves be moved.

Physically, sun salutations both strengthen and warm the body. From an energetic perspective, many yogis believe that they create “fire” energy, channeling the sun.

Joan Hyman is a colleague of mine and an internationally recognized yoga teacher and teacher trainer who has been devotedly practicing yoga for nearly 20 years. She does both surya namaskar A and B every day. Hyman explains that she needs “a lot of heat to go into [Ashtanga] second series with the deep backbends that lie ahead, and surya namaskar B is what warms [her] up and creates the mind-body connection that encourages deep focus.” The heat generated from the flow comes from movement, but also from the specific breath paired with the flow, ujjayi pranayama (victorious breath), which is considered warming.

As noted earlier, each pose is assigned an inhale or exhale, and practitioners work to lengthen those breaths over the course of the movement. In the traditional B series, the practitioner does not lift their leg from downward dog to step to warrior I, but rather exhales mightily from downward dog, stepping one foot forward to set up the pose. (Teachers often add this leg lift to give students an additional breath in the transition.)

The cardiovascular benefits of surya namaskar can also make the sequence an exercise of both body and breath. “It’s a practice of stamina [...] when you do it daily, you build strength in your heart and cardiovascular system,” Hyman explains. “And it teaches the breath to become more efficient so you can find steadiness and ease in the rest of your practice and anything else in life that challenges the breath.”

Surya B also has the added benefit of warrior I, which stretches the hip flexors of the back leg. The 90-degree bend of the front knee and work required to steer the pelvis forward engages the outer hip of the front leg. Finally, the lifted arms and expressive torso help open the shoulders, expand the lungs, and stretch the abdominals.

You might say that surya B benefits the whole body.

Not to B: The Detractors

One person’s trash is another person’s treasure, and some of the arguments against doing a traditional surya namaskar B are exactly why other people love them. The repetitive nature of sun salutations can put practitioners at risk of injury and the ritualistic element can feel prohibitive for some yogis.

Michelle Bouvier, a San Francisco-based yoga teacher and movement educator, studied Ashtanga vinyasa yoga for seven of her 25 years of practice and now teaches an approach called Prana Vinyasa, as developed by Shiva Rea. Bouvier says that she now needs “different patterns of movement in [her] embodiment practice,” warning that “anything repetitive can set up rigid patterning, as our bodies adapt to what we ask of them.”

Moving from pose to counterpose is sometimes compared to bending a credit card back and forth. Although the human body is more complex than a credit card, our joints still have their limits and repetitive motion of any kind can lead to overuse and wear and tear. Especially when you’re tired, attention to alignment decreases and old habits may arise.

Warrior I in particular is a challenging pose. If the hip flexors are tight, it can be particularly taxing on the back knee and lower back. If the shoulders are tight, the neck can become constricted. If a person has tight ankles or feet, it can be challenging to anchor the back pivoted foot. And because the pose is not held, people are less likely to take the time to align well.

As mentioned above, because of their dynamic nature, surya A and B risk being performed quickly, which can increase the potential for injury. Jeanne Heileman, the founder of Tantra Flow Yoga, recommends “preparing for surya namaskar B with some lunge work or a variation with crescent pose and then go into the full series of postures.”

Bouvier also suggests trying other flows and shares that “In Prana Vinyasa, there is a collection of many namaskaras to choose from, including variations of A and B, which take different approaches to breath and movement, as well as unique namaskaras that may not even contain warrior or chaturanga.”

Hyman agrees that surya namaskar B is an advanced practice and explains that despite personally doing the sequence daily, she does not teach surya namaskar B in certain markets, as it “can be overwhelming if you are not used to it. It moves the body up and down, encourages jumping and stronger postures like warrior I and chaturanga. This can be challenging to some students, especially if they are not connected with their breath.”

Students tend to rush when they run out of breath. To do the full surya namaskar B series takes serious lung power, and unless people are doing the series daily, it is easy to get winded. Therefore, it helps to modify the breath around the most challenging parts of the B’s–warrior I and chaturanga.

For example, lifting the leg before virabhadrasana I offers practitioners an entire exhale to set the feet up. Additionally, inhaling in plank first sets up a well-aligned chaturanga. Another option is to allow extra breaths in every pose, moving the body more slowly. And Heileman reminds us that surya namaskar B, “is not the only way to warm up the body.” For example, supine core work or long holds in standing poses are other options.

The beauty of yoga is that it is a personal and empowering experience. Our lives are made up of a series of choices and we make the practice our own by choosing the options that work best for our body on a given day and at a given time. In fact, the word vinyasa translates as “place in a special way.” Therefore, whether you partake of surya namaskar B or not does not determine the legitimacy of your practice. The vinyasa is in the wise choices. So perhaps the question is not whether “To Surya B or not?” but “Is this a surya B day or not?”