War and Peace of Mind 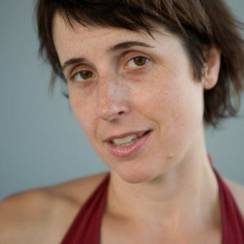 The U.S. Military’s ideas of fitness are changing, and in some surprising ways. In December 2009, the Department of Defense brought together over 70 experts to explore the possibility of a holistic approach to health that includes physical, psychological, and spiritual health. The results, published in the August 2010 edition of Military Medicine, outlined the radical new concept of “Total Force Fitness”—eight interconnected concepts for health, half of which focus on mind-body, spirit, community, and psychological wellness.

Ideas about holistic health are more often heard in yoga studios than in war rooms. But with thousands of service members coming home with symptoms of post traumatic stress disorder (PTSD), brain injuries, chronic pain, and sleep disorders—and many thousands more expected as wars in Iraq and Afghanistan wind down—the military is looking for a broader range of effective long-term treatments. As Richard Miller, PhD, clinical psychologist and creator of the iRest Yoga Nidra program for sufferers of PTSD says, “The military is asking the question, with real innocence, ‘What does work?’ Acupuncture, guided imagery, yoga nidra—the military is in the mood that if you can prove it works, they will do it. The openness is there.”

Total Force Fitness will be launched at the third annual Warrior Resilience Conference in February, introducing top military leaders to this model of holistic wellness. The conference includes experiential sessions on nutrition, integrative yoga practices, and mind-body techniques for resilience. “If we are to protect the freedom of our nation,” says Admiral Michael Mullen, former head of the Joint Chiefs of Staff, who requisitioned the report, “we must move beyond simply having a sound body to a holistic view of health and fitness that includes both mind and body. Such a shift is essential, perhaps even for our very survival.”

“What we get out of this training will take us to the next level of being warriors.”

The Defense Centers of Excellence for Psychological Health and Traumatic Brain Injury (DCoE), which is sponsoring the conference, is also in the process of creating a social networking site to encourage soldiers, their families, health care practitioners, counselors, and chaplains to share information on existing mind-body programs and research across the military. “We want to give people as many resources as we can,” says Mark Bates, PhD, director of Resilience and Prevention at the DCoE. “We don’t think the answer is pills and quick fixes, but ways to enhance overall health, and being connected with what’s important to a full and meaningful life.”

While most mind-body and yoga-related research to date has focused on helping service members returning from combat, Total Force Fitness aims to address the forces at every stage of engagement. Elizabeth Stanley, PhD, at the Mind Fitness Training Institute (MFTI), is studying whether meditation techniques can offset the cognitive and psychological effects of war—before and during deployment. The results of her pilot study have been promising. Soldiers who had trouble sleeping, staying focused, and dealing with trauma in the field are reporting improvement after using the MFTI techniques.

As Chief Warrant Officer Kenneth McKelton, U.S. Marine Corps, says, “This program has helped us to step back and really get in touch with what’s going on internally. We actually go inside and analyze the symptoms and start relaxing those feelings—those anxieties or pain.

Joelle Hann is a writer and yoga teacher whose work has appeared in such places as the New York Times,... Read more