What the Yoga of Standing Rock Looks Like: 5 Ways to Take Action 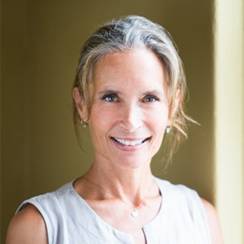 For the past several months, many of us have been watching the events at Standing Rock with increasing interest and concern. To many bystanders, Standing Rock probably seems a world away from their own, and that little can be done from a distance to contribute to a fair and just outcome. However, there are concrete and meaningful steps that can be taken, wherever one is, to support the water protectors at Standing Rock and contribute to their effort to stop the Dakota Access Pipeline.

Initially, one of the most important things for all of us to do is to educate ourselves on the issue. You can find a wealth of information at the website of the Oceti Sakowin Camp of the Seven Council Fires as well as the website of the Sacred Stone Camp.

In addition, here are five meaningful ways you can stand for Standing Rock.

1. To the water protectors at Standing Rock, prayer is action—and the Standing Rock Sioux and their allies have asked that we join them in prayer. This means living our lives as prayer, acknowledging that all of life is interrelated through Mother Earth. It means understanding that water is life, and life is sacred.

Let our prayers be that all may understand that water is life, and that all are moved to protect water, Earth, air, and each other. In our prayers, we can be in solidarity with our indigenous relatives, praying for their strength of body, mind, and spirit—and their success through non-violent witnessing, ceremony, and prayer.

Let our prayers be that all may understand that water is life, and that all are moved to protect water, Earth, air, and each other.

To close your accounts at these banks and move your assets elsewhere, telling them that you are doing so because of their involvement in DAPL, is a language they understand. If enough people do this, we can bring an end to this project. For more information on this, check out this article at Common Dreams.

3. Sending your letters and phone calls to elected officials is a wonderful way to support the water protectors at Standing Rock. Peer education is also important. Many people stopped paying attention on December 4 when the Army Corps, along with President Obama, rejected the permit for an easement for the DAPL to pass under the Missouri River. However, the following day, on December 5, Energy Transfer Partners issued a statement that they would continue to drill, in spite of the easement denial. I urge you to share that information, and to encourage others to spread the word—that the pipeline has not been stopped, and Standing Rock still needs our support.

Please contact your local and state officials, letting them know of your concern and urging them to do whatever they can to stop the pipeline and protect the water of the Standing Rock Sioux. You might also contact:

*The Army Corps of Engineers (at 202-761-5903), asking them to hold ETP accountable for continuing to drill in violation of directives from both the Corps and the White House. Ask also that enforcement of the orders to cease drilling be addressed to the U.S. Department of Justice.

4. Donate! There is an updated list of needs at www.ocetisakowincamp.org—the camp of the Seven Council Fires at Standing Rock, and also at www.sacredstonecamp.org. Their main needs right now are monetary. These are the primary websites for the efforts at Standing Rock, and they are able to take donations from these links. There, you can also learn about other ways to support the camp.

5. As of now, Oceti Sakowin Camp is not accepting new arrivals into the camp, due to severe weather and compromised safety conditions. They have asked that we continue to support them through prayer and actions that can be taken off-site.

Should the weather clear, and your heart is telling you to go, you will need to be thoughtful as to whether you can be self-sustaining during extended time outside in the harsh North Dakota winter. If the answer is yes, then please consider whether you have skills that could benefit the camp. If, after thoughtful consideration of all that’s involved, you feel you could make a positive contribution, please then be in touch with the camp organizers before making your travel plans. You can reach them at ocetisakowincamp@gmail.com or sacredstonecamp@gmail.com.

As with all yoga, there are many ways in which to practice and to embody our practice. If Standing Rock is your yoga, don’t miss the opportunity to do good by waiting for the chance to do great. There are so many ways to support Standing Rock, so let’s begin now.

I’d like to leave you with this traditional prayer for the waters:

“We give thanks to the waters of the world for quenching our thirst and providing us with strength. Water is life. We know its power in many forms—waterfalls and rain, mists and streams, rivers and oceans. With one mind, we send greeting and thanks to the spirit of water. Now our minds are one.”