What’s That Lingering Discomfort at the Front of My Hips After Yoga?

Editor's note: The below are intended to be general recommendations for yoga practitioners and teachers. They are not a replacement for the personal advice of a health professional. Yoga teachers should remain within their scope of practice: This means not attempting to diagnose, treat, or offer medical advice to students.

How do your hips feel during or after yoga? Do you ever feel pinching a few inches beneath your frontal hip bones, perhaps along with popping or clicking sounds, or discomfort in your hip flexors? One movement-related source of hip pain to be aware of is femoroacetabular impingement, or hip impingement, a hip abnormality that affects the mechanics of the joint and could lead to joint problems. Surprisingly, the initialism FAI is one that few in the yoga community know despite its relevance to our practices.

To be fair, FAI was not appreciated as a cause of hip pain until the nineties. It was first proposed as a mechanism of hip degeneration in a 2003 study, but more evidence since has connected it to labral tears, hip cartilage damage, and osteoarthritis. Many medical practitioners are still not familiar with it; it seems to be underdiagnosed and treated, despite the necessity of early diagnosis and treatment to prevent further joint degeneration.

Femoroacetabular impingement is just what the term itself indicates, according to Dr.  Shanté Cofield, aka “The Movement Maestro,” a physical therapist who helps educate movement professionals and, more recently, a digital business coach. Cofield explains that FAI means that “the femur [the thigh bone] and the acetabulum [the cup-shaped hip socket] are pinching.”

Dr. Ariele Foster, physical therapist, founder of YogaAnatomyAcademy.com, creator of the online course “Way of the Happy Hips,” and multi-disciplinary yoga teacher since 2001, took the time to explain FAI to me and to point me in the direction of some helpful research. “[FAI] is when extra bone grows around the hip joint,” Foster says.

This extra bony growth pinches soft tissue around the joint, and that growth can occur on the femur or on the hip socket itself. There are three types of FAI, according to Foster: “[There can be a] thickening of the neck of the femur (cam-type) or deepening of the rim of the socket (pincer-type), or both.”

Of the types, pincer impingement seems to be more common in women, while cam impingement seems more common in men, though the majority of those with FAI have a combination of the two. FAI is common even among those with no symptoms. Some studies put the number at 31 percent of the general population. One study found that the prevalence of an asymptomatic cam deformity was 37 percent—23.1 percent in the general population, but 54.8 percent in athletes. 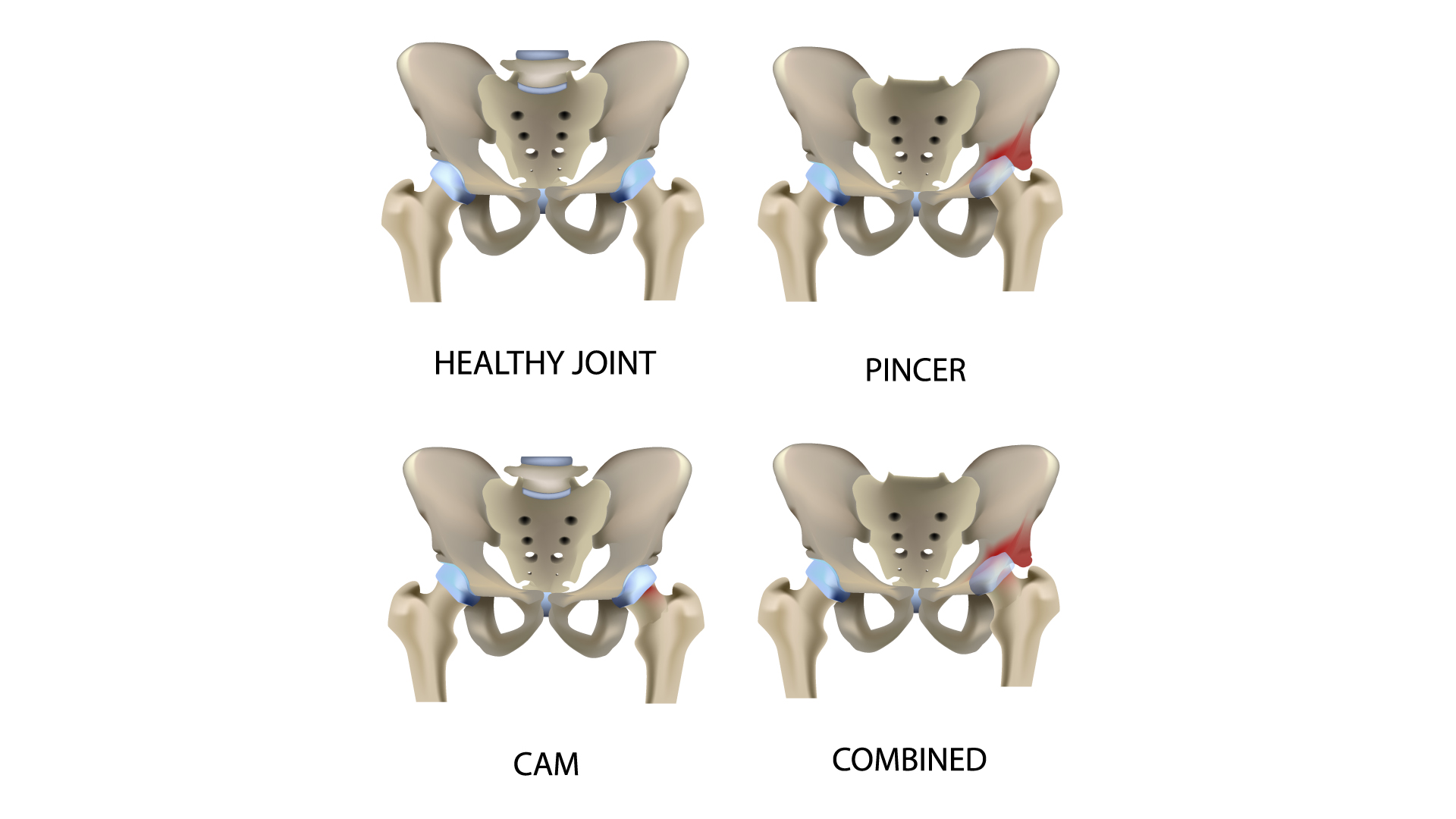 What causes the problematic bone growth in FAI, and why would it be more common in athletes? Hips come in different shapes; hip abnormalities linked to FAI can be genetic. But our bones change throughout our lives based on what we do with them. Cofield summarizes Wolff’s law, which describes how bones adapt to the stresses placed upon them: “You rub things, you get bone growth.”

In addition to genetics and factors like hip disease and surgeries, “Activities involving repetitive hip motion…may contribute to the development of FAI.” Playing vigorous sports in adolescence, such as ice hockey, basketball, and soccer, may contribute to FAI, and researchers point to the repeated movement of the hips into flexion and internal rotation—knee bent and turned inward—as one likely to precipitate problems. 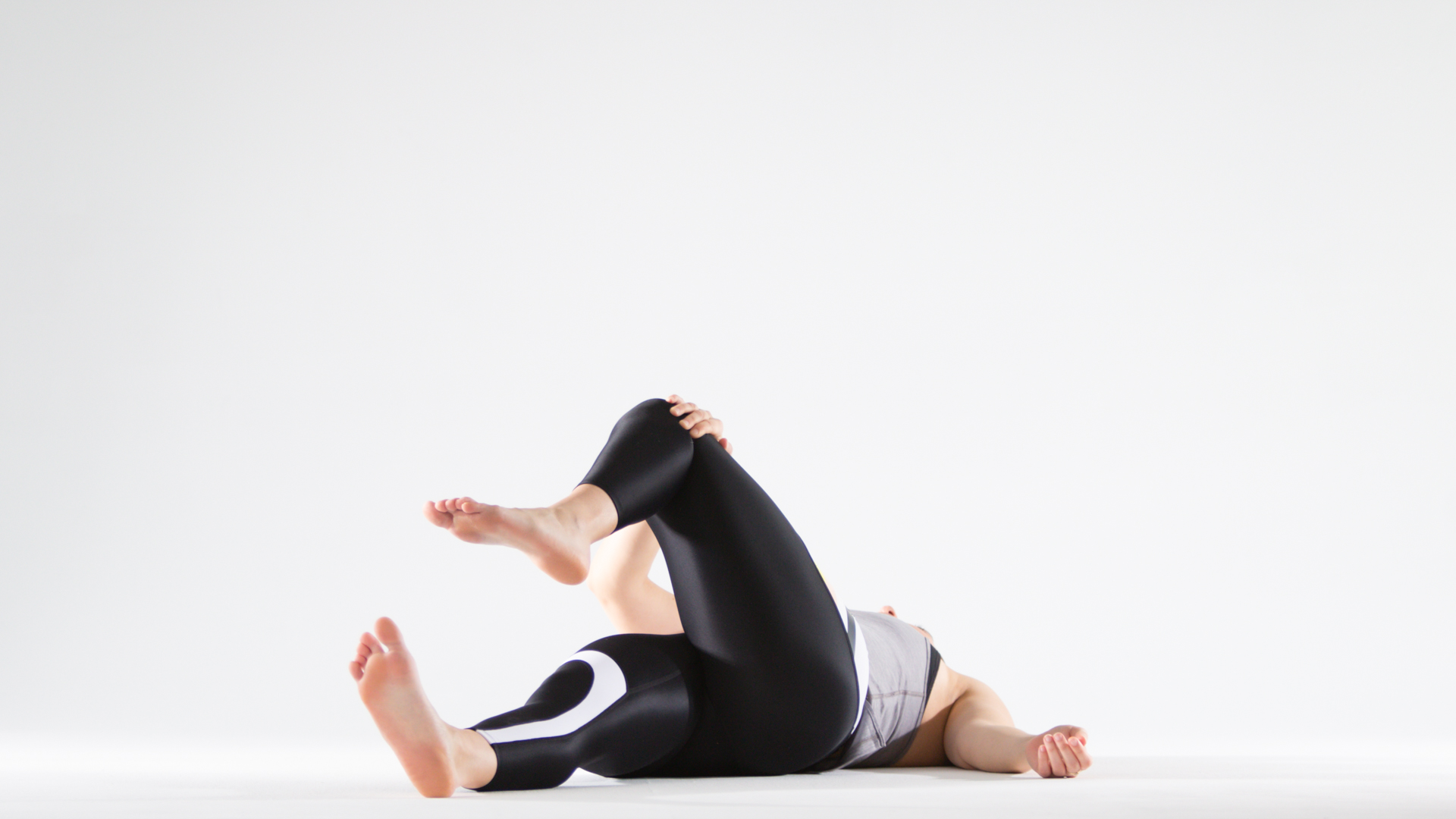 Internal rotation and hip flexion can trigger symptoms for those with FAI.

In fact, one method of diagnosing FAI is a clinical exam in which the affected hip is placed in internal rotation and flexion to see if that provokes symptoms. Other telling signs of FAI include reduced range of motion, like a loss of some internal rotation and difficulty flexing the hips past 90 degrees. Hip clicking or popping could also signal FAI, as might a distinctive pain pattern—discomfort at the front of the hip, perhaps extending to the outside of the hips in a “C” shape (which someone might show by cupping their hip with their thumb and index finger). This discomfort may occur after vigorous activity, but it could also occur after sitting for long periods.

The poses we’re doing in yoga classes, or the way we’re doing them, along with how we move throughout our daily lives, could conceivably place stresses on the hips that contribute to bone growth and hip discomfort; many yoga classes make repetitive demands on the hip, and many poses place the hips in internal rotation and flexion, just like the sports listed as problematic. 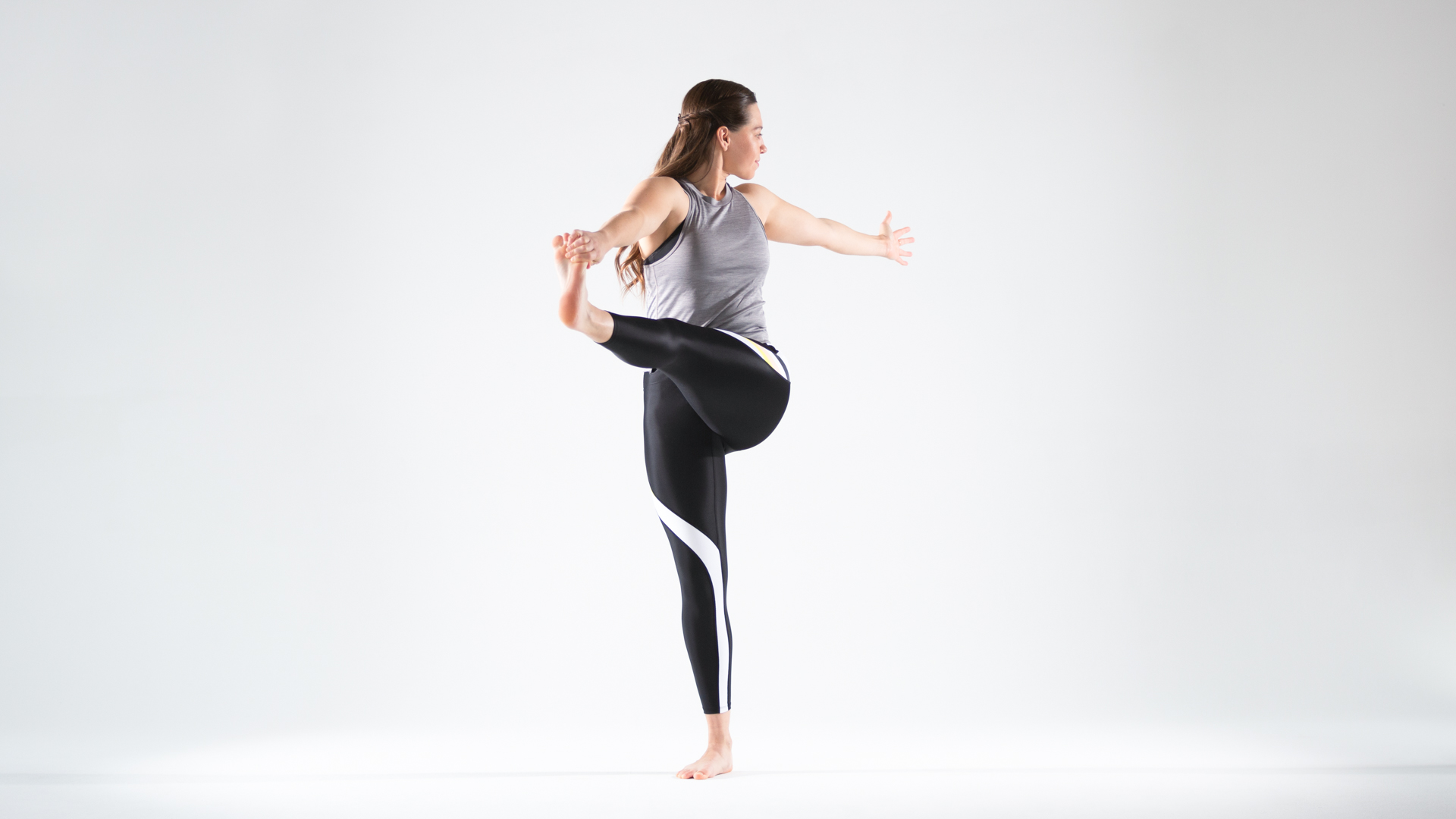 Some yoga poses move the hips into flexion and internal rotation, a position that may be problematic for those susceptible to FAI.

That said, while understanding how a yoga practice can interact with FAI is vital, it is difficult to point to any of the “usual suspects” in the case of FAI. Although some yoga practitioners have attributed yoga injuries to improper alignment, their underlying injuries, incorrect or no direction from yoga teachers, or too much intensity, FAI can result when alignment is sound, when no underlying injury is present, when the instructor cues a pose accurately and thoroughly, and from even fairly gentle yoga practices.

Furthermore, though we might think of yoga injuries as more likely to occur among beginning yoga students, FAI may arise in experienced students with longstanding practices. Many yoga injuries occur among older adults, but FAI seems to be most common in athletic men in their 20s and athletic women in their 30s and 40s. (Though Foster points out that that statistic may be misleading: Even if many young and active individuals are first diagnosed with FAI, FAI would be ongoing thereafter and perhaps blur with other diagnoses in older individuals.)

FAI is insidious in both senses of the word: It is tricky, and it is gradual. The disorder may initially be accompanied by no symptoms at all, or by only very mild sensations, such as stiffness or discomfort after hip-flexing activities, so it is possible that we wouldn’t perceive FAI until after many years of practicing yoga or doing another physical activity. Foster says, “It’s why yoga teachers cannot rely on the phrase ‘Listen to your body’ as your best injury prevention strategy.”

Treatments for FAI include minimizing aggravating movements or activities, physical therapy, and anti-inflammatory injections. If damage to the hips progresses further, arthroscopic surgery may be needed to smooth out bone growth and repair the hip labrum and cartilage. However, it is not inevitable that FAI will get worse or that yoga will aggravate it.

According to Foster, noticing the presence of early symptoms and making changes to your movement strategies can “absolutely” prevent minor symptoms from escalating, “especially when working one on one with a physical therapist who understands your movement practice and has experience treating hip conditions.”

Adapting Your Practice for FAI

We can look here at the changes we can make to our yoga practice, and our approach to it, to make it safer and more beneficial for those with FAI.