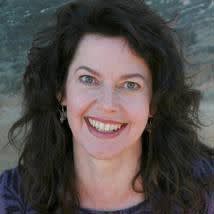 When I tell my friends in the yoga world that my father was a general, they always assume I am speaking metaphorically. “Ah,” they say, nodding knowingly. “You mean he embodies the warrior archetype.” But no, I tell them. My father—a thoughtful, loving, vibrant man in his late 80s—is literally a retired three-star Army general.

I grew up on Army posts all over the world—from Kansas and Kentucky to Korea and the Philippine Islands—with barbed-wire fences around them and military police guarding the gates. My 10-year-old friends and I played on Civil War cannons that served as lawn ornaments at my Fort Leavenworth home. The grass was always mowed to a tidy buzz cut on the lawns and parade greens; the leaves were raked up as soon as they fell. And wherever we drove in my father’s green Plymouth with the three silver stars on the front, young men in crew cuts saluted. They saluted even if only my mom and I were in the car, just to be on the safe side.

But let’s put it this way: this was not a culture in which the word “surrender” had a positive connotation.

Yoga teachers often speak about finding the appropriate balance between will and surrender. Growing up in the military world, I definitely learned a lot about the power of will—of discipline, focus, striving, and control. But let’s put it this way: this was not a culture in which the word “surrender” had a positive connotation.

When I first came to yoga and meditation practice in the early 1980s, I thought I had gone thoroughly AWOL from my military roots. By then I was a neo-hippy religion major at an East Coast university, complete with liberal politics, a skateboarding California boyfriend, and a hefty collection of Grateful Dead albums. But my conditioning lay deep in my cells, and wasn’t going to be undone by Indian cotton harem pants and a copy of Zen Mind, Beginner’s Mind.

Sure, the turbaned Kundalini Yoga teacher who helped me fulfill my PE requirement talked about being kind to my body and mind. But from my point of view, the most cursory white-glove inspection of both realms revealed that they were simply not up to standard. And my implicit duty was to clean up the situation as quickly as possible, using the time-honored strategy of command and control.

I quickly discovered that the world of yoga and meditation—or, at least, some sectors of it—gave me ample ammunition for shock-and-awe spiritual tactics. I sat my first meditation retreat at age 20 at a Zen center where, before I could be admitted to a practice period, I had to demonstrate my seriousness by meditating alone in a tiny room for a whole day. I wasn’t supposed to get up off my cushion except to go to the bathroom (and to eat a plate of stir-fried vegetables that was set outside my door at noon). I had received approximately 15 minutes of meditation instruction beforehand, in which I was told that I should “follow my breath.”

Clueless but determined, I sat on my black cushion in my white flounced skirt and pink embroidered blouse, which I had only belatedly realized were not standard monastic attire. My knees throbbed. My back ached. I couldn’t track more than three breaths in a row, and I wasn’t sure where I was supposed to “follow” them anyway. As I stared at the blank wall in front of me, I flashed on a memory: riding on the school bus on the way to first grade, looking out the window at a platoon of soldiers in full camouflage gear and combat boots who were jogging along the roadside chanting, “I wanna be an Airborne Ranger, I wanna live a life of danger…”

I wanted to look at my body and mind and know for sure: The battle was being won.

As I dived deeper into my asana practice, I naturally gravitated toward the rigorous end of the spectrum. Early on, a yoga teacher told me that yoga came in two varieties: flower and fire. I was clear: fire was what I wanted. Not that it had to look particularly martial: my first long-term yoga teacher, in Santa Cruz, California, had hip-length blonde hair and played the harmonium. But on the mission to conquer my body and mind, I definitely wanted the heavy artillery. I wanted sweaty vinyasa, deep backbends, challenging arm balances, dazzling splits. I wanted long hours of meditation followed by dramatic breakthroughs into samadhi. I wanted to look at my body and mind and know for sure: The battle was being won.

I’m not dismissing the power of these fiery, transformative practices. The cultivation of tapas—spiritual heat and discipline—is a vital component of Patanjali’s eightfold yoga path, and a key aspect of what the Buddha termed Right Effort. And over the years, that inner fire has served me well.

It’s helped me carve out time and space for the challenging task of turning inward and facing myself, again and again: setting my alarm clock hours early so I could hit the yoga mat before a long day of work or parenting; sitting through long meditation retreats when every cell in my body was screaming for me to jump ship. It’s helped me challenge habits and limitations to explore new territory in my body and mind. It’s given me the persistence to continue with the simple but revolutionary act of becoming intimate with my inner world—even when it seemed difficult or even self-indulgent to do so.

And yet…the longer I practiced, the more I realized that, by itself, this kind of willpower wasn’t enough. Not only did it not bring me the kind of inner freedom I was seeking—it often made my inner world even more constricted than it was before. When I was ruled by it, I found myself grasping at one goal after another: a drop back into a backbend; a bliss-filled meditation period. And while those goals are fine in themselves, my sense of striving—and of a solid, separate self who was doing the striving—often made me miserable.

But the more I practiced, the more I wondered—who exactly was this “self” about whom I had all these opinions?

And the more I paid attention, the more clearly I saw that what I really valued most in my life could not be accomplished through willpower alone. I couldn’t will myself to love someone, or will someone else to love me. I couldn’t will creativity, or healing, or compassion, or joy, or insight. Sure, I could help create the conditions in which those things were more likely to arise. But the actual arising—that could only come from grace, a kind of everyday miracle that couldn’t be forced.

And the more I paid attention, the more clearly I saw that what I really valued most in my life could not be accomplished through willpower alone.

So I began to cultivate seriously an aspect of practice to which I’d previously only paid lip service. I began to learn to undo, rather than do.

Partly, this was a matter of specific techniques. I slowed my asana practice down, focusing more on the journey and less on the destination. Pranayama and energy work helped me tune into the movements of the subtle body that can get obscured by a relentless focus on physical form. Yin and restorative poses helped me cultivate and trust in the power of letting go, the natural rhythms of inner release, and the healing wisdom-river of the body that flowed out of sight of the watchful sentries of my conscious mind.

But techniques alone weren’t the answer. As long as my inner commander kept barking orders, I could be tense and goal-driven even in shavasana. I could sit in meditation as if in a mindfulness sweatshop, cranking out intermittent moments of presence with grim determination, and berating myself for not meeting production quotas on spiritual awakening.

So, more important than changing my techniques, true transformation demanded that I bring a different attitude to my yoga, even to the more vigorous practices. Part of why asana is such a wonderful meditative form is that, unlike seated practice, it trains us to cultivate awareness in the midst of action—as in life, we are constantly making choices about where and how to move. Could I soften into the still, luminous core of non-doing in the midst of this dynamic activity? Could I do without identifying with the doer?

For most of my life, I’d relied on my inner general to get the job done. But getting the job un-done was not a mission that the inner general was equipped for. I needed to evoke a different archetype—a softer, more feminine power that came from deep in the belly. And with some help from this inner goddess, my yoga became less of a march, and more of a dance.

Rather than striving for control, I began to focus on cultivating an intimate, sensitive, ever-changing relationship with my body, mind, and heart. I tried not to adopt self-improvement as my mission, although I found that transformation inevitably occurred at its own meandering, unpredictable pace. Instead, my primary focus became to come into living, breathing contact with my embodied life—just as it actually was.

Rather than striving for control, I began to focus on cultivating an intimate, sensitive, ever-changing relationship with my body, mind, and heart.

Sure, I still aimed myself in the direction of peace and well-being. But I found that when I managed to stay connected with what was really true at any given moment—no matter how painful or awkward or embarrassing or unenlightened—then my movement toward wholeness was less likely to come from habitual denial and control. I wasn’t cultivating strength just because I couldn’t tolerate weakness. I wasn’t straining toward joy because I couldn’t bear to feel my grief.

Old habits die hard, of course. After over a quarter-century of yoga practice, I still regularly catch myself charging into battle on some inner spiritual front line. I’m the only person I know who can get stressed out about whether I’m relaxing properly. When I was invited to speak at a Kripalu yoga conference on “Being and Doing” about a decade ago, I immediately wrote a note to myself: Must put “being” on my Do List. Preparing a talk on Right Effort for a mindfulness training at Spirit Rock just last year, I googled “non-doing” and found 175,493 entries. Oh no, I thought in a panic. I’ll be up all night.

I invite myself to soften, and breathe, and let go.

But when these moments happen, I catch myself more quickly than I used to. I pause to feel where striving lives in my body—the tightened jaw, the clenched breath, the rigid thoracic spine, the eyeballs tense in their sockets. I invite myself to soften, and breathe, and let go.

Rather than letting my inner general march the troops into combat, I just thank her kindly for her energy, her power, her efficiency, her good intentions. I pin a medal on her. Then I gently remind her that at the heart of every whirlwind of activity, there lies a bottomless pool of luminous peace; and that if she can only make her way to rest in it, she’ll probably find that the right action will effortlessly arise, without the need to draft an army.

And then I put my hands into namaste  and bow—in a gesture of surrender to the vast mystery that envelops us all, and that’s beyond any general’s power to command. I guess, in a way, it’s a kind of salute.