Where Have All the Yogis Gone? 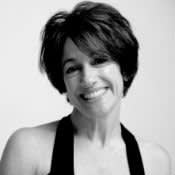 There are more people practicing yoga than ever before. Yet, when I go to a studio, I often feel terribly alone.

The yoga business—a thriving, multi-billion dollar industry—is growing ever-youthful at the same time that yogis are aging. While yogis come in all sizes, abilities, colors, and ages, you wouldn’t know it when practicing in the many studios that grow younger and more homogeneous by the minute.

To paraphrase Colin Powell: When I aged, I didn't leave the yoga party. Yoga left me.

According to a recent survey by Yoga Alliance, there are 36 million people practicing yoga in America. That’s a lot of ‘omies. And yet studios seem to be attracting only a small percentage of those students. While the number of studios has grown, the number of students coming to class has not kept pace (as evidenced by the number of studios going under). My question is: Where is everyone?

I think they are practicing at home.

Finding a community of practitioners you resonate with is priceless. Unfortunately, as a studio-going yogi over 50, I'm a rarity among my peers. Few of my friends regularly go to yoga studios. I also recently interviewed a dozen older yoga teachers for a book on yoga and aging that I’m writing, and not one of them practiced regularly in a studio.

As a studio-going yogi over 50, I am a rarity among my peers.

I, on the other hand, love yoga classes. I still go to them for two reasons: First, my home practice usually involves a dog licking my face. And second, I get lonely. As a writer, my job is solitary and somewhat isolating. When I attend classes, I'm looking for both motivation and community. I’m looking for someone at my stage of life who might want to share a class and possibly a coffee afterward.

Even though there are 36 million yoga students in the U.S., I don’t see very many in the studios who look like me. I suspect many studios are unintentionally alienating students who look different from the youngish, thinnish teacher usually in front of the class. While the presence of a young, thin teacher could be motivating for some students, I’ve found that it doesn’t motivate everyone.

I realized this in 2015, when my friend Dianne Bondy came to teach a yoga workshop in Denver, where I live. You might know Dianne from her online classes and trainings, her now famous commercial for Pennington’s department store, and her popular essay from Yoga and Body Image, “Confessions of a Fat, Black Yoga Teacher.” Dianne’s workshop focused on teaching teachers how to instruct larger-bodied and largely invisible students who don’t often feel represented in mainstream yoga classes. Unfortunately, I thought the class might be empty.

Me: “This is going to be a very small workshop. I haven’t had a larger-bodied student come to one of my classes in over 15 years.”

Dianne: “Girl, you have no idea. This workshop is going to be full.”

She was right. As we walked into the studio, I saw what I had never seen in Denver: a room completely full of larger-bodied yoga students. I was stunned. And I'm still stunned.

Even though I'm very nice to anyone who comes to my classes, I realized that larger people don't necessarily see themselves in me. They have no way of knowing that at one point in my life, I was also heavy.

“Larger people don't feel comfortable coming to a yoga class unless they see someone doing the poses who looks like them,” Dianne said. “That’s just the way it is.”

Yoga and Notions of Vitality

As Dianne says, to feel comfortable, many people need to see a familiar face. I've realized this through my own experience as an aging yogi. And that familiar face doesn’t have to be someone you actually know, but someone you can see yourself in.

To feel comfortable, many people need to see a familiar face.

The first person many of us saw practicing yoga was Lilias Folan. Lilias’s television show, called Lilias, Yoga, and You, premiered in 1972. I had no idea who the “you” was because she didn't look like me. I was only a teenager at the time—and back then, Lilias looked like my mom.

Since then, yoga media has worked diligently to remove the “mom” factor from yoga. (As a side note: I’m guilty of this too in that I once marketed a book by saying it was “not your mother’s yoga.”)

While many cultures revere their elders as wise men and women, modern-day yoga has done just the opposite. We’re setting older yogis aside and emphasizing the young, Lululemon generation.

But here’s the thing. As Lilias knew and wrote about in her book on yoga and aging, yoga gets better with age. It’s very true. Sorry, all you young'uns who can wake up and put your foot behind your head, but this is a fact you can take to the bank (or more specifically, to the mat):

Yoga is a practice enjoyed by many, but it's truly savored by the few.

When we are healthy and strong, we can pursue the big poses like a trout for a fly. We can go-go-go. I know, because I was once a goal-oriented, energetic yogi whose body never failed me. But once you become a little older or injured, ill or heavy, your capacity to “nail” certain poses might not be what it was previously. And that is precisely when the magic of yoga begins.

Every day I discover new challenges of aging, and then rise up strong with resilience and perseverance. This challenge has been my gift, my “new” yoga.

Being happy and content with whatever you can do on any particular day is the true magic of yoga. If you’ve been ill for awhile and unable to practice, touching your toes again for the first time is freaking amazing. As I wrote in my book, Finding More on the Mat, “What we seek is inside.” Even though on the outside, to an untrained eye, it may look like I don’t have an established practice, I’m finding gratitude on the inside. Every day I discover new challenges of aging, and then rise up strong with resilience and perseverance. This challenge has been my gift, my “new” yoga.

Yet I didn’t even realize what I'd been missing until recently when I walked into a studio and saw something I hadn’t seen in a very long time. I was on my way to a class when I realized I would be too late to attend. So my “GPS Guru” brought me to a new studio, in a new part of town. And when I walked inside, I discovered that I was found rather than lost.

Here in this out-of-the-way place, at an off-peak time, was the community I'd been searching for.

OMG! The teacher behind the desk looks just like me!

She was a familiar face. She was someone in whom I could see myself. She is also someone who is disappearing in yoga today: the older teacher. What’s more, when I looked around the room it was filled with nearly 40 students who looked just like me. Hallelujah!

I don’t want to play the blame game. That’s not my point. Sometimes studios simply don’t know what to do with older teachers because their presence is so rare. As such, older teachers are often given the gentle yoga or chair yoga classes, though many of us are still kicking ass. Gentle yoga classes might be beneficial for some older yogis, but not all older yogis want to practice softer forms of yoga. We shouldn't assume that just because someone is older they require a gentle yoga class—just the way we shouldn't assume that because someone is young they should be able to kick up into a handstand. All this assuming gets us into trouble.

Often, it’s not that an older yogi wants to practice so differently from any other yogi. We are just looking for commonality. Personally, if I’m being asked to jump into a handstand, I like to know that I’m not the only yogi over 50 who’s doing it.

As the business side of yoga chases the fountain of youth, there are still plenty of yogis who are searching for community. If studios want to woo more students back from their home practices, they might try hiring more diverse teachers—old, young, fat, thin, black, white, and everything in between. Because students come in all shapes, sizes, ages, and colors, so should their teachers. As Dianne Bondy said, people want to see people who look like them.

It doesn’t really matter to me if everyone else in the yoga studio is younger. My practice is my own. But on this wintry day—when I stumbled into a new studio in a new part of town, with a teacher who looked a lot like me—I felt something that I hadn't felt in a very long time.

I felt comfortable. As if I had arrived. I was home.