Why I Dissected a Cadaver: A Yoga Teacher's Perspective 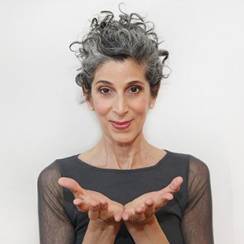 Content note: This article contains detailed descriptions of cadaver dissection. It does not include photos.

Last February I dissected a human body. The five-day intensive course that gave me this opportunity was hosted by fascial expert and author Tom Myers and master dissector Todd Garcia, and was held at the Laboratory of Anatomical Enlightenment in Tempe, Arizona. No previous experience with dissection was necessary to attend. Years before signing up for the course, I’d thought about it—with both curiosity and trepidation. If you have an interest in doing something different, especially something new or weird like a dissection, I encourage you to follow through, even if you’re scared. Facing our fears gives us information, inspiration, and inner strength.

When I first told friends that I’d be doing a dissection, I expected to be greeted with responses of enthusiasm, excitement, and admiration. Instead, people looked at me with disgust. They wondered if I was serious and asked me, “WHY?” After all, I’m not a medical student and this was not a requirement; I’m a personal trainer, yoga teacher, and yoga therapist. My answer was that I like to learn and I enjoy a challenge. I also had another reason. A fellow teacher who’d been through this dissection had told me, “You’ll never look at your students the same way again.” That sounded like something I wanted—a new perspective on my students.

As a yogi, it was deeply meaningful to work directly with death. While the most obvious benefit was that I deepened my knowledge of anatomy, I also gained insight about myself. In the end, I was filled with gratitude for the experience. Dissection is about as deep as you can go. So I went.

When I arrived on the first morning, the room was full of people wearing scrubs and lab coats. We shared our names, where we were from, what work we did, and what area of the body we were particularly interested in seeing.

Then the group was ushered out, while our two teachers and three assistants transformed the space into a forensics lab, with plastic sheeting covering every square inch of the floor. When we returned, there they were—eight cadavers wrapped in sheets on eight tables. My first impression was that the cadavers all looked so remarkably small, like children really.

At this point, you might be wondering about other sensory impressions—like smell. The program I attended uses “untreated” cadavers.  Because these bodies are not preserved with embalming fluid, their tissues are closer to those of a living body and there is no strong chemical smell masking the smells that arise naturally. So, I was prepared with nose plugs and essential oils. (While I never used my plugs, I did use the oils in my surgical mask, especially toward the end of the week.)

Now that it was time to really begin, Todd Garcia demonstrated precisely how to unwrap the sheet around one of the cadavers and then place it in the accompanying plastic bag. When Todd exposed the first cadaver, I leaned toward the woman standing next to me; I wanted to snuggle in, even with this total stranger, just for the reassurance of a live, warm body. I was so scared.

We are layer upon layer of intricately woven compartments.

But then, with the second body, I was ready to reach in and help. After all the bodies were unveiled we were asked to choose the one we wanted to work on. I chose a tall, older woman with white hair and beautiful skin. Together, with the group that joined me, we called her Lucy.

Here are some highlights of my days in the lab.

Our first task was to become familiar with the tools of dissection—a scalpel and a hemostat (medical tweezers). Following specific instructions, we began to cut the skin. I started under the jaw and down the neck. The idea was to cut the epidermis and the dermis (the top, shallow layers) but leave the hypodermis (fat) so that we could see the veins, arteries, and nerves within it. It was delicate work.

Once the fat was revealed, I was astonished at how much of it there was. None of the cadavers would’ve been considered overweight, yet each body had a lot of fat. It was bright yellow, like the yellow of emergency zone tape. If lovely Lucy had a lot of fat, then fat is just a fact—nothing to stress about.

On day four we were instructed to create a “window” in the chest to see the lungs and the heart. We cut the ribs using clippers that looked exactly like the garden shears I use at home to cut my farmers’ market flowers and trim small branches. That familiar sound of something thick being clipped was really startling. I reached into that rectangular window to hold the heart and lungs. They were surprisingly heavy, and they completely filled both of my hands. Now in meditation, I sometimes think about tenderly holding my own heart and lungs, and all that they contain—just as I did with Lucy.

Among the participants were massage therapists and movement professionals, along with doctors and nurses. So it’s not surprising that many were curious to move the joints around to directly see and feel their range of motion. At first, I didn’t feel comfortable even watching the bodies being manipulated in this way. It felt strangely disrespectful, like getting a really bad and ill-timed adjustment in a yoga class.

Those little vocal cords I’d uncovered became a symbol of my own inner voice, sometimes barely audible, yet determined to be heard.

But, soon, I too was curious and began to investigate how the femur head was all neatly tucked up in the pelvis. I smoothly rolled it in and out. When I increased the range of movement just a bit, there was a sudden POP! The head of the thighbone had jumped out of its socket with an incredible and distinct liquid-suction sound that stunned everyone. That was the sound of the synovial fluid. It felt like an atomic knuckle pop, like hundreds of joints popping in one synchronous moment. I also felt as if I had made a big, big mistake. Oddly enough, as I was I sticking the femur right back in, there was a suctioning settling feel, as though nothing had happened.

Tom Myers, author of , showed us how the fascia is literally everywhere. Fascia surrounds every muscle, bone, and organ. It’s the outline of everything. Each muscle is packaged in its own fascia, which is then attached to the fascia surrounding the next-door muscle or organ. We are layer upon layer of intricately woven compartments. While we could see how super-thin, see-through, and delicate it is, we also felt its resilience. It’s easy to see why fascia can make us so tight.

On our first day introductions, I had mentioned that I wanted to see the vocal cords. Since I was the only person in the group with this specific interest, I thought I’d better ask for some help in carrying out this project before the whole course came and went. On the next-to-last day, I asked Tom for some guidance. He gave me detailed instructions on where my vocal cords would be situated in my body—my live, standing-up body. This was good info, but I still didn’t know how to approach finding them in Lucy’s body.

Given what Tom had told me, I started my solo journey of discovering the vocal cords by cutting under the jaw. I still had no view of the vocal cords, but I caught a peek at the epiglottis, an adorable little mini-tongue. Todd came by our table and told me to cut the soft palate. I did, but I still couldn’t see the vocal cords. I was looking for the small, white structure I’d seen in pictures and videos. By now, I had removed the tongue and the larynx and was holding them in my hand. I just never thought that I would cut someone's tongue and larynx out of their body. This was the one thing that had made me most afraid when I first read about it in our Dissection Guide—cutting the throat. It was as if I had killed Lucy. I looked away to get a grip, paused and took a deep breath, and then was able to continue.

Todd stopped by our table again, pointing as he said, “You should cut here.”

“You think I should cut right here?” I asked, feeling unsure.

So, I cut right where he told me to cut, down the middle of the front of the trachea. There they were: tiny, beautiful, and mobile. I was awestruck. They looked just like the pictures—only smaller and more fragile. With a micromovement of my hands on the larynx, I could manipulate the vocal cords to go soft or stretch together, just like two blades of grass you might blow to make a sound.

It took awhile for me to understand why this moment felt so important. It wasn’t just that I had fulfilled my curiosity as a singer; I had also first advocated to be able see the vocal cords and then followed the many challenging steps to reach them. Those little vocal cords I’d uncovered became a symbol of my own inner voice, sometimes barely audible, yet determined to be heard.

These are just a few of the discoveries I made during those unforgettable days. While I learned a lot about Lucy, and about the human body in general, I may have learned even more about myself. My family had always called me too sensitive and thin-skinned. In truth, I wasn’t sure I’d be able to handle this experience. But then, there I was, standing all day long on a cement floor in a cold room, looking very closely at death. And I was okay. I was more than okay, actually. Turns out, all these years of yoga practice have given me a pretty hardy constitution.

I am so grateful to Tom, Todd, and their assistants for their guidance. I am even more grateful to those who donated their bodies. Through the generosity of “Lucy” and the seven others, we were given a rare opportunity to face death, and by doing so, to learn about life. By sharing the story of my experience here, I hope that the goodwill of their generous action will continue to expand, touching even more people.

Another way I’m able to share their gift is through my teaching. Recently when I was teaching a pose that challenges hip tightness, I reminded my students that their hip joints are infused with fluid. I pictured Lucy’s glossy, rolling femur head. This image helped me convey the potential of our hips to be fluid and free.

On the whole, that extraordinary week gave me an even greater reverence for our amazing bodies. My interest in our human form has led me down so many beautiful roads. The dissection was a surprising but totally logical continuation of that journey.

Jennifer Brilliant, (C-IAYT, E-RYT500,) has been teaching for over 30 years as a master dance teacher,... Read more