Why Questions Matter More Than Answers: The Yamas and Niyamas 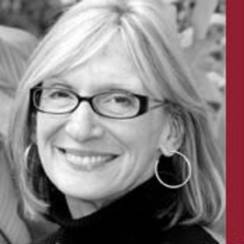 My memories of the story of the Three Little Pigs go way back. As a child, my mother often lovingly tucked me in bed with that story, as did my grandmother when she visited. As an adult, I remember doing the same with my own children and grandchildren, always mimicking the wolf’s voice when he said, “I’ll huff and I’ll puff, and I’ll blow your house down!” What I didn’t know is that the story I was passing along was a “cleaned up” modern version of the original story.

You may remember that in the story most of us learned, the wolf fails to blow the third pig’s brick house down. Almost immediately, the thwarted wolf climbs down the chimney, only to land in a boiling pot of stew and become dinner. The pig eats the wolf all too easily, leaving us with the mistaken belief that the pig was in control all along. This is the kind of illusion we can easily embrace: that we already know the answers and are always in control of our progress.

Contrast this with the original version of the Three Little Pigs first recorded in 1842 by James Halliwell-Phillipps. In that version of the tale, the third little pig is not in control and victory over the wolf not so easily won. There is a continued conversation between the wolf and the third pig in which the pig learns to face his own fears, inadequacies, and ignorance. It is through this courageous dialogue that the pig eventually attains not only victory over the wolf, but also his own wholeness.*

When I look at the number of books in the West that have been published on asana, compared to those on the yamas and niyamas, I can’t help but wonder if we are practicing a “cleaned up” version of yoga, with large chunks of the story left out. Fairy tales have deep lessons to teach us, and we often miss opportunities to reach into the deep recesses of our ignorance when we leave out significant portions of the story. So it is with yoga’s ethical system.

At their heart, the yamas and niyamas are an encounter with our lived humanity.  They show us our own moral poverty, they empower us to make more harmonious choices, and they fill our lives with grace. They are the foundation of our transformation through the alchemy of yoga.

At their heart, the yamas and niyamas are an encounter with our lived humanity.

Why is it that these ethical principles are not given the attention they merit? I think it is in part because we view them as answers rather than questions, and moral laws that result in simple failure or success. The primal mistake is in thinking we know what they mean. Arrogance takes over, and the opportunity for reflection is lost.

Yoga’s ethical system does not give clear answers as much as it invites us to ask very big questions, and then to live into those big questions. “What does it mean to ‘do no harm’ as we move through our unique human lives?” is a very big question. By continually dialoguing with ourselves over the question, the choices of our lives can begin to reflect the very essence of nonviolence.

When we ask questions of ourselves, we allow an internal conversation to develop. Take, for instance, Dietrich Bonhoeffer, a budding Lutheran theologian with a strong pacifist stance. As Hitler came to power and Bonhoeffer witnessed the horrors of Hitler’s regime, Bonhoeffer’s relationship with nonviolence began to change.  Bonhoeffer eventually became part of a failed assassination attempt on Hitler, paying for this failure with his life. One can only imagine the angst pervading the questions Bonhoeffer asked himself—an internal dialogue that eventually moved him from committed pacifist to ready assassin.

Or take Mahatma Gandhi and his lifelong relationship with truthfulness. In his autobiography, Gandhi states that his whole life had been an experiment with truth. And what a life of force that experiment produced. My point is that neither of these great people bypassed the hard decisions of life—arriving at them through a deep consideration of  what it means to be ethical within a lived context.

We love answers, especially to complexity. I see it in others; I know it all too well in myself. I experience it as a pervasive inner plea to make life easier by being told what the “right” thing is. But answers can cheat us. They rob us of growth, reflection, and community dialogue. Answers are shaped by what we assume we know, which  distances us from the opportunity of the moment. Assumed answers prevent us from having the deep conversations with ourselves—such as what Bonhoeffer must have had with himself regarding nonviolence, and Gandhi about truthfulness.  Answers give us a “cleaned up” version of our lives, much like the “cleaned up” version of the story of the Three Little Pigs—with the entire dialogue between the wolf and the third pig deleted.

True ethical systems do not give us the clear, easy answers we love. But they do guide us through the messy complexities of our shared humanity by inviting us to ask bigger questions. It is these questions—such as those Bonhoeffer and Gandhi asked themselves—that enable us to see what we have not yet been able to see. It is these questions that invite us to grow into a deeper, humbler, wiser participation with our own lives. And it is these questions that keep us freshly engaged and present to whatever life brings us in the moment.

True ethical systems do not give us the clear, easy answers we love.

The yamas and niyamas do not lend themselves to a facile acceptance. They are lifelong companions and intimate friends—to dialogue with, wrestle with, and learn from. They invite us to approach big questions we didn’t even know how to ask. This is their ongoing power.

*For a detailed exploration of the original story, see Pigs Eat Wolves by Charles Bates.

Deborah Adele, MA, ERYT500, has made the yamas and niyamas household words with her ground-breaking book... Read more