Why We Practice: A Short History of Yoga in the West 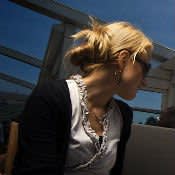 I’ve never been inclined to buy into any ideological or social systems. But having now practiced yoga for almost twelve years, I’ve noticed that yogic teachings have had a powerful effect on both my body and my mind. In addition to my daily asana practice, with time I also began incorporating some moral, philosophical, and theological teachings from yogic scriptures into my life in order to inform and enhance my experience off the mat. Given my prior mental resistance to following any uniform ideological or lifestyle path, this magnetism of yoga was puzzling to me, to say the least—that was, until recently, when I started looking into the history of yoga in the West. The trajectory of the West's reception of yogic practices has given me some answers to my questions regarding my rather unexpected dedication to the practice, as well as my willing compliance with some of its moral guidance. It has not only revealed what made me so receptive to yogic teachings, but also why yoga is now such an attractive practice for many Westerners who have no roots in Hindu religion or philosophy.

History of Yoga in the West

Western intellectuals "discovered" yoga in the nineteenth century. Initially, European and American interest in this practice evolved around its philosophical foundations. That early fascination with Hindu theological writings was the first step toward the popularization of yoga in the West. Although already back then, there were works available in English that discussed yoga in the context of physical practice (such as A Treatise on the Yoga Philosophy, by N. C. Paul, published in London in 1851), and sporadic examples of asana practice began cropping up in the West in the first half of the twentieth century, the physical practice of yoga did not fully grasp public or academic attention until the 1950s. In his groundbreaking book Le Yoga: Immortalité et Liberté (1954), Romanian scholar and student of religion Mircea Eliade recorded a holistic understanding of yoga asana. With its popular English (1958) and German (1960) translations, soon this volume became one of the most cited comprehensive sources on yoga in the West. Although he treated asana primarily as preparation for pranayama and meditation, Eliade drew heavily on the Hatha Yoga Pradipika, a fifteenth century manual of yoga practices that highlights the link between the bodily energy, or prana, and the mental state of an individual. According to Eliade, the ultimate objective of yoga practice is the harmony of the body and the mind. This balance then leads to the liberation of the soul.

It was this idea of spiritual freedom, envisioned by many later practitioners as emancipation from the pressures of capitalist ideologies, that contributed to the further spread of asana practice in the West. It witnessed its first boom in the mid-twentieth century. In particular, Sri T. Kirshnamacharya’s students heavily influenced the developing popularity of yoga among the Western public. Already in the late 1940s, Indra Devi started teaching asana in Hollywood circles in the U.S., where she stayed for a few decades, later traveling between Mexico and California before leaving for Argentina in 1982. In 1966, B. K. S. Iyengar published his Light on Yoga, a comprehensive guide on asana practice. Slightly later in the 1970s, K. Pattabhi Jois, founder of Ashtanga yoga, taught in both the U.S. and Australia. The popularity of yoga in the West was also enhanced by Yogi Bhajan, who settled in California in 1968 to teach Kundalini yoga. Since then, there have been myriad styles of yoga that blossomed throughout many Western countries, developing in a range of directions. What they all share is the intention of mind/body balance, the foundation of all yoga practices across the globe.

Although interpretations of this basic concept of balance often differ from school to school and practitioner to practitioner, yogis seem to have more in common than just a fundamental yearning for a balanced life. Their goal to attain harmony of the body and mind is expressive of something central to their practice and commitment to yoga—namely, their search for liberation. However, again the answer to the question "liberation from what?" produces a range of answers. A historical examination of the moment yoga swept through the West offers one possible answer as to why this ancient practice is so attractive to Westerners today.

The 1960s and 1970s marked the beginning of the postmodern era, when social and cultural conflicts came to the attention of the general public for the first time. The earlier bedrock beliefs in the power of technological progress and social balance with firmly established gender and race hierarchies were starting to be publicly questioned. When the dominant ideologies of capitalist culture and Christianity, the old Eurocentric social order, and fixed gender and national identities began to dismantle, a cultural space opened for new practices of ideological and social questioning. Along with the many positive social changes that began to develop at that time—for example, the political recognition of the rights of minorities and the introduction of flexible gender roles with progressive regulations on women’s equality in the job market—the greatest ideological crisis of modern capitalism soon began to materialize.

When the global market of media expanded with cable television and the Internet, and the public discourse became more and more democratic, many citizens in Europe and America found themselves swimming in information. Greater access to science and knowledge challenged Western ideologies, along with its foundational Christianity. An increasing number of Westerners felt overwhelmed with choice and the speed of life, with no single solid philosophical tradition as a context for examining their doubts. In this way, the new freedom from old rigid cultural restrictions generated anxiety. Since the 1960s, our postmodern era has been characterized by sociologists as one of "anguish" and "liquid fear," as well as "the culture of risk."

The contemporary human condition is by nature stressful and full of an unprecedented anxiety. This may be why, with its emphasis on peace of mind, yoga found a fertile ground in the West at the dawn of the postmodern age. And once the seed of practice was planted, many turned to it to find a remedy for the imbalances of daily life. Yoga has now become for many a practice to achieve liberation from the fear of failure, the fear of pain, and ultimately, the fear of change.

For me, yoga also provides liberation from my daily anxieties. Offering the prospect of a still mind that neither craves for earthly pleasure nor is distracted by suffering or pain, it promises the joyful coexistence of a strong body and the solid unchanging soul. It gives me mental stability in unpredictable times. As I share this belief in the liberating power of my practice with millions of other practitioners, the unity that lies at the root of the term "yoga" has yet another meaning. The unity of intent to free the mind from worries and unease underlies our devotion to this ancient practice. Thus, my understanding of yoga is personal, but I can’t deny that the eclectic postmodern culture of uncertainty in the West somewhat conditions me to do yoga, which relieves me from my everyday anxieties.

My yoga journey is a solitary one, but as I internally search for harmony, I am still connected with others who contribute to the global community of yoga practitioners. It’s uplifting to be connected with people who share my belief in basic yoga principles. Although we don’t all practice Sharon Gannon’s and David Life’s Jivamukti yoga style (translated as "freeing the soul"), all yogis around the globe are involved in some sort of an individual version of Jivamukti—that is, in seeking to be living liberated. This is, after all, what yoga in the West (and everywhere else) is all about.

Many thanks to my yoga teacher, Keren Cooksey, for having inspired me to write this article.

Anna Misiak has been practicing yoga for more than 12 years. She is dedicated both to her asana practice... Read more