Why Your Negative Thinking Is Normal 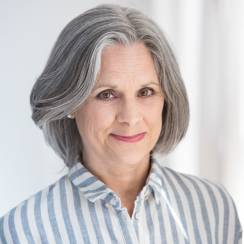 It was well before dawn when the whoops of a pack of marauding jackals shattered the peaceful night in rural India. Echoing off the valley walls, their howls and yips struck terror in the hearts of every small creature in the brush, along with a few yogis asleep in their beds at the Himalayan Institute’s Khajuraho campus where I stayed. “Human beings are not typical breakfast fare for jackals,” I reassured my aroused nervous system. My thinking mind knew this to be true, but the rest of me was not so sure.

The defense systems hardwired into our nervous system and brain run deep, and they are not easily controlled. Psychologists note a “negativity bias”—that is, our tendency to assume danger, and to respond more strongly to threatening stimuli than to the benign or positive. (Two-thirds of the cells in the amygdala, the brain structure associated with instinctive emotions and memory, track unpleasant experiences.) In the bigger scheme of things, it’s not hard to see how such a bias has crept into our inheritance. The placid bunny unprepared for a mad dash to safety is a likely jackal breakfast, while his nervous friend escapes. Our skittish ancestor mistakes a rope on the trail for a snake, while our easygoing would-be ancestor makes the opposite, and fatal, mistake.

Two-thirds of the cells in the amygdala, the brain structure associated with instinctive emotions and memory, track unpleasant experiences.

All well and good if we are really in physical danger. But who wants to spend their whole life in an exhausting and often unnecessary state of near terror? Furthermore, we humans, with much more self-awareness, memory, and imagination than a rabbit, feel threatened by not only jackals, but also by numerous and complex threats to our self-image, our emotional security, the fulfillment of our ambitions and desires, and our status in the family and society, to name just a few of the worrisome features of being alive in human form. But regardless of the origin or legitimacy of the perceived threat, the response of our nervous system is the same—it cranks up the self-preservation systems.

But wait, there’s more. The negativity bias is not the only cause of needless anxiety and negative thinking. Neuroscience tells us that even when we are sitting idly on the porch, supposedly relaxed and unconcerned about jackals, the default mode network (DMN) of the brain is active. The DMN is a network of interconnected brain regions, and it includes several areas of the brain associated with a wandering mind and self-referential processing—i.e., thinking about “me.” The DMN is constantly reviewing who we are and how we’re doing. And here’s the kicker—the default mode network brain activity correlates with unhappiness.

So now we have a trigger-happy self-preservation system, and a default mode of mental operation associated with unhappiness. Not exactly a promising recipe for deep inner peace and abiding joy! Fortunately, the sages and yogis understood clearly these tendencies of the mind, and they charted a number of ways to master and use this wonderful instrument skillfully.

We know from experience as well as research that yoga dials down the stress response and restores stability and balance to the nervous system. Body and breath awareness in asana develop concentration on inner experience, and it attenuates the obsessive state of “selfing” generated by the DMN. In short, hatha yoga regulates the unconscious functions of the nervous system and mind, which don’t necessarily act intelligently.

This training of the mind with hatha yoga sets the foundation for meditation, which further concentrates the mind on something other than its usual preoccupations, allowing the power of pure awareness to surface. Studies show that the default mode network of the brain is relatively deactivated in meditation, and less active in general in long-term meditators. Meditators also have greater emotional resiliency, and they enjoy numerous health benefits related to a well-regulated nervous system.

Other aspects of yoga practice—including devotion, service, and ethical precepts such as the yamas and niyamas—guide us to act in accordance with our intelligence and best intentions, rather than blindly reacting to the promptings of the defense systems and unconscious mind. With the nervous system in balance and the roaming tendencies of mind attenuated, discernment, empathy, and compassion manifest. We then become happier and more at peace with ourselves and others.

The well-being engendered by yoga practice favors the right use of mental and emotional capacities, so that memory informs productive decisions, rather than nurturing grievances and regret. It also allows imagination to fuel creativity and new solutions to problems, rather than the hand-wringing anxiety that keeps us cowering in bed when the jackals howl.

So, the next time you are tempted to berate yourself for your negative thinking—or when you find yourself in the grip of hatred, anger, fear, or inertia—remember that the mind leans in that direction because your brain and nervous system are basically hardwired to favor psychological distress. Then recognize that you have the power and the tools to override the autopilot nervous system. You can put the brake on your reactions and let discrimination and clarity guide your inner states and your behavior.

When your rational faculty reminds you that humans are not breakfast for jackals, it’s easier to enjoy the call of the wild. And then you’re off to your meditation seat in the hour before the dawn.