Yes, I Go to Yoga for a Workout 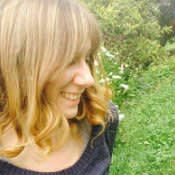 Dana Gornall
"Willpower is concrete, not ethereal. When you do something, you demonstrate your willpower, and it becomes all the easier to have the same power of will next time. When you perform your asana, you are physically demonstrating willpower through the expression of the muscles. Willpower is not just in the mind, but it is also in the body." —BKS Iyengar

My eyes open and adjust to the morning light. Head still fuzzy from sleep, I roll over and feel a scratchy paw brush my arm. The dog wants out. Picking up my phone, I glance at the time and groan. It’s 6:30 a.m. on my day off.

I yawn and stretch, noticing that my body feels good, normal—maybe a little too good. Yesterday I attended a yoga class for the first time in weeks, yet not an inch of my body feels sore. The focus of the class was pranayama (breath control). While I know pranayama is an important aspect of yoga, I was disappointed that the class hadn't been asana-focused.

After letting the dog out and downing a cup of coffee, I update my Facebook status: Is it weird that I get bummed out when I’m not sore after yoga?

The question I've posted is rhetorical and meant to be in jest, but it strikes me that wanting a workout from yoga may not be a popular mindset. Soon after posting, I receive quite a few responses telling me that yoga is not about being sore. And yes, I know this. I know that yoga is not just asana. I know there are eight limbs. But that doesn’t change the fact that I like the workout asana can provide. The truth is, yes—I do go to yoga for a workout.

The question I&apos;ve posted is rhetorical and meant to be in jest, but it strikes me that wanting a workout from yoga may not be a popular mindset.

My first yoga class was a Mommy and Me session held in an old factory in an industrial part of town. My seven-year-old niece had just moved in with us after tragically losing her mother, and I was looking for something she and I could do together. At the time, I thought I was fairly physically fit, but I was surprised by how difficult some of the poses were, and how weak I felt. Even though this particular class was mostly focused on the children, my inner fire had been stoked.

Soon after, I began practicing yoga at my local YMCA. Then I started dropping in at different studios, practicing different styles of yoga with a variety of teachers, bouncing around from one yoga class to the next. Each class had something unique to offer and each one affected me in different ways, but I still hadn't found exactly what I was searching for. And then I tried an Iyengar Yoga class.

As I watched the Iyengar teacher demonstrate poses I would never think of attempting, thoughts like You want me to put my feet on the wall and do what?! And you want me to bend backward over a chair?! ran through my head. Challenges like these almost made me not want to return. But each time I left class, my muscles trembled, my skin was damp with sweat, and I felt a little stronger. This feeling stuck with me for a few days. It felt good to sweat. It felt good to accomplish poses I didn’t know I could (or at least try to accomplish them). Most of all, it felt good to feel stronger.

Not only did these classes provide me with a physical workout, they also forced me to face my own ego as I struggled to balance, dared myself to hold a pose longer, and felt my muscles burn with exertion. I began to learn more about who I was and who I was not. I found out where I was weak, and where I was strong—not only physically, but mentally and emotionally.  Despite the fact that I don't normally like asking for help, I learned to ask for help if I was unsure about a pose or a prop. I learned to come out of poses when I could not hold them any longer, and I learned how to press on just a bit more in order to push past old limitations.

Iyengar Yoga was so different from the yoga classes I had attended previously, because it was so focused on alignment and precision. And also because of the props! I'd practiced with props before, but in Iyengar Yoga, their use was described in a manner that was much more specific and in-depth than in any other yoga classes I had taken. For me, the clear, detailed, and almost mathematical descriptions seemed to filter out all of the ambiguity in my mind. Explanations like: "place your foot 'here,' bend your knee to 'this' angle, hands are placed 'here' on your hips," gave my mind specific points to focus on. This style of yoga felt like a perfect fit for my unruly and rambling mind. I could hone in on what shape my body should make, and my "monkey mind" seemed to quiet.

Branching out from asana, I later attended a Yoga Sutra study group offered by my instructor. Positive life changes soon followed. I began eating healthier—becoming more aware of what I put into my body—and became more aware of how I felt when I didn’t move as much as I should. I began a meditation practice and picked up a guide to The Bhagavad Gita. Practicing asana was continuing to strengthen me physically, while serving as a catalyst for creating change in other aspects of my life.

When I move past the boundaries of what I previously thought my body was capable of, I feel like I am growing stronger as a whole person—mentally, physically, and emotionally.

Everyone seems to have an opinion on what yoga is, or should be, or what we are to gain from it. And as is the case with most opinions, everyone seems to think theirs is right. As for me? I can say that yes, I do go to yoga to get a workout, and no, I don’t hold any shame in admitting that. When I'm a little sore the the day after class, I feel like I put in some extra effort. That soreness is a steady reminder of the power of my practice. I can tell you that when I move past the boundaries of what I previously thought my body was capable of, I feel like I am growing stronger as a whole person—mentally, physically, and emotionally.

So yes, I go to yoga for a workout—a workout of my mind, my soul, and my body.

“If one keeps one’s aim to the maximum, Self-knowing will come. I say this because your mind and intelligence move deeper toward the inner body, bringing the mind closer to the Self—the core of being. The moment one goes a little more than the body wants to take, one is nearer the Self. The minute one says, ‘I am satisfied,’ the light of awareness and attention is fading.”

Dana Gornall is the co-founder of The Tattooed Buddha and mom of three crazy kids and a dog. She has... Read more