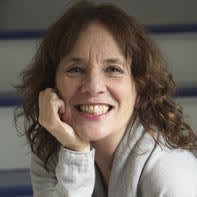 The moment I drove into Shambhala Mountain Center, high in the Rocky Mountains of Colorado, I began to worry. I had come to this spiritual retreat center to teach yoga, certainly not a novelty for me. But these women—all 65 of them—had cancer. These weren’t women who had beaten back the disease and needed to replenish their energy or regain their strength and flexibility—I had plenty in my yoga toolkit for them. These were women reeling from a new diagnosis or right in the throes of wrenching treatment—or, in a few cases, dying from the metastasized cells that had taken over their bodies. Could yoga really help them?

I joined the other Courageous Women, Fearless Living presenters on opening night: Judy Lief, a longtime Buddhist meditation teacher and author of , who would teach mindfulness training and meditation practice; Victoria Maizes, MD, executive director of the Arizona Center for Integrative Medicine, who would present the latest findings in integrative cancer research and nutrition; and Sofia Diaz, who would offer evenings of dance and expressive movement. I was eager to meet our guests and still hopeful that my trusty toolkit—poses for stiffness, digestive woes, and lymphedema; breathing techniques for nausea, fatigue, and anxiety—would help them through at least some of their challenges. As we all sat together in the Shrine Room, I met one woman who shook with Parkinsonian tremors brought on by a brain tumor; I listened to another ravaged by not one type of cancer but four; and my heart broke for the woman with uterine cancer who was young enough to be my daughter. With every tale told, I felt less confident that they would be able to do even the gentlest of my asana choices. The shiny gift I had brought to the party began to look pretty tarnished.

While each story and every diagnosis were obviously unique, I quickly understood that what connected these women and would hold them close together went beyond the physical manifestations of their disease and cut to the heart of their emotional pain and their fear—for their families and for themselves. I went back to my room that night and put aside my carefully scripted class notes. I set the intention to pay attention deeply and to meet the women wherever they were at any given moment—in other words, to truly teach yoga. From the opening Om of our first early morning practice to the final bow five days later, everyone moved, breathed, and cried. They learned to love themselves and support each other, and chose to embrace yoga and meditation as companions on the road to healing, from diagnosis through treatment, recovery, and sometimes even recurrence. And in the end, their hearts broke open to reveal a fierce strength and a tenderness that allowed them to protect, care for, and embrace a self that ultimately was larger than the disease inhabiting their bodies.

In the Yoga Sutra (2.16), Patanjali warns that suffering yet to come can and should be avoided; in other words, anticipate any future pain and just don’t go there. Not so easy when you’re awaiting the results of a biopsy, says Integral Yoga teacher Lynn Felder of Salem, North Carolina, herself a survivor of ovarian cancer.

We all suffer when our minds catapult into the future: “Am I going to die? What will happen to my children? Will I lose my hair?” Or get mired in the past: “If only I had taken better care of myself…If only I had been a better daughter, partner, mom, person…if only, if only, if only…I would not have gotten sick.”

The fear and anxiety a diagnosis triggers can actually make the illness worse.

The fear and anxiety a diagnosis triggers can actually make the illness worse, according to Bharat Aggarwal, PhD, professor of cancer medicine at MD Anderson Cancer Center in Houston, Texas. “Any time you panic, your body releases hormones that increase inflammation,” says Aggarwal, “and such inflammation can potentially increase tumor size.” His prescription? Slow down; learn to put your mind at rest; find your breath. In other words, as Patanjali said, don’t go there. And if you have a yoga or meditation practice, do it. Research shows that Aggarwal’s suggestions are right on target. For example, one Ohio State University study (published in January 2010 in the journal Psychosomatic Medicine) shows that doing yoga regularly reduces the level of inflammation—as measured by the amount of the cytokine interleukin-6 (IL-6) in the blood—that normally rises when you’re stressed. IL-6, according to the study’s authors, has been implicated in heart disease, stroke, diabetes, cancer, and arthritis. Even more interesting, the women in the study who had practiced yoga regularly for at least two years not only reacted to stress more calmly (with lower levels of inflammation) when it presented itself, but they had less IL-6 in their blood under normal circumstances, too.

Women from the Courageous Women’s retreat may not have been privy to the results of this or any other study, but they could attest to the power of yoga to help them get through the bad-news phase. One participant, Sarah Michaelson, took refuge in her yoga practice to keep her emotions from spiraling out of control when her doctors told her that her breast cancer may have metastasized and taken up residence in her ovaries. As her yoga instructor counted out the breaths in their pranayama practice that day, Sarah remembers, everything slowed down. “I noticed the inhale filling my belly and lungs. In a single moment, I am as big and boundless as the sky. The fear becomes a tiny droplet that evaporates with the heat of my exhale.” She felt a tremendous relief in knowing “that the stillness and peace were always there” if she could only make the time to access them.

While some women, like Sarah, find pranayama or seated meditation the perfect antidote to their anxiety, others find sitting still simply too agitating. Their nerves amplify the chatter in their minds. They need to get out of their heads and into their feet and feel the ground beneath them. They need to move—sun salutations, standing poses, and forward bends—not as a means of escape but as a way to calmly return to their center. Sarah Trelease, who co-teaches classes for women with cancer at OM Yoga in New York, encourages her students to receive what comes their way with the strength of a yogic warrior. Such a warrior can fearlessly meet the present moment, stand strong yet flexible in the face of whatever arises, breath by breath, regardless of the burning sensation in her thigh or the searing pain in her heart.

As the former editor-in-chief of Yoga International magazine, Linda Sparrowe has been instrumental in... Read more