Yoga and Vedanta: A Proven Path to Liberation 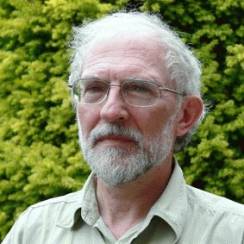 According to Indian scriptures, there are four goals in human life. Firstly, we have to abide by the basic laws of nature and society (dharma). Within that context, we may then set about pursuing our own ambitions; primary among these is acquiring sufficient finances to enable us to live (artha). Only then are we able to follow personal desires (kama). These three goals constitute the driving forces for the majority of people, but a few recognize that living within these constraints is bondage. Personal desires are transient and superficial. The perceived worth of achievements within society is determined by whichever cultural values happen to pertain. Even conduct and morality depend to some extent upon such transient influences as advertising rather than embodying fundamental principles of duty and justice. Accordingly, for such people, the fourth goal comes into play, effectively to escape the limitations of these worldly restrictions. This goal is called moksha in Sanskrit, usually translated as “liberation.”

This goal is called moksha in Sanskrit, usually translated as “liberation.”

In order to achieve liberation, Advaita tells us that knowledge of ourselves is required. Indeed, self-knowledge can be regarded as synonymous with moksha. It is said that our true nature is unlimited, perfect, and complete. Unfortunately, in our present state, we cannot believe this. Instead, we regard ourselves as embodied, suffering individuals doomed to grow old and ultimately die, our achievements meaningless.

Nevertheless, we cannot deny the logic which tells us that we must already be who we actually are. If we really are unlimited, then that must be our present condition. Any mistaken view must be the result of ignorance, so it is necessary that we correct our misunderstanding. “Who I am” is not something to be experienced; rather it is present as the subject in every experience. Indeed, experience may contradict knowledge, as in the example of the sun appearing to rise and set. Furthermore, any experience has a beginning and an end in time, even such experiences as samadhi. The aim of the teaching of Advaita is to correct all the mistaken assumptions we have made on the basis of our experiences.

Since our ignorance relates not only to ourselves but also to the world and to the ultimate nature of reality itself, there are many such misunderstandings to be corrected. Again, it is not that we fail to see things as they are; it is that we misinterpret what we see and come to the wrong conclusions. The commonly used metaphor is that we see a rope but mistake it for a snake. With respect to the metaphor, this is usually because the light is poor, and in order to correct the mistake we require a torch. In the case of our worldly misunderstanding, we require the light of the teaching of Advaita.

Rectification, however, is no easy matter. We have experienced (at least) a lifetime of seeing things wrongly, so the relearning process is necessarily a gradual one. Each wrong view has to be addressed, and this requires both faith and discipline, since we are initially convinced that our mistaken view is the correct one, and everyone around us supports this conviction.

The initial state of our minds is typically one of poor concentration, with habitually circling thoughts dwelling in the past or on futile speculation. It is scarcely surprising that this results in a complete inability to exercise discrimination. And it is this latter trait that must be cultivated above all others—the ability to differentiate between what is real and what is not.

...it is this latter trait that must be cultivated above all others—the ability to differentiate between what is real and what is not.

This is where the practice of Yoga disciplines proves so necessary. Patanjali speaks of the eight limbs of Yoga: abstention, observance, posture, breath control, sense withdrawal, concentration, meditation, and samadhi. Shankara’s version features the four accomplishments: spiritual discipline, dispassion, discrimination, and a driving desire to achieve moksha. Spiritual discipline, in turn, entails the sixfold qualities of mental discipline, control of the senses, living in moderation in accordance with one’s duty, patience, contemplation, and faith in the guru. The similarities are clear.

Without stillness of mind, the ability to control one’s impulses, and the faculty of discrimination—all of which result from the practice of Yoga—there is no possibility of taking in knowledge of the nature of the self and the world. Without such knowledge, no amount of practice or experience will ever bring about liberation. Advaita is the proven methodology that provides this knowledge. Together, Yoga and Advaita can take one all the way—truly a sacred alliance.