Your Brain on Yoga 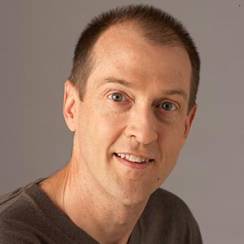 When I was in medical school in the 1980s, we were taught that after a certain stage of childhood development, the architecture of the brain was fixed. Brain cells, or neurons, couldn’t be replaced; at best, we could slow the rate of their loss by cutting down on alcohol and other damaging habits.

Neuroscience is corroborating what teachers and practitioners have known for ages—that yoga and meditation can literally change your brain.

But now, due to the growing sophistication of neuroimaging technology like PET scanners and functional MRIs, we understand that brain structure can change over time based on what we do. Recent research shows that even aging brains can add new neurons.

Scientists coined the term neuroplasticity to refer to the brain’s ability to reshape itself, confirming what the yogis have been teaching for millennia—the more you think, say, or do something, the more likely you are to think, say, or do it again. With every activity, neurons forge connections with one another, and the more a behavior is repeated, the stronger those neural links become. As neuroscientists like to say, “Neurons that fire together, wire together.”

Subjects who meditated 30 minutes a day for eight weeks had a reduction of gray matter in the amygdala, which is linked to fear and anxiety.

In the Yoga Sutra, Patanjali offers a recipe for success in yoga: steady and enthusiastic practice without interruption over a long period of time. This ideal formula takes advantage of neuroplasticity to rewire the brain. Swami Vivekananda once said, “The only remedy for bad habits is counter habits.” As your yoga practice deepens over time, it becomes a strong new habit that can compete with old patterns.

In yoga, you are systematically awakening your ability to feel what’s happening in your body, heart, and mind. As your awareness becomes more refined, it can guide you in all areas of your life. You begin to observe which foods make you feel best, which work you find most fulfilling, which people bring you joy—and which ones have the opposite effects.

The key is steady practice—whether it’s asana, pranayama, meditation, chanting, visualization, service, or all of the above. Just a little bit every day is enough to steer you step-by-step toward true transformation.

Timothy McCall, MD, is a board-certified specialist in internal medicine and is the author of Yoga as... Read more