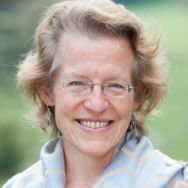 I’ve come to dread spring because of my hay fever. As soon as the season is in bloom, I start sneezing, my eyes get red and watery, and I feel fatigued for weeks—sometimes even months. I’ve tried antihistamines but they dehydrate me. Are there natural treatments that can help?

Yes. Natural systems of medicine—ayurveda, homeopathy, naturopathy, and herbalism, to name a few—recommend a variety of herbs, supplements, and lifestyle adjustments that can not only relieve your symptoms but begin to address the root causes of allergies from a holistic perspective. I can suggest easy everyday strategies that will guide you toward a sniffle-free spring. But first, let’s look at how allergies begin.

Physiologically, an allergic reaction occurs when your immune system over-responds to a non-harmful substance (such as pollen, dust, or dander) and attacks it as if it were a dangerous invader. Rather than protecting the body, this faulty immune response creates a set of symptoms that becomes a disease state.

You have many common allergic responses: congestion, sneezing, eye irritation, and fatigue. Other symptoms include coughing, wheezing, headache, itching, and hives. Substances that provoke these reactions are called allergens. In the spring, the most common allergens are pollens released from trees, grasses, and other plants. Allergens trigger the release of the compound histamine which binds to histamine receptors, stimulating the immune response that leads to allergy symptoms. Most allopathic treatments are anti-histamines (such as Benadryl, Claritin, Allegra, and Zyrtec) which block histamine from creating allergic reactions. These medications control symptoms but they often come with side effects like drowsiness, headache, dry mouth, loss of appetite, dizziness, and fatigue—and they do not heal the allergic state.

Address the Roots of the Problem

Reduce Ama and Strengthen Your Agni and Immunity Several holistic systems of medicine argue that folks develop allergies due to three factors: a compromised immune system, a weak digestive system, and toxic overload. As a result, natural treatments generally focus on strengthening these systems and clearing toxins. In the parlance of ayurveda, our agni (digestive fire) supports immunity. But when agni is weak, our digestion is incomplete, and the residue (or ama) of that unfinished processing becomes toxic waste in the body.

Yoga and ayurveda advise keeping your solar plexus and abdominal muscles strong to enkindle agni, reduce ama, and boost immunity. I recommend practicing leg lifts, stomach crunches, and a cleansing kriya yoga technique called agni sara—a breathing practice that activates the deep abdominal muscles and the pelvic floor. A beginner version of agni sara is to contract the abdominal wall, drawing the navel into the spine on the exhale, and smoothly relax on the inhale.

You can also take cleansing and/or immune-building supplements:

Chyawanprash This rejuvenative ayurvedic preparation is made from amla berry, which is cooked into a jam with over 30 tonifying herbs and fruits. It’s high in vitamin C and strengthens agni and immunity. Take one teaspoon once or twice a day with a warm drink (milk or herbal tea) through the winter months to support your immune system.

Astragalus (Astragalus membranaceous) This Chinese herb is best taken for a month before allergy season to strengthen immunity and fortify your constitution. Take one teaspoon of powdered root as a tea, or 500 mg in tablet form, three times a day.

Echinacea, goldenseal, burdock, and/or red clover Take these blood-cleansing herbs two to three times a day in tincture or capsule form, both before and during allergy season. Follow the dose on the package.

According to ayurveda, kapha, the elemental energy of earth and water, rises throughout winter and early spring. You can see the cold, heavy, damp qualities of kapha in the changing weather as the snow melts, the rain begins to fall, and the earth becomes heavy with moisture. The kapha within us also begins to liquefy, and we struggle with colds, allergies, and bronchitis, along with other kapha-related issues such as lethargy, weight gain, and depression. You can quell kapha with ayurvedic treatments that are heating, drying, and invigorating to balance kapha’s cool, moist, heavy qualities.

I recommend doing these kapha-pacifying therapies throughout the winter so that, when allergy season hits, there is little accumulated kapha to create the familiar symptoms. When you add some of the herbs, supplements, and strategies for reducing ama and strengthening agni and immunity, you can begin to eliminate the root causes of allergies—and enjoy spring in all its glory.

If you really feel like you need an antihistamine, try the all-natural bioflavonoid Quercitin. It is best used preventatively (starting six to eight weeks before allergy season begins) but can also reduce existing allergy symptoms. Take 400 to 600 mg one to three times a day, adjusting your dose according to need.

Stinging nettle (Urtica dioica) has been used as an anti-allergy herb for centuries. In one randomized placebo-controlled study published in Planta Medica, the leading international journal in the field of medicinal plants, 60 percent of the participants found nettles to be effective in reducing their allergy symptoms, and nearly half (48 percent) stated that nettles were at least as effective as their allergy medications. The recommended dosage is 300 to 350 mg of freeze-dried extract in capsule form one to three times a day. However, I’ve worked with patients who have reported marked improvement in their symptoms from simply drinking two to three cups of nettle tea daily.

In addition, many scientific studies have shown that vitamin C reduces blood levels of histamine in the laboratory, and a few more studies have shown the same in humans. Recommended dosing is 1 to 3 grams two to four times a day during allergy seasons (spring, summer, and fall); reduce dose if it causes loose stool.

If you’re susceptible to hay fever, allergists recommend staying indoors with the windows closed on dry windy days, washing your linens and clothing often, and running air purifiers in your house to remove molecules of pollen. Use a neti pot to rinse your nasal passages of dirt, germs, pollen, and excess mucus with a soothing saline solution; for best results, repeat this nasal wash several times a day.