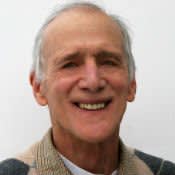 According to the Hatha Yoga Pradipika, life radiates within us in streams of energy called nadis. The central axis of these nadis is the spine, from where they spread like the limbs and shoots of a densely branching tree. Although the nadis number in the thousands (some texts say 72,000 and others over 300,000), 10 are commonly singled out for special notice. These are the nadis ending in the 10 “gates” of the body (eyes, ears, mouth, nostrils, anus, genitals, and center between the nostrils). Among these, three are of particular interest to yogis—those ending at the right nostril, the left nostril, and in the center between the two nostrils.

According to the Hatha Yoga Pradipika, life radiates within us in streams of energy called nadis.

The special branch of yoga that studies the upsurge (udaya) of flowing energy (svara) within these nadis is called svarodaya, or svara yoga. Through the practices of svara yoga, you can learn to be aware of the presence of these streams of energy, to discern how they shift and flow, and to observe their relationship with inner and outer life. The tantric text, the Shiva Svarodaya, states that ultimately such knowledge “is like a lamp capable of illuminating the vessel of one’s own Self.”

Energy in the Nostrils

The nadi ending in the right nostril is called pingala. The nadi ending in the left nostril is called ida. The central nadi, sushumna, ends at the point between the nostrils where the nasal septum joins the upper lip. The relative activity of these nadis is reflected in the flow of breath within the nostrils. Thus, when pingala is active, the breath flows more prominently through the right nostril, and when ida is active, the breath flows more freely through the left. When the central nadi (sushumna) is awakened, the two nostrils flow equally. Thus, the easiest way to identify the subtle activity of energy flowing in the nadis is to observe the relative dominance of the breath in the nostrils.

According to yoga, nostril dominance (or more precisely, svara dominance) tells a great deal about our state of being. The energy flowing through the right nostril is described as masculine energy and is characterized by an expansive mood. It is symbolized by the sun, expressed in physical activity, manifested in logical thinking and left brain activity, reflected in good digestion, and generates internal heat. When the right nostril is dominant, the mind favors the active senses (hands, feet, organs of procreation, elimination, and speech). This is conducive for undertaking actions that require strength and mental determination.

According to yoga, nostril dominance (or more precisely, svara dominance) tells a great deal about our state of being.

Energy flowing through the left nostril is described as feminine energy and is characterized by a more introspective mood. It is symbolized by the moon, expressed in self-reflection, manifested in intuitive or artistic forms of thought and right brain activity, receptive by nature, and generates coolness. When the left nostril is dominant, the mind favors the cognitive senses (taste, touch, sight, smell, and hearing). This is conducive for undertaking actions that are restful, require receptivity, and are inwardly oriented.

Finally, when the nostrils flow equally, the energy is associated with psychological balance and a state of quiet self-observation. This state is androgynous by disposition, symbolized by fire, expressed in mental quiescence, manifested in concentration and balanced brain hemisphere activity, and wise by nature. This is a highly desirable state for meditation. But since it is conducive to states of mind that are detached and lack worldly motivation, this is not a beneficial state for everyday activity. Fortunately, except during purposeful meditative states, equal levels of nostril activity occur only briefly during the course of the day.

Centuries ago, in the course of deep introspection, yogis found that for a person whose biorhythms are regular, nostril dominance will shift periodically throughout the day; each nostril is active for about one hour. This periodic shift was first observed by the scientific community in the late 19th century and is called the “nasal cycle.”

The yogis also discovered that some activities awaken the energies of a particular nostril. For example, sitting down to eat may awaken the right nostril, the nostril associated with digestion. Listening to music, on the other hand, may awaken the left nostril, associated with emotional sensitivity and the arts. By becoming aware of the rhythms of these internal energies, you can develop sensitivity to them. You can learn to know when you are acting in harmony with them, when you are struggling against their currents, and how you can change them to suit a particular occasion.

The yogis also discovered that some activities awaken the energies of a particular nostril.

To harmonize their external actions with these internal energy flows, yogis developed several techniques for voluntarily shifting nostril dominance. Some of these involve concentration alone—for example, slowly “pulling in” each inhalation and “pushing out” each exhalation while focusing on the nostril you want to open. Other yogic techniques for changing nostril dominance involve activating a reflexive response which opens one nasal passage and closes the other: Lying on one side, for instance, or putting pressure under the armpit with your fist or a shortened crutch, will open the opposite nostril.

In healthy people, nasal cycle patterns vary markedly from person to person, and even within the same individual at different times. For example, you may observe that sometimes one nostril seems completely blocked while the other streams open, and at other times the difference in dominance is much less obvious. Or you may find that one nostril remains dominant for most or all of the day. These sorts of observations arouse curiosity and may lead us to wonder whether they are indications of imbalances at subtle levels within.

Fortunately, you don’t have to go to a science lab to investigate. A simple technique for measuring your nasal dominance at home involves exhaling onto a mirror. Simply hold the straight edge of a pocket mirror against your septum and gently exhale. When you examine the mirror, you will notice two puffs of condensation, one from each nostril. (The mirror must be cooler than your breath for condensation to form.) The puff that takes the longest to evaporate came from the dominant nostril.

You can use this “cold mirror” technique to explore how your nasal passages respond when you lie on your side. Begin by measuring your nostril dominance with the mirror and then repeat the measurement after lying quietly (i.e., no reading, music, TV, or iPads) on your dominant side for 10 minutes or so. Did the nostril dominance shift? How dramatic was the shift? Did it persist? Or did it revert back to its original ratio relatively quickly?

You might consider doing more research. Measure your nostril dominance at various times of the day, or even at regular intervals throughout a morning, an afternoon, or an entire day. Do certain daily activities seem more effective or enjoyable with a particular nostril open? Does nostril dominance seem to have a relationship to your mood? Can you alter your dominant nostril with concentration alone, by “pushing and pulling” the breath through one nostril as some yogis do? Can you establish a firm awareness of sushumna during meditation practice, and thus anchor your concentration?

Measure your nostril dominance at various times of the day, or even at regular intervals throughout a morning, an afternoon, or an entire day.

Remember, at its core, yoga is a process of self-exploration. As you begin your experiments, keep in mind that we live in a complex world, one that is vastly different from that of the ancient yogis. The key to self-exploration is to honestly and systematically explore, not to duplicate (or, worse, feel bad about not duplicating) their findings.

The self-awareness you will gain from performing these simple experiments can become a starting point for a new dimension of yoga practice. It can provide a fresh context for many of the yoga practices you already do and a fresh vantage point from which to observe your life. As the Shiva Svarodaya assures us, “there is no secret more secret, no wealth more valuable, than svara yoga.”

President and Spiritual Director of the Himalayan Institute and a clinical psychologist in private practice,... Read more