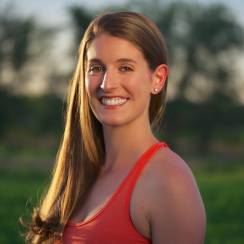 Take a moment and think about how much activity your body undertakes each day without you having to remind it. Isn’t it nice not having to remind yourself to take each breath, to digest this morning’s breakfast, or to put one foot in front of the other when you walk your dog? The body just knows what to do. It is inherently intuitive, adaptive, and constantly working out ways to make our daily activities easier.

Because of this inherent bodily intelligence, sometimes we find that our bodies take the “path of least resistance” without our even realizing it. For example, think about your posture as you drive to work early in the day compared to your posture on your drive home. Sometimes our posture has changed so drastically (think shoulders forward, chest caved in, upper back rounded, and belly disengaged) that we may even need to adjust our side and rearview mirrors. When did that happen? Over the course of the day, week, month, or year, our bodies can succumb to the effects of gravity. Instead of using the proper balanced muscle groups to support our joints, we then start to rely more on the support of the connective tissues (think ligaments, tendons, fascia) and certain muscles to take on all of the work that was meant to be shared with surrounding musculature. (For example, the lower back muscles may work extra hard to make up for lack of strength/engagement in the abdominal muscles.)

When this happens, the body is compensating—picking up the slack for shortcomings by working harder in one area than it should. Allowing the body to choose this “path of least resistance” can lead to greater issues down the road related to posture, energy levels, and overall health. Although compensation can sometimes be a good thing (allowing the body to perform needed movements regardless of limitations, such as when you have a limp—the limp itself allows you to walk in spite of an injury, pain, or limitation), anyone who has hurt a knee or ankle knows firsthand what happens when the body is forced to compensate for too long. Many times people develop pain in the uninjured leg while the injured leg is recovering. The uninjured leg simply has to pick up too much slack. Chronic compensations lead to imbalances which can lead to pain, decreased function, and increased risk of injury. Imagine taking these compensations into yoga class and trying a more advanced posture—probably not a good idea. We first need to take care of basic posture and movement, cultivating a balance of sthira and sukha (steadiness and ease) in our posture.

Everything in your body is connected. That means everything you do has some effect on your body, and compensations have a “trickle-down” effect on your joints. Changes in the knees, for example, can influence the demands on the ankles as well as the hips, spine, shoulders, and neck. This is called the “kinetic chain.” Any changes along the chain will affect other muscles and joints connected to the chain.

As a yoga teacher, this is one of the most common imbalances I encounter.

Let’s take a look at a typical desk worker’s posture. Generally, gravity pulls us forward and down, causing the shoulders to round forward and the chest to collapse. To compensate, the neck must extend and the head must move forward like a turtle sticking its head out of its shell (this is known as forward head posture) in order to see what’s in front of us (e.g., computer screen, tv, book).

This posture tightens the chest muscles (pectorals) and fronts of the shoulders (anterior deltoids); weakens the muscles of the mid back (mid and lower trapezius, rhomboids, and serratus anterior); tightens the neck extensors/upper back (upper trapezius and levator scapula); and weakens the neck flexors (the muscles on the front of the neck, including the sternocleidomastoid). This is known as upper crossed syndrome (also called upper cross syndrome). If you look at someone from the side and draw an imaginary “X” through their shoulder, you will find that one line of the X will often be associated with muscle weakness and the other with muscle tension. This generally occurs as a result of poor posture, poor movement technique, and/or imbalanced training. As a yoga teacher, this is one of the most common imbalances I encounter. Take a look around your workplace or grocery store, and you’ll see how prevalent  it is.

The upper trapezius and chest muscles compensate for lack of engagement in the neck flexors and mid back. Isn’t it gracious of the chest and upper-back muscles to be the heroes and bear the entire load? Maybe, but it also creates imbalances in the shoulder, neck, and back that could potentially lead to discomfort, pain, and even injury down the road. Loading, or putting weight on, an imbalanced joint is dangerous because we are perpetuating and magnifying the imbalance. Think about what you’re asking of your shoulder joints if you keep this posture while practicing a plank or chaturanga, for example. That’s a lot of pressure on the shoulder joints that should instead be shared with the surrounding musculature. We never want to load an unbalanced joint. Instead, take a step back and address your posture and alignment before attempting to put any weight on the joint.

Correcting these imbalances would start with lengthening and opening the tight muscle groups (upper trapezius, levator scapula, and pectorals) with stretches like  (cow face pose) and cactus arms to open the chest and shoulders and ear-to-shoulder stretch to lengthen the upper traps and neck. We also need to strengthen the weak muscle groups (neck flexors, lower traps, rhomboids, and serratus anterior) with chin tucking (for example, lengthening the back of the neck toward the floor in apanasana, knees-to-chest pose) to strengthen the neck flexors, and pulling exercises like rows to strengthen the upper back. With practice over time, this will help create a more balanced posture.

Yoga is a practice of getting to know our bodies. The more knowledge each of us gains about the tendencies of our own body, the easier it is to work to overcome compensations and asymmetries and strike a healthy balance in the kinetic chain. Sthira-sukham asanam is the goal—a stable yet easeful posture. Creating balance in the body will make it possible to cultivate a practice that is sustainable for life.

(Stay tuned for more specific information about correcting these common imbalances, including an in-depth look at chest, shoulder, and neck stretches and upper-back strengtheners.)

Jenny has a passion for all things movement. An exercise physiologist, yoga teacher, and self-proclaimed... Read more