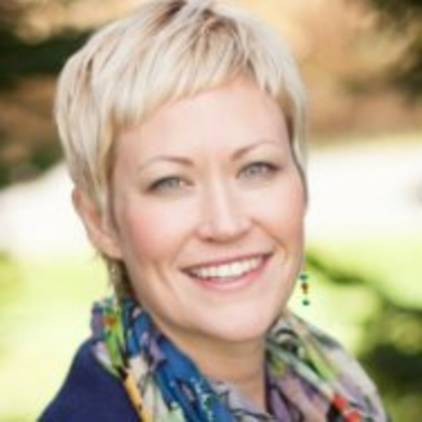 Amy’s formal study of yoga began in 1995 with Iyengar Master, Gabriel Halpern, although she was self-taught since the age of 11. While working toward her BFA at DePaul University’s Conservatory Professional Theatre School, (Chicago), Yoga was included in their curriculum. In mid 2003, Amy founded TheYogaScape in Carmel, NY where she continues to direct both 200 & 500 hour Yoga Alliance recognized teacher training programs. In both 2010 and 2011, TheYogaScape was named “Best Yoga Studio” by Hudson...(show full bio)